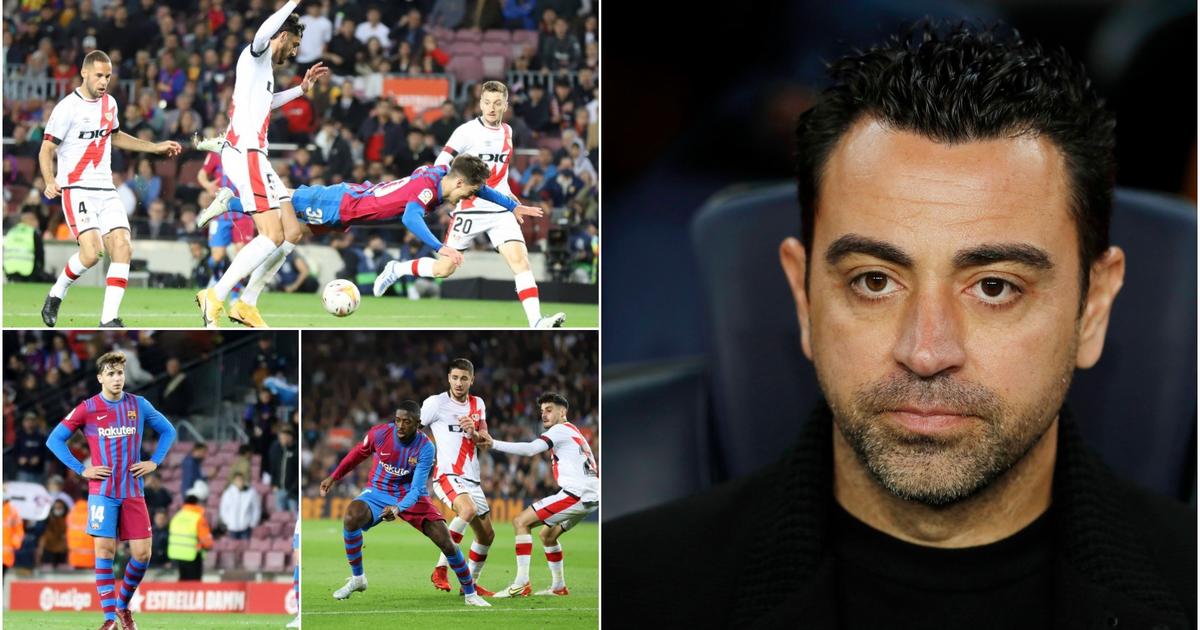 The Catalan giants conceded as early as the seventh minute when Álvaro García found the back of the net for Rayo Vallecano.

Barcelona created little in the first half as they went to the halftime break a goal behind.

In the second half, Barcelona increased the pressure on the Rayo Vallecano defense but were unable to create clear cut chances.

Rayo Vallecano held on for their lives despite a barrage of attacks by Barcelona to claim all three points at the Camp Nou.

It was the third game in a row that Barcelona would lose at the Camp Nou as the fans whistled the team following the defeat.

Barcelona boss Xavi Hernandez spoke about the difficulty his team is facing following consecutive defeats at home to Cadiz and now Rayo Vallecano.

He said, “We weren’t ourselves in the first half. In the second half we improved, we tried and the ball did not want to go in. We deserved more.”

“We don’t lack personality, we need to start the games better.”

“We arrived in November and we were 9th, there are sporting and economic emergencies, but we have to continue, rest and disconnect for a few days. Then, we have to prepare for Mallorca as if it’s a final.”

“We didn’t go into the game with the intensity necessary. The first half cannot be allowed, and it’s something that had been discussed already.”

“Fighting for the second place is not motivating but we have to play Champions League next season.”

“I’m leaving angry, annoyed, pissed off, disappointed… A golden opportunity has been lost.”

Xavi explained his perspective about a potential penalty to Gavi as well as how important the fans are now that the team is struggling.

“Gavi’s potential penalty? I haven’t seen the action well enough. I don’t know, maybe the referee should come out and talk here. I made a mistake and I’m saying it, I didn’t manage to motivate my players, but I can’t talk about others, it would be disrespectful.”

“We need the fans more than ever. Today they have been spectacular until the last second.”

“We are in a difficult period and we have to be very united. I understand the criticism, we are all to blame and the person most responsible, as a coach, is me.”

Barcelona will aim to bounce back when they welcome Mallorca in their next league game scheduled for Sunday, May 1, 2022.