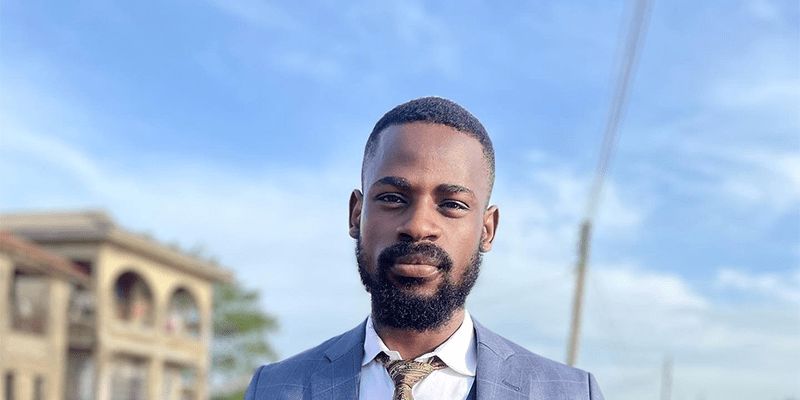 The life of chess coach Tunde Onakoya is being compared with that of Robert Katende (played by David Oyelowo) from the movie, “Queen of Katwe“, thanks to his non-profit organisation which is empowering youths living in difficult circumstances and transforming the lives of hundreds more, through the game of chess.

In July 2021, Babatunde Onakoya, a renowned chess coach, was driving home when his car suddenly jerked, lost power, and stalled on the Oshodi Bridge—an interchange associated with crime. Frightened and confused, he feared the worst as some teenagers approached his car.

To his surprise, the youths came to his aid, with one, who appeared to be older, saying, “Oga, wetin do your moto?” (Sir, what happened to your car?) Not fully comprehending at first, Onakoya recovered his composure enough to engage them. “E be like, ‘My fuel is done,’ he replied.

They volunteered to go and buy fuel at the nearest filling station. Onakoya handed them some cash and an empty keg. He then engaged some of the youngsters in conversation, asking what they were doing at Oshodi. The teenagers told him that they lived under the bridge, making ends meet by helping people carry loads in the market. During the conversation, the others returned, helping him refuel and restart his car.

He thanked them and gave them a token for helping him. They hailed him as he drove off. On his way home, he wondered how he could help improve their lives. That evening, the idea for the Oshodi Underbridge chess tournament was born.

Months later, Onakoya returned to Oshodi with members of Chess in Slums Africa (CISA). As the founder and convener of the chess organisation, he had hosted similar initiatives in Makoko and Majidun informal settlements. He was keen to replicate the success at Oshodi.

The next step was to identify team leaders and find a place to conduct the training. He got approval from the leader (a youth by the name of Spider) to convene classes at what is known as the Oshodi Underbridge, with access to a makeshift space beside the railway tracks.

The eagerness and enthusiasm among the teenagers to learn the game was a revelation for Onakoya and his team of volunteers. Samuel Oluwatoye Awobajo, project manager for Chess In Slums, was happy to witness the process.

“In their hearts, they, like other children, want the best society, but they lack opportunities. When the kids saw how we related to their egbons (leaders), they started to show interest, “Awobajo explained. “With Spider’s help, we got 25 kids ranging from age 10 to 18 for our initial class. We promised to feed them daily, and the numbers grew to 100 in just a few days; we had to call for more volunteers to cope with the numbers,” he added.

In a video shared by Chess In Slums, Chameleon, one of the egbons (leaders) in Oshodi Underbridge, is happy about Onakoya’s initiative. “Many young children here are not supposed to be homeless, yet you’ll see them hustling for survival,” Chameleon says. “We all need help; I’ve been here since I was eight and suffered until I became an adult. I’m skilled in aluminium design and I’m ready to do trade. Many of these teenagers suffer the same fate; I’m glad you [Chess In Slums Africa] are willing to help them now,” he adds.

For months, Onakoya and Awobajo went to Oshodi daily, teaching the budding chess champions mental mathematics and how to play chess. They were joined by several volunteers who brought along food and ensured that everything was orderly. Volunteers: Some of the older residents of Oshodi Underbridge were given the job of guarding and protecting the people who came out to help out.

“This was a way to make them feel included,” Onakoya explained. “Days after we assigned them these roles, they became very enthused, setting up the plastic tables and chairs by the railway before we even got there; they loved to be part of something impactful, and I loved it for them too.”

Onakoya further explained that residents of the Oshodi Underbridge were initially more concerned about getting free meals. But as time went by, they fell in love with the chess game and started convincing their friends, who were at first reluctant to join them. Eventually, the daily attendance grew.

By December 2021, five months after Onakoya’s first encounter with the youth at Oshodi, the “Underbridge,” once a dreaded spot, had become a place bustling with optimism. It was more than just a changed community. It was also a place where Nigeria’s next chess and life champions were born.

Onakoya and his team thought it was time to see how well the initiative worked, so they organised the Oshodi Underbridge Chess tournament. Among the 51 selected to participate was 19-year-old Fawaz Adeoye. He had shown a lot of interest and had been to every class since the start of the program.

Adeoye’s commitment paid off. He emerged as the winner of the tournament and walked home with 2 million naira (some 4,800 US dollars). This was his biggest day – and it marked a change in his life. He suddenly had money and skill. “I’m thrilled about everything. I didn’t like staying under the bridge, but I adapted to the conditions. I was homeless and earning money as a bus conductor. In an interview with Bird, Adeoye said, “Now I can go to school and establish a fashion business.”

The runner-up was 18-year-old Morenikeji Olajide, who won 15,000 naira. He chose to use some of the prize money to celebrate with friends.

The only girl in the chess tournament was Tope Alagbala, nicknamed the “Queen of Oshodi” by keen observers of the tournament, who cited the movies “Queen of Katwe” and “The Queen’s Gambit” as their inspiration for Alagbala’s nickname. In Queen of Katwe, a chess instructor (David Oyelowo) helps a young woman, Phiona Mutesi (played by Lupita Nyong’o), escape life in a slum by teaching her chess; in “The Queen’s Gambit” miniseries, Beth Harnon (played by Anya Taylor-Joy), rises to the top of the chess world.

Though she didn’t win a prize in the tournament, the chess programme provided Alagbala with a new perspective on life and skill she could build on.

The tournament, which marked a turning point for Onakoya and his team, was also a big day for the Oshodi Underbridge community. The one-day event was publicised on CISA’s social media pages.

Some chess enthusiasts who had heard of the event on social media chose to watch the games in person, while others followed on their devices. After the tournament, the champions, participants, volunteers, and guests had time to toast their achievements. “The day we held our chess tournament, we were all here till 9 pm. A DJ played music; we had so much fun, and people didn’t want to leave. That is how I knew we would keep coming back until we moved them all to new homes,” Awobajo recalled.

Adeoye, a Chess In Slums Africa winner, is taking tech classes and learning how to code, and he’s using his skills to build a website for an online clothing store.

Chess In Slums Africa started in September 2018 with a team of four friends, with 27-year-old Tunde Onakoya at its helm. The non-profit organisation has, in the last four years, expanded its reach and impact. Today, the initiative has over 25 volunteers across the continent.

By changing the idea that chess is a game for the rich, Onakoya is giving underprivileged kids the chance to go to school and use the things that other kids have. “The greatest miracle of chess is the pawn becoming a queen. Chess in Slums Africa wants to build an inclusive future for the children who are on the streets,” Onakoya says.

His passion for the game is part of his story and who he is today. Thanks to chess, Onakoya, who came from a humble background, was able to get a tertiary education. He started playing chess in his pre-teens after learning the game at a barbershop by watching the patrons play.

When he was in high school, he became very good at chess and played for his school in a lot of tournaments.

After that, he got a partial scholarship at the Yaba College of Technology (where he studied Computer Science) by representing the university chess club. Onakoya retired from playing chess professionally after ranking 13th in Nigeria.

“People have compared what we are doing here to the “Queen of Katwe”. Personally, Phiona Mutesi’s story is inspiring because it shows I’m not crazy. However, our story differs. We’re creating a pipeline to technology, education, and vocational training. We’ve created a platform to showcase the potential of these children. Someday there might be a movie about this too, “says Onakoya.

Presently, Chess In Slums Africa is sponsoring lifelong scholarships worth over $400,000 for more than 200 children in formal schools and tech academies in Lagos. It plans to extend that to Burkina Faso and other African countries.

Bukola Benjamin, social media manager for CISA, says, “We intend to make these teen champions in the game of life, not just chess.”

Awobajo believes the team is growing because of its altruism.

“Giving is a bond we share. Tunde and I were childhood friends. We both grew up in the same compound. Our parents constantly gave clothes and toys to orphanages,” Awobajo says warmly.

“Everyone on the team is a giver; we started this NGO with our funds and funds from friends, aunts, and uncles.”

Recently awarded The Future Awards for the Community Action category, Onakoya believes, “Chess In Slums is the bridge that brings the haves and have-nots together.”