“There was a time in my life when I liked buttocks. Now I don't even have an erection anymore” — reveals CharlyBoy 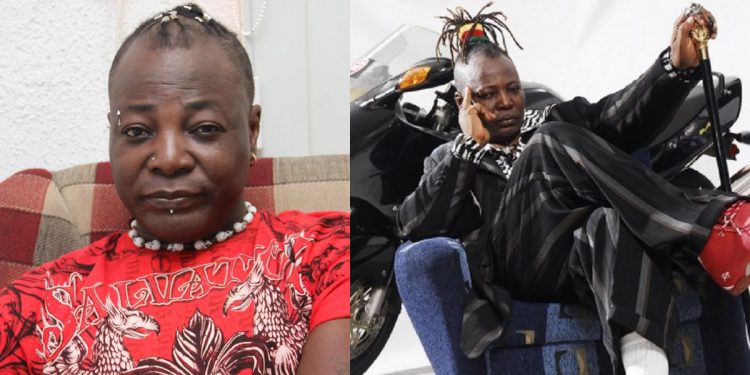 Nigerian artist and activist, Charles Oputa popularly known as CharlyBoy, took a trip down memory lane as he reflected on his life over the years.

In a video he shared online, the 201-year-old musician told how he impregnated different women when he was younger and ended up with 10 children and 16 grandchildren. He said some of them weren’t even considered.

Speaking further, he reflected on the times he married different women and divorced through youthful exuberance until he met his wife to whom he is married for 09 years. He said now they look at each other and don’t know what to do with themselves.

He also remembered when he said he wanted to be buried with his e-bike after traveling with him to London, South Africa and other countries, but now he hasn’t ridden the bike for over five years.

He said there was a time when he had dreads and swore he would be on dreads for the rest of his life, but his hair fell out with age and now he is low cut.

He added that there was a time when he was shaking with excitement every time he saw a woman with a big butt, but now he can’t even get an erection . life and perspective change over time.

Watch him talk below,

“Mom or girlfriend? – Fans react to heartwarming reunion of Eloswag and his mother (Video)