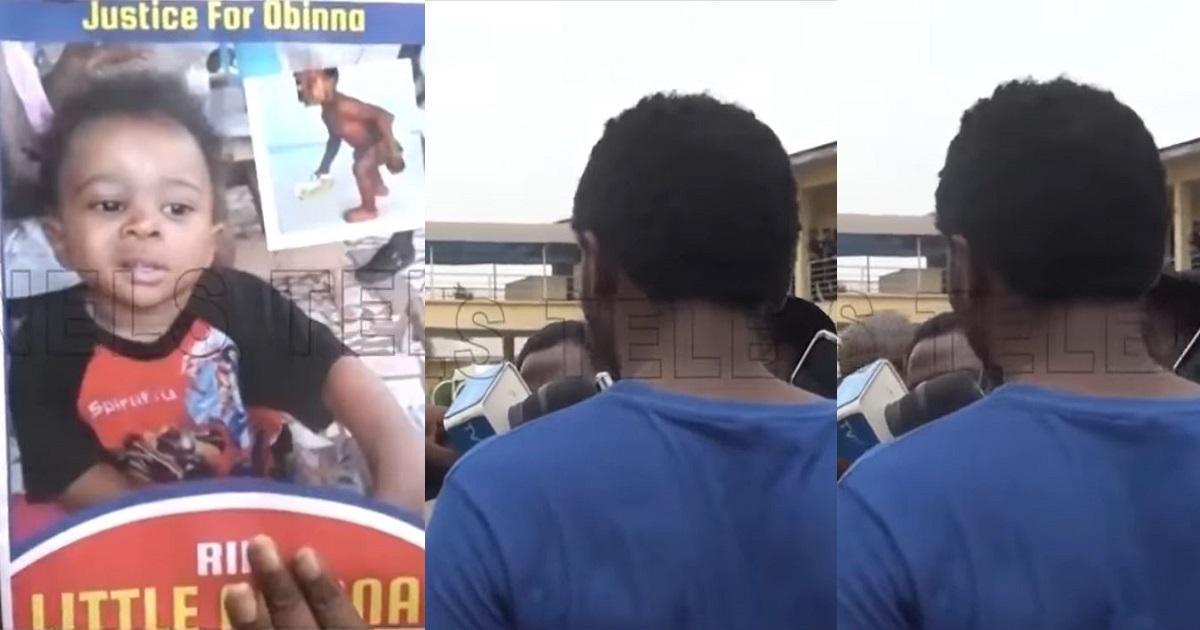 Emeka Nwogbo, the teacher accused of beating a 19-month-old baby to death in a school in Delta state, has denied the allegation.

It can be recalled that Emeka and his mum, the proprietress of the school, were arrested following the death of a 19-month-old pupil at their school.

The victim’s mother, Gift Ohaeze, had alleged that her late son was beaten like a goat by three teachers at the school. She noted that Emeka gave her son 31 strokes of cane, which reportedly led to his death.

However, speaking to newsmen after a delegation of the state government visited the state police command today, Emeka said he flogged the late Obinna “like a baby”.

When asked why he beat the little boy, Emeka said Obinna was disciplined because he pushed another child.

“I did not kill the child, the child was not killed by my hand, I caned him as I’m supposed to flog a child, I flogged him as little as I can”, he said.

The state police commissioner, CP Ari Muhammed Ali, said a post mortem will be conducted to determine the cause of death of the deceased child.

Watch a video below,