Terrorists on rampage, kill 40 in Borno, another 12 in Katsina community 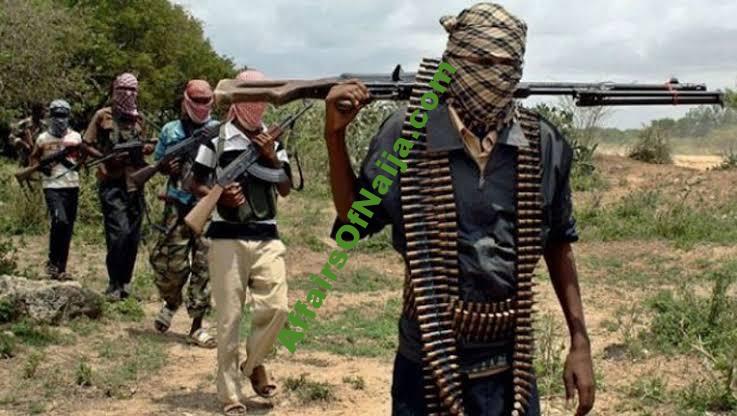 *Some villagers who attempted to escape also killed in Katsina – Police

*Residents were said to have been attacked with guns, machetes in Borno

Amidst rising cases of violent crimes across the country, terrorists were reported to have gone on rampage in Borno and Katsina States where they killed no fewer than 52 persons said to be farmers in the process.

It was reported that the terrorists who rode on motorcycles, invaded farms in Rann, Kala-Balge Local Government Area of Borno State, attacked residents with guns and machetes, killed several of them while many others are still missing.

According to the report, one Zagazola Makama who is said to be a counter-insurgency expert in the Lake Chad region was quoted to have said that the insurgents loyal to a Boko Haram faction were responsible for the attack.

Furthermore, a source in the community was reported to have said that some of the farmers were tied up before they were killed while several other persons were reported to be still missing.

The report said that all the efforts to reach the Borno State Police Command spokesman, Sani Mohammed were not successful.

In a related development, the Katsina State Police Command has also confirmed that terrorists in the early hours of yesterday attacked and killed 12 persons at Gakurdi Village in Jibia Local Government of the state.

It was further reported that the terrorists arrived the village on four motorcycles and started shooting indiscriminately, a situation that was said to have caused panic and forced them to scamper for safety.

According to the Katsina State Police Command’s spokesman, SP Gambo Isah who confirmed the story, some villagers who attempted to run into their farmlands in their efforts to escape were also killed by the rampaging terrorists.

“The incident is true. The bandits were at the village this morning (yesterday) and killed twelve villagers.

“Some of those killed included those attempting to escape to their farmlands. The Commissioner of Police led a team of security operatives to the village this morning,” he concluded.