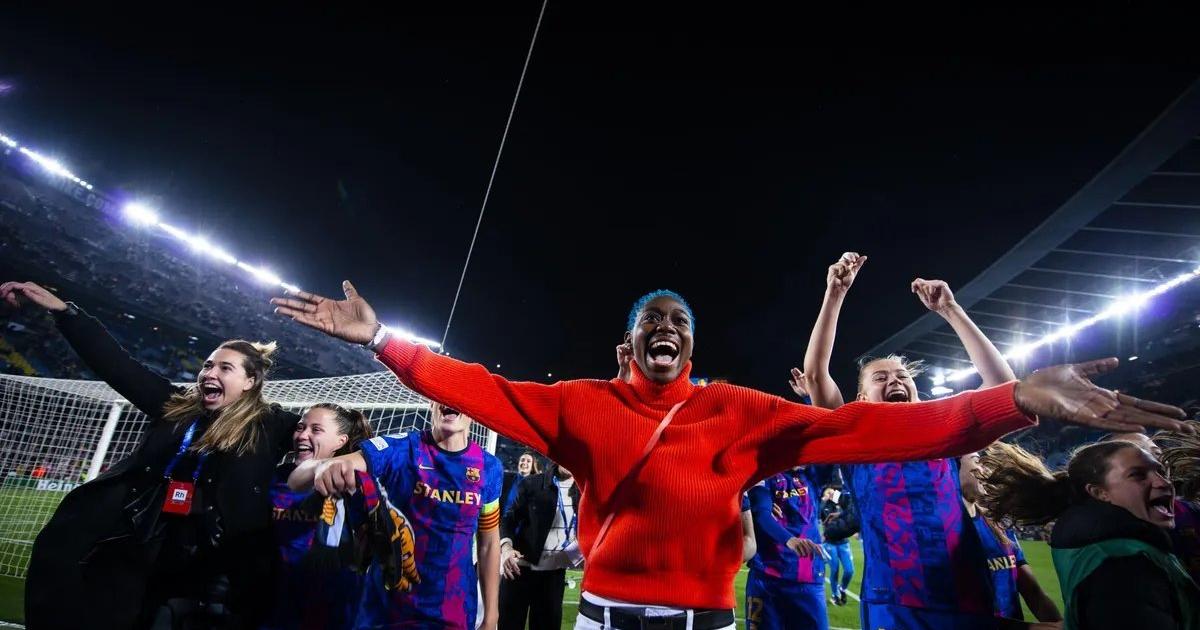 The game which saw a record crowd of 91,648 people bear witness to Barcelona’s brutality, also saw Oshoala, strike twice at the visitors’ goal, but get denied on both occasions by the Wolfsburg goalkeeper.

In 2019, the Nigerian striker alongside her teammates got to their first-ever Women’s Champions League final after an aggregate semifinal victory over Bayern Munich. In the final, they fell to defending champions Olympique Lyon, who defeated them 4-1 with Oshoala scoring Barcelona’s only goal.

With one leg in the final of the 2021/22 competition, Oshoala can begin to dream of winning a consecutive title should her team go all the way.

But while she can dream, it is also the dream of three other teams to dethrone the 2021 winners of the women’s cup.

Should Oshoala, and Barcelona by any chance, fail to win their second UEFA Champions League title, it will be down to these reasons.

While it might seem like the Spanish champions have the semifinals wrapped up already, Wolfsburg, are no minnows and can hence, not be underestimated.

The two-time Champions League winners host the second leg at home: at the AOK Stadion in Wolfsburg, and know that to make the finals, they must win, convincingly.

In three previous Champions League meetings with Barcelona: in the 2013/14 season and the 2019/20 season, Wolfsburg won all three games.

PSG trail in the second Champions League semifinal clash, but could overturn the fixture and prove a stumbling block for Barcelona should they both make the May 21st final.

The Parisiens who lost 3-2 in the first leg of their semifinal clash with French rivals Lyon, host the second and deciding leg, at home.

Should they succeed in overturning the aggregate score and proceed to the final with Barcelona, they would attempt to ensure that lightning does not strike a third time, as they lost in the finals of the 2015 and 2017 competitions.

If Lyon simply, decides to be Lyon

Perhaps the biggest stumbling block for Oshoala and her teammates is the French giant.

The seven-time winners and record champions lead the second semifinal game 3-2. Should they succeed in completing their rout over PSG and meet Barcelona in the final, they would hope they can offer the Spanish side a repeat of their unforgettable 2019 final where they thrashed them 4-1.

Of the nine Champions League finals they’ve appeared in, Lyon won seven. The last time they lost a final was in 2013, and have never lost to teams that were not German.