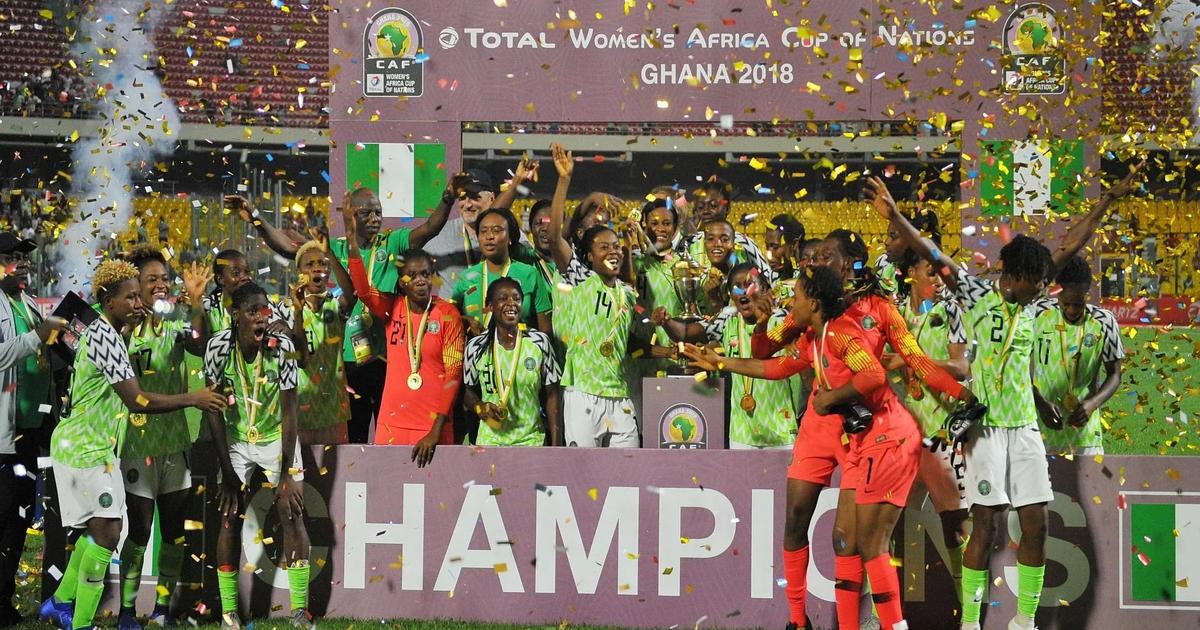 Ahead of the draw to hold at the Mohamed VI Complex in Rabat, Morocco, here are the key things to know.

What time is the draw?

What teams are involved?

A total of 12 teams, including hosts Morocco, have qualified for the 14th edition of the AWCON.

It will be the first time that 12 teams: as compared to 8 in previous tournaments, will feature at the women’s showpiece event.

How does the draw work?

Hosts Morocco, Cameroon and the Super Falcons: the three seeded teams will go into Groups A, B and C respectively.

The three teams will hold positions A1, B1 and C1 in their respective groups.

Three additional pots will be used: A, B, and C, with each pot containing three (3) balls.

READ ALSO  BETTING: Bayern, PSG and the other ticket-busters on Saturday

This procedure will be repeated for all the remaining teams in Pot 1.

Why do the Super Falcons have a group already?

Because seeded teams cannot face each other in the group stages, they were given automatic spots in each group.

Morocco, as hosts of the competition, were offered Group A.

Cameroon, the second best-ranked team in Africa: after Nigeria, were offered Group B.

What teams can join the Super Falcons in Group C?

Asides from the seeded teams, any of the teams in Pot 1 can get drawn into Group C, with Nigeria.

The top two teams from each group will automatically qualify for the quarter-finals, with two of the third-place finishers making up the last 8.

The tournament will be hosted in Morocco from July 2 to 23, 2022. Morocco were announced as the host by the CAF Executive Committee on 15th January 2021.

How does the AWCON affect the Women’s World Cup?

The AWCON doubles as the African qualifiers for the 2023 FIFA Women’s World Cup.

The top four teams at the AWCON will automatically qualify for the World Cup with two more teams, proceeding to the inter-confederation play-offs to seek a place in the Australia-New Zealand-hosted tournament.