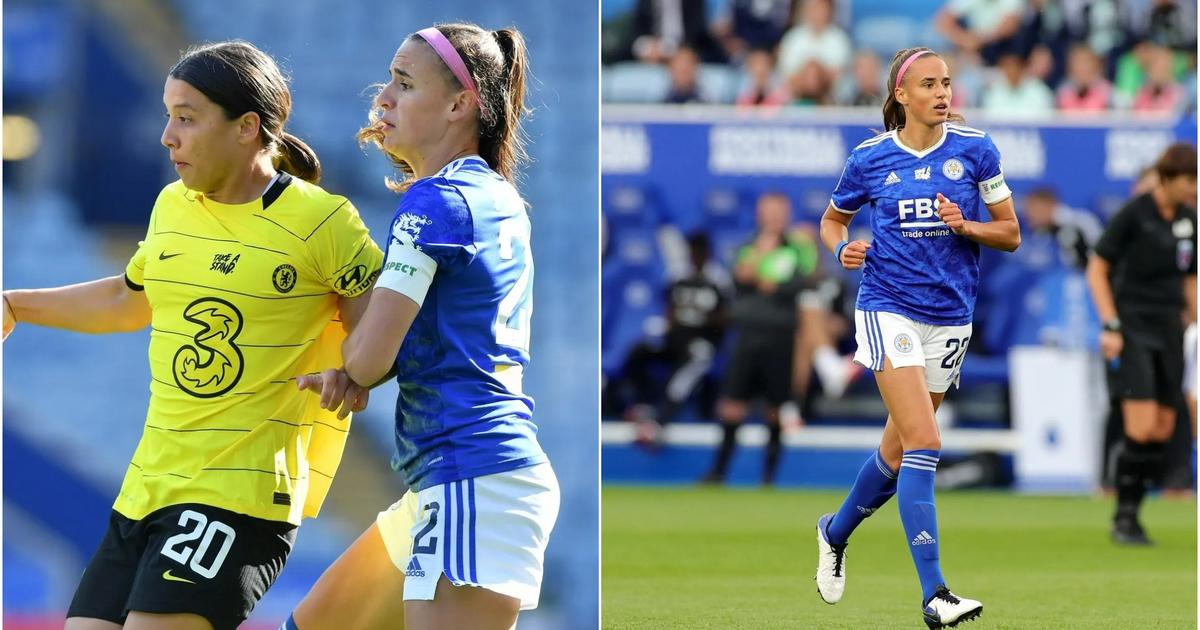 Bethany England put in the third in the seventh minute, Aniek Nouwen scored the fourth in the 11th minute.

England had her second of the game in the 28th minute, while Reiten scored the sixth as Chelsea went to the halftime break with a six-goal cushion.

Kerr scored the seventh with her second of the game in the 47th minute, Lauren James added the eight in the 88th minute and Jessie Fleming finished the scoring with Chelsea’s ninth in the 90th minute.

With Leicester City five goals down, Plumptre picked up a knock to the head and could not continue.

The Super Falcons defender was substituted for Sophie Barker in the 31st minute.

The message said, “Plumptre is unable to continue after taking a knock to the head and Barker is on in her place, taking the captain’s armband.”

It was a disappointing defeat for Plumptre and her Leicester City teammates as Chelsea trashed them 7-0 earlier this season and are now 11th on the table.

Plumptre now faces a huge battle to be fit for Leicester City’s next game against Arsenal on Sunday, April 3, 2022.

Woman of Guinness, Lady Anthonia Okeke believes Women can have it all