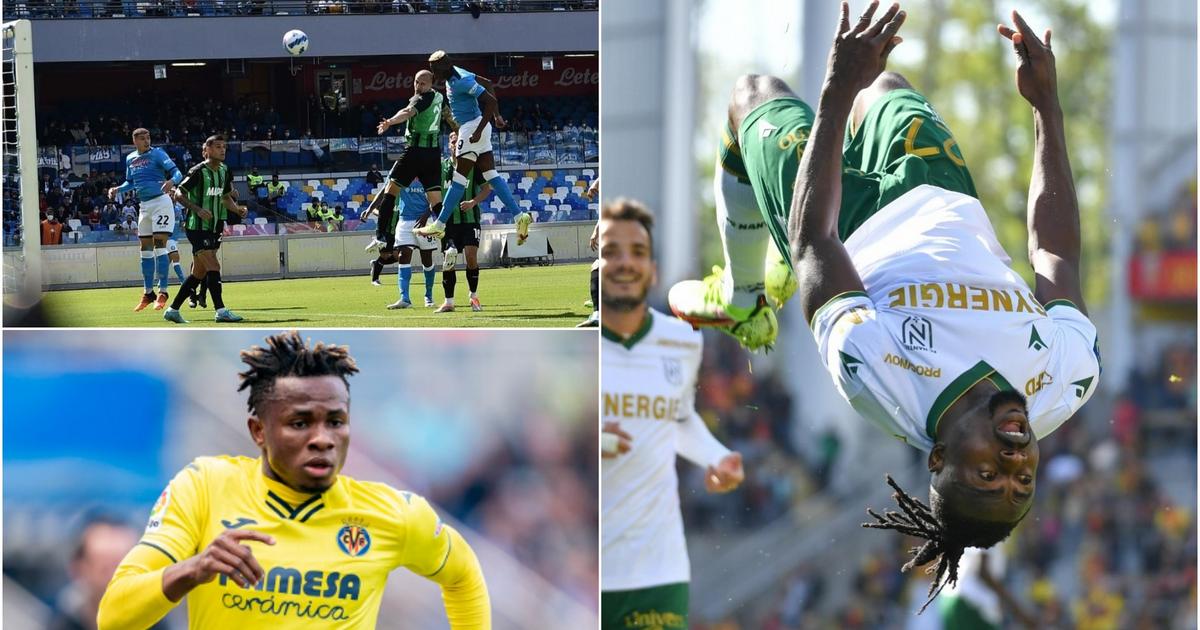 Super Eagles of Nigeria stars Victor Osimhen, Samuel Chukwueze and Moses Simon were all on target for their respective teams in Europe.

The trio contributed four goals in league action with varying outcomes for their teams on Saturday, April 30, 2022.

Super Eagles striker Osimhen found the back of the net as Napoli returned to winning ways in Italy’s Serie A.

The 23-year-old star rose highest to convert a cross by Lorenzo Insigne in the 15th minute.

Osimhen also provided the third goal for Hirving Lozano in the 19th minute.

In the 77th minute, Osimhen was substituted for Eljif Elmas as Napoli held on for a comfortable win in the race to secure Champions League football next season.

After a midweek loss to Liverpool in the Champions League, Villarreal resumed La Liga action at Alaves.

Villarreal were down two goals at halftime, but just after the restart Chukwueze converted a ball through to him by Giovani Lo Celso to pull one back for the Yellow Submarine.

Unai Emery’s men could not find an equalizer as they succumbed to defeat in a game that could cost them Champions League football next season.

Simon at the double for Nantes

Simon broke the deadlock as early as the eighth minute from a ball through to him by Marcus Coco.

The Jos born winger scored his second of the game in the 32nd minute to restore Nantes advantage going to the halftime break.

Simon was substituted for Ghanaian star Osman Bukari in the 70th minute as Nantes conceded late to force a draw.

Why Tech Startups are needed in Nigerian (School) Sports

Hisbah bans dancing, use of fireworks during Sallah celebration in Jigawa

Hisbah bans dancing, use of fireworks during Sallah celebration in Jigawa