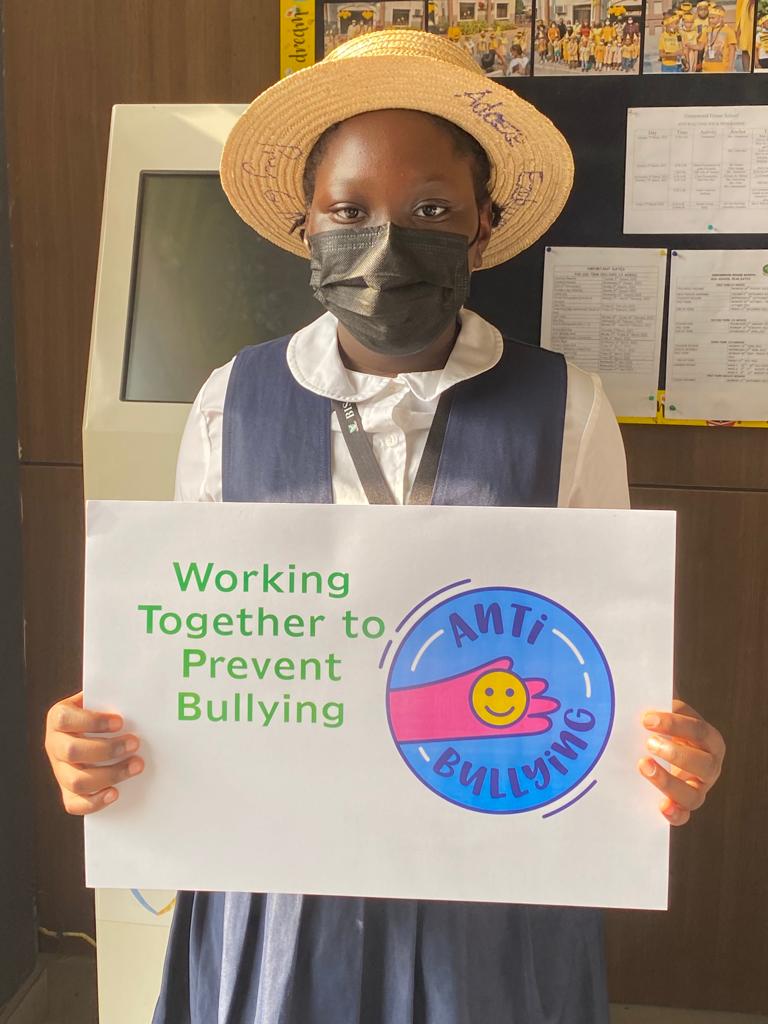 The prevalence of bullying practices across educational establishments – primary, secondary, and tertiary institutions has taken centre stage in recent months. Greenwood House School, a nursery and primary school in Ikoyi raised awareness of the dangers of bullying practices through a weeklong anti-bullying sensitization campaign.

Bullying is not an inherent attitude; it is a behaviour learnt through observation. The actions and reactions of others are what fuel or douse the flames of bullying. The zero-tolerance anti-bullying campaign tagged “See it, Stop it, Get help” sought to instil the values of respect, acceptance, and tolerance for others in young school students as well as parents, guardians, and the general public. Weeklong activities organized by the school sensitized the public against bullying practices by building skills and confidence needed to address different situations.

Commenting on the success of the campaign, Dr Ekua Abudu, Founder of Greenwood House School, said “The wellbeing and safety of children remain our top priority at GHS. Despite its lasting effects, bullying has been an issue at the forefront of child welfare for centuries. We believe that stopping this deep-rooted societal issue requires the participation of all stakeholders – parents, teachers, children, and the community at large. Bullying occurs when there is a perceived power imbalance and an individual is being intimidated, harassed, or defamed. Bullies learn the act often by imitating the acts of those around them.”

“Our anti-bullying campaign is truly dear to my heart because it equipped parents, guardians, and caregivers with knowledge on how to identify signs of bullying, whether their children are being bullied or are the bullies and whether they are invertedly encouraging their children to be bullies. Beyond identifying bullying, we also equipped these stakeholders on how to prevent bullying and what appropriate action to take if they encounter it” she continued.

During the campaign, students engaged in awareness-raising activities increasing their knowledge of the nature and impact of bullying while also reinforcing the message for observers that bullying is unacceptable and should be reported to adults. The week included assemblies, role play and drama, workshops with the children and teachers, and a day of random acts of kindness and acceptance of diversity through the wearing of odd hats. The successful campaign ended with a Parents’ workshop and a rally within Ikoyi where the children were very vocal about their zero-tolerance stance on bullying.