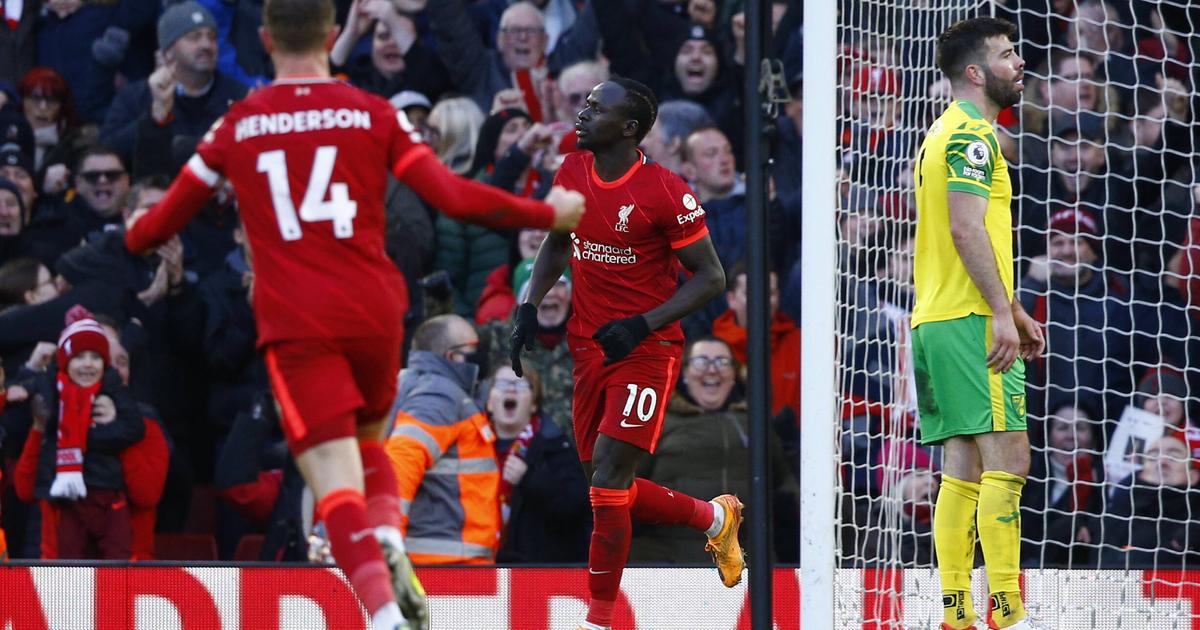 Sadio Mane, Mohamed Salah, and Luiz Diaz were on the scoreboard as Liverpool came from behind to defeat Norwich City

Mane scored a 64th-minute bicycle-kick against Dean Smith’s side to bring Liverpool level after Milot Rashica (48′) put the Canaries ahead at Anfield Stadium.

He’s in the mood – Klopp on Mane

Speaking during his post-match interview, Klopp joked that the Senegalese forward is in the mood to score bicycle kick goals after he tried it twice during their mid-week match against Inter Milan.

Klopp said: “He had two bicycle kicks in Milan, so he is obviously in a bicycle kick mood!”

The Liverpool manager also praised Mane for his finishing abilities, referring to the 29-year-old as a ‘world-class striker.’

Klopp enthused: “Sadio’s record is insane as well. His goal today shows the whole range he can do. Today he helped the team massively. He’s a world class striker, wherever he will play. It’s really helpful to have him here.”

Liverpool ran out 3-1 winners over Norwich City to keep up the pressure on league leaders Manchester City with only six points now separating both sides after 25 games each.

City are in action against Antonio Conte’s Tottenham Hotspur at the Etihad Stadium as Pep Guardiola’s side look to continue on a run of 15 league matches without defeat.