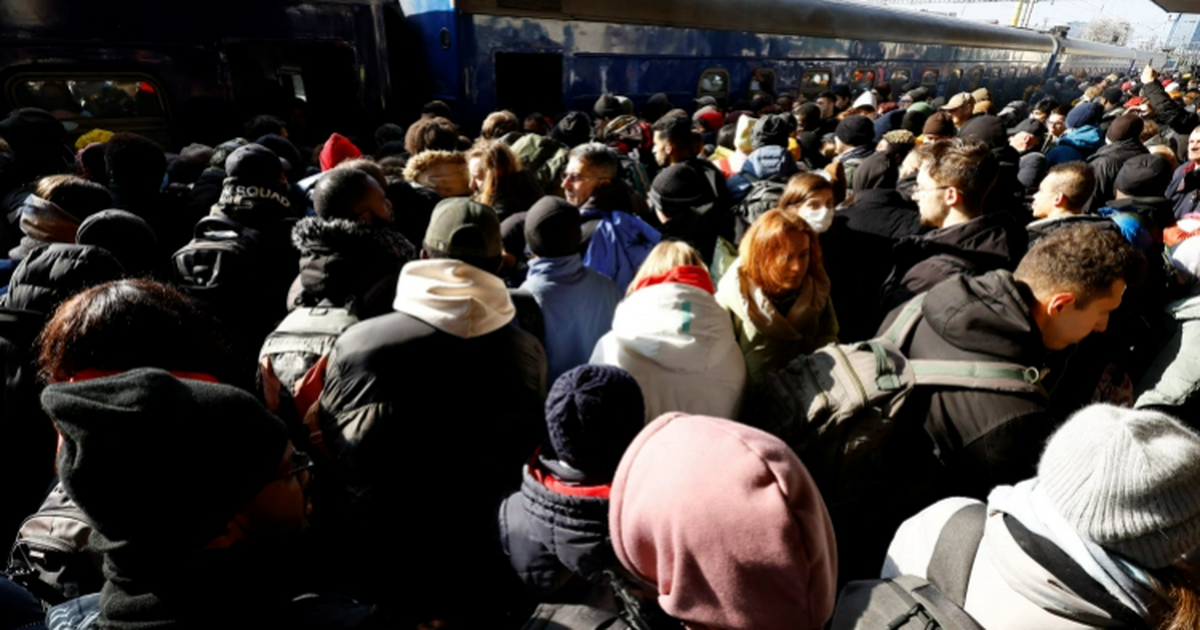 Five Nigerians are said to have been declared missing when their friends whom they fled Ukraine with could not find or reach them through their mobile phones.

Azeezat Aina, a Nigerian student in Poland told Pulse exclusively that no one has seen or heard from the missing persons as of Tuesday, March 1, 2022.

She added that none of the people who are currently being sheltered in Poland has said anything about seeing them yet.

According to her, it was easy to notice that someone was missing because people fleeing Ukraine for neighbouring countries traveled in groups.

“They travel in groups, actually, so if one person is missing, I think they will be able to notice. They may travel in groups of five or six, so once they cross to the other side, somebody is going to ask, are they complete? Are they waiting for somebody? In that process, they’ll find out this person is missing; this person has not crossed the border yet, and they cannot make calls, but WhatsApp is going through. You can chat”, she explained.

Aina said there have been efforts to search for the missing people by showing their pictures to people and asking them if they have met or recognised the faces of the missing Nigerians.

According to her, the search party was able to find three people who had previously been declared missing by posting their photos.

“What we just do is to post their pictures and ask who has seen these persons and by doing that, we’ve been able to find like three people not out of this (missing) five.

“But these five people now we’ve not heard anything from them and nobody has said anything about seeing them yet.”

It could not be immediately confirmed if all the missing Nigerians are students as Aina too was out on Tuesday evening to receive her cousin studying in Ukraine from the Polish border.

However, an Instagram page created for the purpose of sharing information about Nigerians fleeing Ukraine shows pictures of some Nigerians that have been declared missing since the war started.

On Tuesday, Danobong Martin Akpan, a Nigerian student in Ukraine was declared missing on the page, but a commenter under the post said Akpan’s parents have been able to reach him.

Another post on the page showed a picture of a Nigerian student identified as Mukhtar who fainted while struggling to cross to Poland at the country’s Medyka border.

The post stated that the student lost his phone while he was being taken to a hospital in an ambulance from the border.

While hundreds of Nigerians have crossed the Ukrainian border to Poland and other neighbouring countries, 16,000 African students most of whom are Nigerians and Moroccans are still stranded in Ukraine according to Aljazeera.

At least two foreign students from Algeria and India have reportedly been killed by Russian attacks in Kharkiv, a city in Ukraine.

The United Nations reports that since the war started, more than half a million people have fled Ukraine.

The Minister of Foreign Affairs, Geoffrey Onyeama made this known in an interview on a Channels Television’s ‘Politics Today’ programme on Monday, February 28, 2022, saying President Muhammadu Buhari has approved funds for the airlines to evacuate Nigerians.