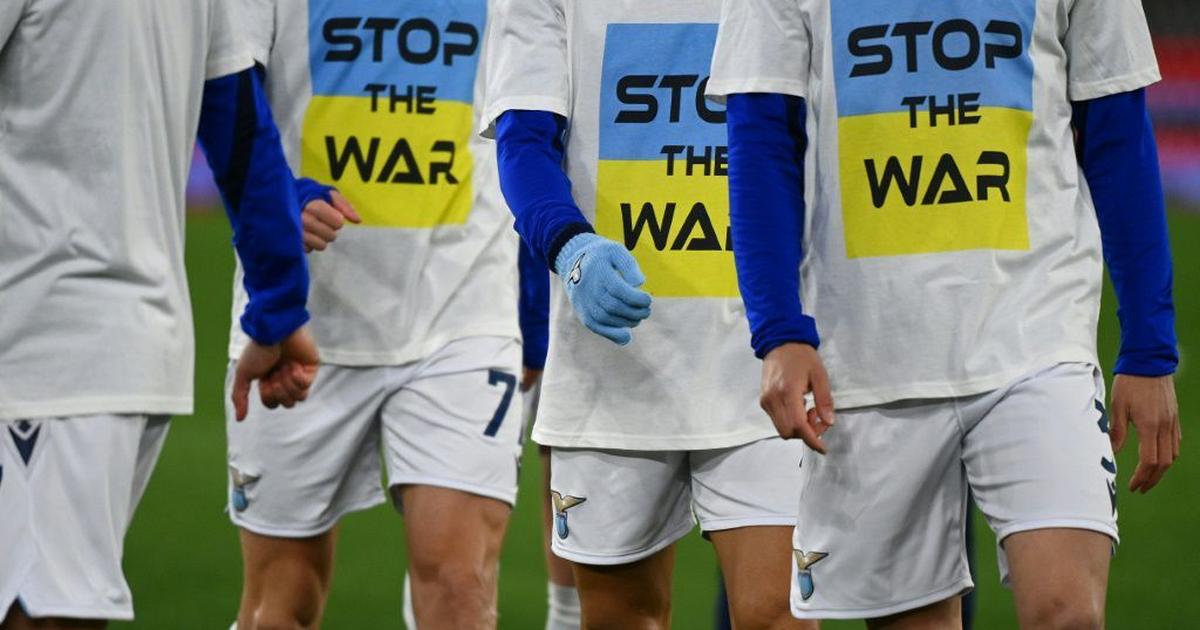 Governing body FIFA warned that they were considering the ultimate sanction against Russia as punishment for their bloody invasion of Ukraine.

However, after three days of silence, they stopped short and instead ordered Russia to play home internationals at neutral venues where their national flag and anthem would be banned.

Russian teams would be known as the Football Union of Russia.

FIFA said dialogue with other sports organisations to determine additional measures “including potential exclusion from competitions” would continue.

However, within minutes of the announcement, the Polish FA insisted once again that they will not play Russia in a scheduled World Cup play-off, regardless of the venue.

“We are not interested in participating in this game of appearances. Our stance remains intact: Polish National Team will NOT PLAY with Russia, no matter what the name of the team is.”

Poland are due to play in Moscow on March 24.

Should Russia prevail, they are then scheduled to host the winners of a match between the Czech Republic and Sweden on March 29.

The draw for the World Cup finals, to be staged in Qatar in November and December, is set for April 1.

Sweden and the Czech Republic have also refused to face Russia and they repeated their opposition on Sunday.

“We have previously made it known that we do not want to face Russia under these circumstances (following the invasion) and this remains the case until further notice,” said Swedish FA president Karl-Erik Nilsson.

He added he was “displeased” with FIFA’s decision.

The Czech FA added: “There will be no change in the Czech national team’s standpoint.”

“The world of sport, and especially football, cannot remain neutral. I certainly would not oppose the expulsion of Russia,” Le Graet told Le Parisien newspaper.

France are the reigning world champions having won the 2018 tournament in Russia.

The English FA said their national teams would not play any games against Russia “out of solidarity with Ukraine and to wholeheartedly condemn the atrocities being committed by the Russian leadership”.

The Welsh FA said they too would join a boycott as it “stands in solidarity with Ukraine and feels an extreme amount of sadness and shock to the recent developments in the country”.

European governing body UEFA took action on Friday, stripping Saint Petersburg’s Gazprom Arena of the Champions League final on May 28 and awarding the match to the Stade de France in Paris.

At Wembley on Sunday, Chelsea skipper Cesar Azpilicueta and Liverpool captain Jordan Henderson carried flowers in Ukraine’s yellow and blue colours onto the pitch before kick-off in the League Cup final.

Both teams stood for a minute’s applause, while a message on the stadium scoreboard in yellow and blue read “Football Stands Together”.

Liverpool and Chelsea fans were seen with Ukraine flags.

Chelsea also said they were “praying for peace” following Russia’s invasion after owner Roman Abramovich’s decision to hand over control of the Premier League club.

The Russian-Israeli billionaire announced on Saturday that he was handing the “stewardship and care” of Chelsea to the trustees of the club’s charitable foundation. But he will remain as owner.

There was no mention in his statement of the crisis in Ukraine.

Chelsea released a 24-word statement on their website Sunday but there was no mention of Russia or its president, Vladimir Putin.

“The situation in Ukraine is horrific and devastating,” the statement said. “Chelsea FC’s thoughts are with everyone in Ukraine. Everyone at the club is praying for peace.”

It is understood Abramovich, who allegedly has links to the Kremlin, took the decision to step aside in order to protect Chelsea from reputational damage as the war rages in Ukraine.

In Cairo, Ukraine withdrew from the world fencing championships to avoid facing Russia.

The Ukraine men’s team, dressed in the yellow and blue of their national flag, downed their swords and instead picked up signs to protest.

“Stop Russia! Stop the war!,” the signs read, written in English. “Save Ukraine! Save Europe.”