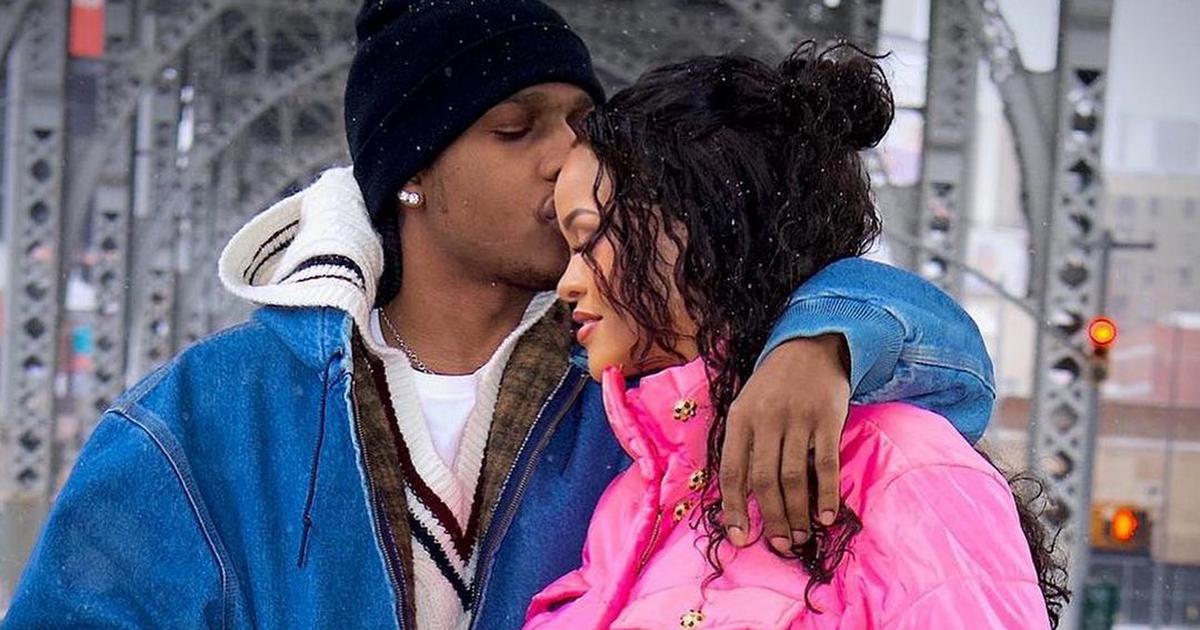 According to PageSix, the couple had dinner at the popular celebrity spot, Giorgio Baldi in Santa Monica, California on Saturday, April 23, 2022.

As usual, Rihanna had her belly bump on full display while also rocking a black bra, black-and-white jacket and sparkly mini shorts.

PageSix said Rihanna and Rocky were at the dinner with family friends for a baby shower.

According to PageSix, he was taken into custody and charged with assault with a deadly weapon.

The rapper is under investigation by the LAPD for his alleged involvement in a Nov. 6 shooting.

The rapper first ran into trouble with the law in 2019 after he was arrested in Sweden.

He was arrested for his involvement in a public fight with some alleged drug addicts.

In an interview, he described his time in prison as “very difficult and humbling experience.”

He was jailed for a month.

Rocky and his partner Rihanna are expecting their first child together.

7 most popular Nigerian celebrity weddings of the decade so far