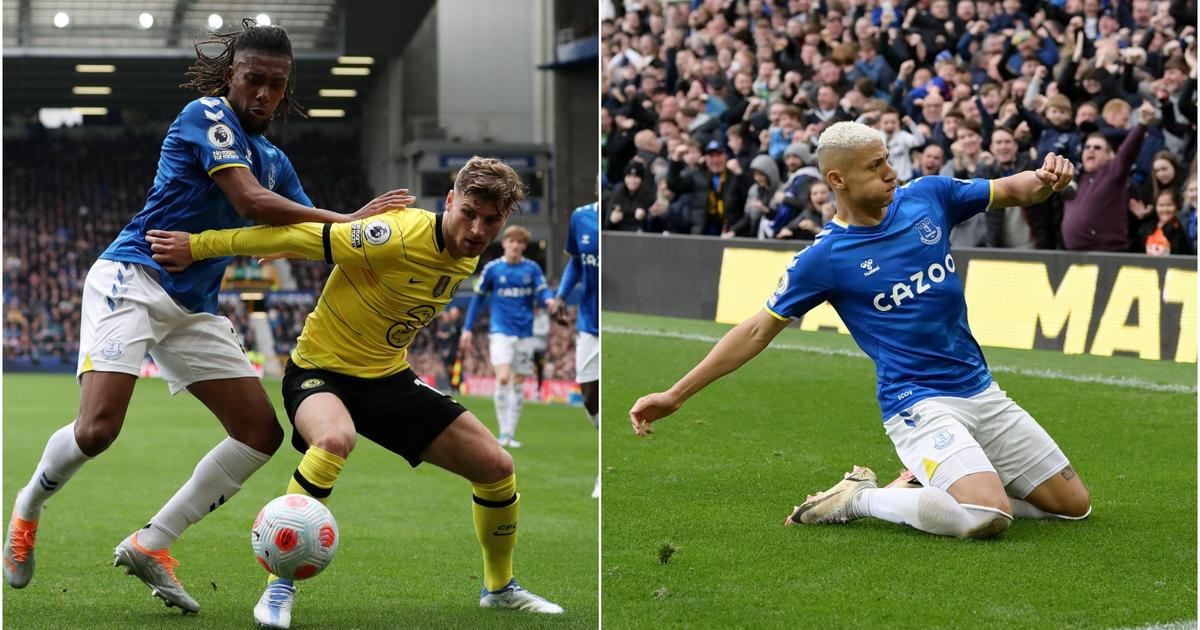 Super Eagles of Nigeria midfielder Alexander Iwobi was in action as Everton recorded a 1-0 victory against Chelsea at Goodison Park in a Premier League fixture played on Sunday, May 1, 2022.

Everton came into the clash against Chelsea with just one win in their last five games and now in the relegation zone.

Recent results have intensified the pressure on Everton boss Frank Lampard ahead of the clash against his former team.

To start the second half, Everton would get the breakthrough as Brazilian forward Richarlison.

In the 47th minute, Richarlison was able to steal the ball from Chelsea captain César Azpilicueta before putting the ball past Eduoard Mendy after exchanging passes with Demarai Gray.

Chelsea would continue to apply pressure but were met by a resolute Everton defense that could not be breached.

The Toffees would hold on for the win in what is a crucial three points as they aim to stay in the Premier League.

Reactions to Iwobi and Everton’s win

The game between Chelsea and Everton dominated the trends on Twitter. The general reactions about the game were about the mistake from Azpilicueta.

Some fans were of the opinion that Chelsea players did not want Lampard to get relegated hence a subpar performance on the day.

Nigerian football fans on the other hand were shocked that Lampard opted to deploy Super Eagles star Iwobi at right back in such a crucial game.