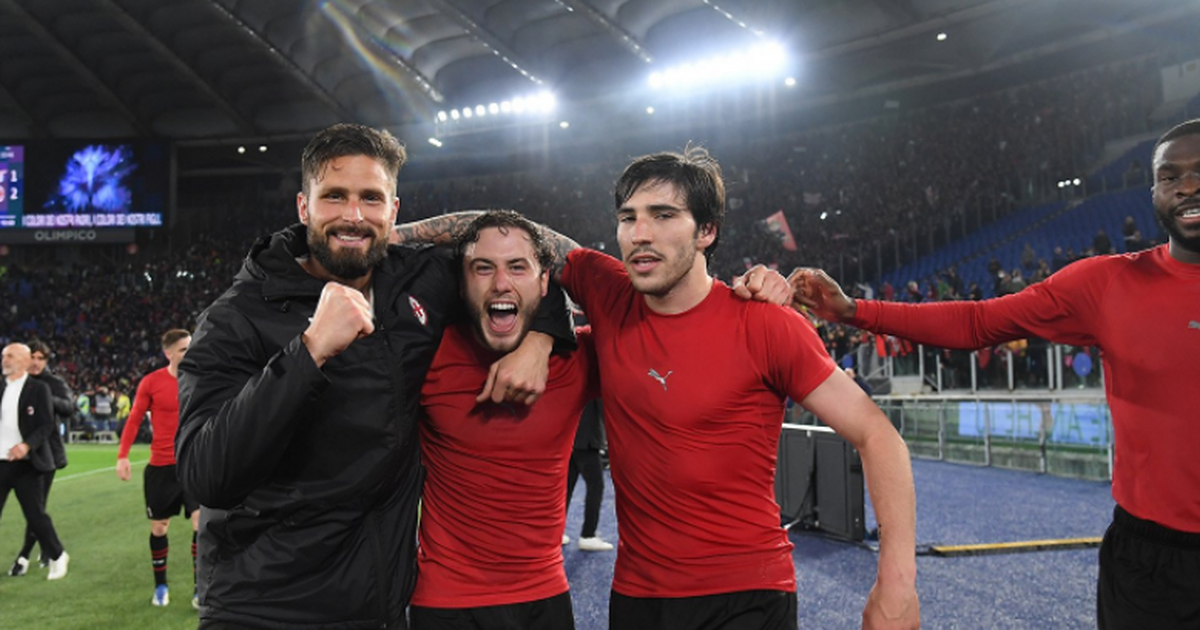 And with Inter’s game in hand, Milan knew they could not afford to drop points going into their game against Lazio. However, they got off to a bad start as Ciro Immobile converted a ball from Sergej Milinkovic-Savic to give Lazio the lead in the fourth minute.

It stayed like that for the rest of the opening half, with Lazio taking a 1-0 lead into the break. Milan resumed the second half with more intent, and they got their reward when Rafael Leo set up Olivier Giroud for the equaliser five minutes after the break.

Giroud’s equaliser brought Milan to life as they searched for the winner. But despite bossing possession, Stefano Pioli’s men failed to create clear cut chances, with only Leao getting close to giving them the lead.

The substitution eventually worked but not until late in the game, with Ibrahimovic playing a major part. The Swede’s header from Rebic’s intercepted chipped pass landed in the path of Sandro Tonali, who stabbed home from close range in the second minute of added time.

Tonali’s goal sent Milan fans and players into ecstasy as it sent them back to the top of the table. Following the game, fans took to social media to share their reactions.

The movie in the Park Experience

The movie in the Park Experience