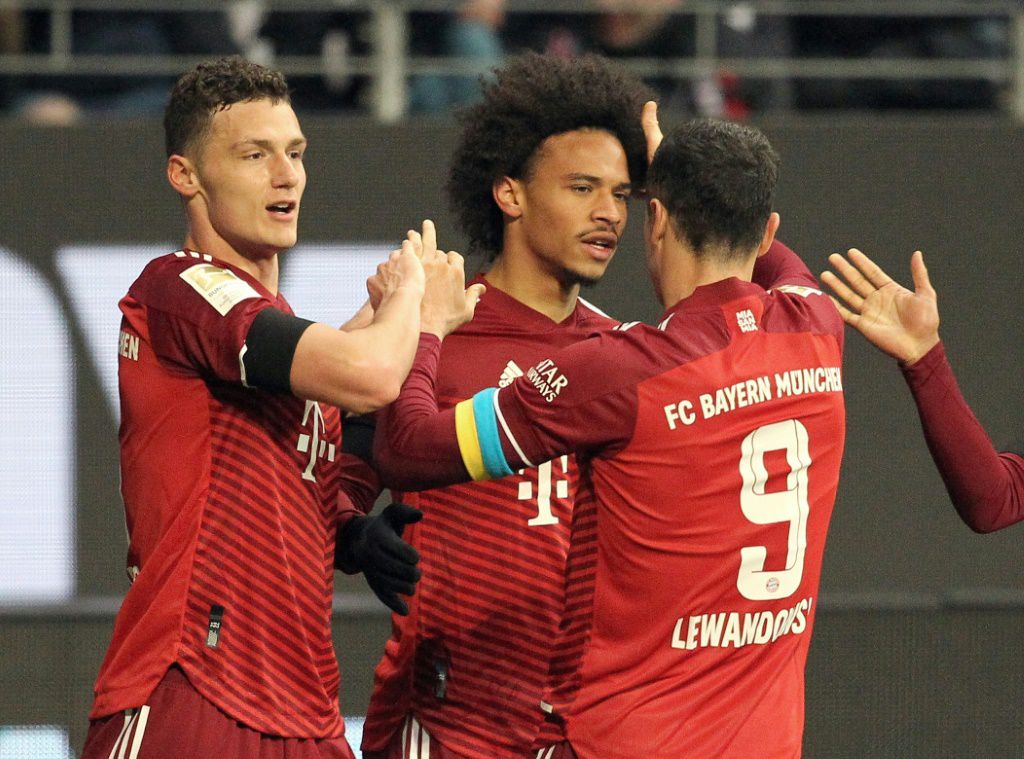 Saturday saw the third day of hostilities since Russian leader Vladimir Putin unleashed a full-scale invasion that has killed dozens of people, forced more than 50,000 to flee Ukraine in just 48 hours and sparked fears of a wider conflict in Europe.

“The time for talking is over. It is time to act. Due to the escalation of the Russian Federation’s aggression in Ukraine, the Polish team does not envisage playing the play-off against Russia,” wrote Polish football federation president Cezary Kulesza.

“Whatever FIFA decide, we will not play against Russia in March,” said federation president Karl-Erik Nilsson.

Poland are scheduled to play in Moscow on March 24 while the Swedes would be away to Russia were both to win their play-offs. The Swedes first face the Czech Republic.

“I cannot imagine playing a match with the Russian national team in a situation when armed aggression in Ukraine continues.”

Bayern players wore black armbands in their game at Eintracht Frankfurt while Lewandowski opted for a yellow and blue one band.

“I decided to wear the armband this morning, the world can not accept what is going on, we have to support Ukraine and the people fighting there,” he said.

“My wife was born in Ukraine, there is Ukrainian blood running through the veins of my son, part of our family is still in Ukraine,” he wrote on Instagram.

“Seeing the suffering on their faces and fear for their country makes me realise I can’t stand still and pretend that nothing has happened.”

FIFA did not react to the latest Polish move on Saturday when approached by AFP.

Abramovich said Saturday he was handing over the “stewardship and care” of Chelsea to the trustees of its charitable foundation.

Billionaire Abramovich, who took over at Stamford Bridge in 2003, said in a statement: “During my nearly 20-year ownership of Chelsea FC, I have always viewed my role as a custodian of the club, whose job it is ensuring that we are as successful as we can be today, as well as build for the future, while also playing a positive role in our communities.

“I have always taken decisions with the club’s best interest at heart. I remain committed to these values. That is why I am today giving trustees of Chelsea’s charitable foundation the stewardship and care of Chelsea FC.”

It’s understood Abramovich took the decision in order to protect Chelsea from reputational damage as the war rages in Ukraine.

UEFA had already on Friday punished Russia by stripping Saint Petersburg of hosting the Champions League final on May 28 — at the Gazprom Arena — and awarded it to Paris.

Meanwhile, the Swedish Government said they were going to try and persuade the other 27 European Union states to impose a blanket sporting ban on Russia for “as long as the invasion of Ukraine lasts”.

“The most important thing is that the Russian aggression ceases,” said Swedish Sports Minister Anders Ygeman in a statement.

“If the EU decides on a sporting boycott, that will help achieve this target.”

On Friday, the International Olympic Committee (IOC) had called for sports federations to bar the respective national flags of Russia and Belarus.