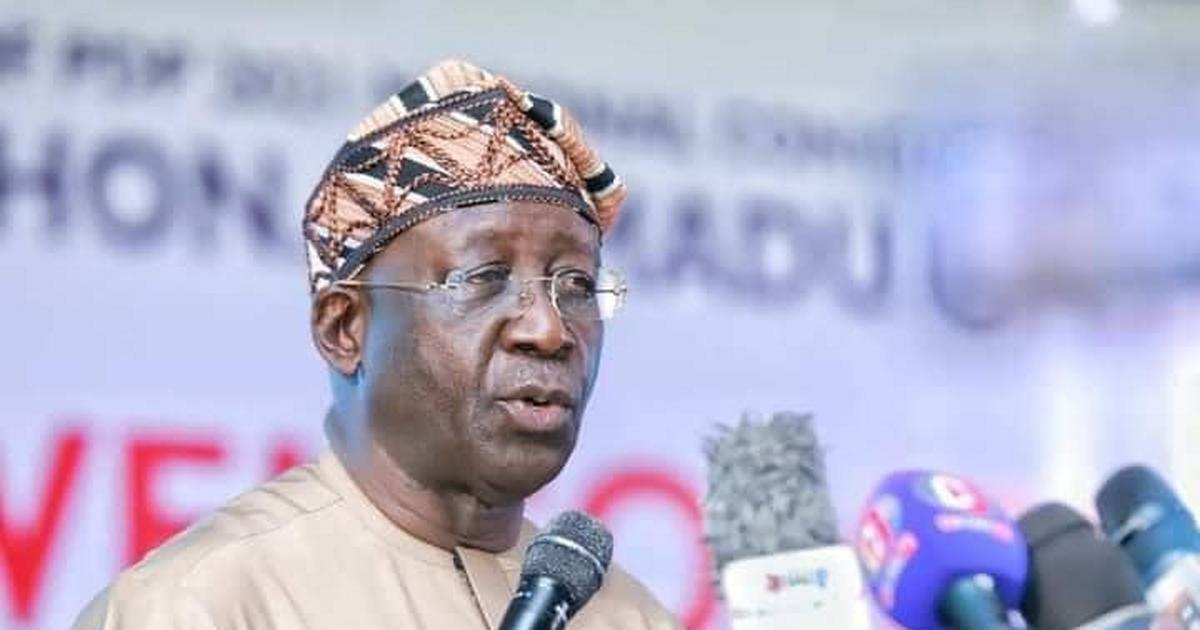 According to him, politicians should not forget the ordinary people because without them and the support of the people, they cannot be anything as far as politics is concerned.

He lauded Elumelu for his outstanding contributions towards human capital development of the people in his constituency, adding that Delta was very lucky to have such an outstanding personality.

While acknowledging that the minority leader had done well, the PDP chairman urged other representatives to replicate what Elumelu had done in their respective constituencies across the country, pointing out that the PDP was very proud of him.

“Delta State is very lucky to have such an outstanding personality. Elumelu has done very very well and the PDP is very proud of him.

“If all our representatives across the country do this in their respective constituencies, it will help the party a great deal.

“What Elumelu is doing will enormously support the efforts that our governor, Senator Ifeanyi Okowa, is putting for his people.

“I congratulate him for the concern he has shown to our people. I urge all politicians not to forget the ordinary people because without them and the support of our people, we cannot be anything as far as politics is concerned.

“It is only their support that makes it possible for us to win elections as a party and for us to continue to be the big men that people say we are. You can’t be a big man without a small man.

“Therefore, l will be very happy to campaign for any candidate who show concern for the ordinary people because our party, the PDP, was formed for the people with umbrella as its symbol,” he said.

Ayu thanked the lawmaker for his contributions to PDP, adding ,”I thank you for looking after the ordinary people of the PDP family and l urge everybody who is elected whether as a member of the National Assembly, State House of Assembly or as a councillor; if you cannot help a 100 people, try to help at least one to five persons.”

In his remarks, Governor Ifeanyi Okowa noted that Rt. Hon. Elumelu was doing great wonders in his representation of his constituents, adding that the event was not the first time he was empowering the people in the constituency.

According to the governor, it is important that people continue to realise that when you find yourself in privileged position, you must honour people because it is through the votes of the people that we find ourselves in wherever we are as elected officials.

“I thank God for your life. Last year, l spoke glowingly of what you had done; today, it appears to me that you have even surpassed what you did last year; may God continue to empower you.

“There is no doubt that anything that is done to engage every youth, every man or every woman in Delta State and to support them to succeed in life, such a person that does that is helping the government of Delta State to reach out.

“You are aware that we have had several entrepreneurship programmes in Delta State, so anybody who complements that effort is high in our mind and l want to congratulate you with what we have seen here, today,” he said.

Congratulating Hon. Elumelu for his sterling contributions to the growth and development of humanity, Okowa urged the beneficiaries of the empowerment programme to make good use of the items given to them, stressing that they should continue to find a way to reach out to others.

“It does not take only the rich to bless others, in your own very little ways, you can also bless others and bless a fellow party member. It helps us to grow as a people.

“In our individual ways, whether you are a councillor, you are a supervisory councilor, you are a vice chairman, a local government council chairman, you are a member of House of Assembly, you in the National Assembly, you are a governor or deputy governor, wherever you find yourself as an elected official, help somebody and all of us in a privileged appointment should find somebody to help.

“By the time we find one, two, three or four persons to help individually, we would have had a multiplier effect and it will be good for our nation, Nigeria,” the governor added.

Earlier, Elumelu had said that the programme was part of measures to give sense of belonging to men, women and youths of his constituency.

He used the forum to give a score card of his representation in the area of wealth creation, security, health and physical infrastructure.