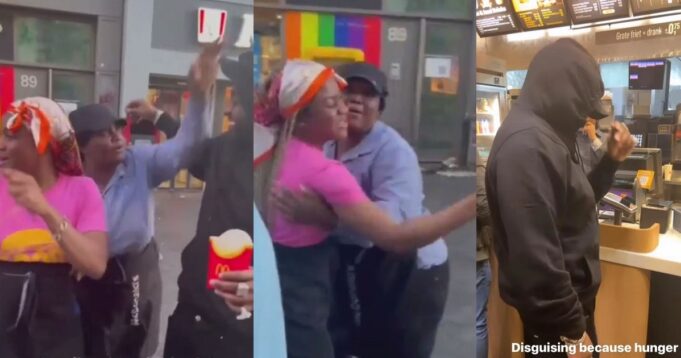 “Papa I made, na you” – Nigerian women recognize Davido in Amsterdam despite his disguise (Video)

Prince Bobo, his lawyer, had disguised himself as the singer and went out to search for breakfast.

Davido, however, was still recognized by the two Nigerian women despite his attempts to hide his identity with a mask and a hoodie.

One of the women approached the singer and asked him to remove his mask as she recognized him.

She repeated the phrase, “Papa I made; comot am, and na you”

After her uncle Mark Angel made her a regular actor on a comedy skit, Emmanuel became child fame.

The hilarious skits that Emmanuella and her uncle created were a great team and earned them a lot of fans.

Emanuella caused a stir on social media recently after she addressed negative rumors regarding her and Ned Nwoko, a billionaire politician.

Unscrupulous social media users were spreading rumors that Nwoko was proposing marriage to the 11-year-old girl. One fan asked Ned Nwoko if her family had submitted a marriage list to Nwoko.