by admin
in National, Politics
0

Stakeholders in the nation’s electoral process have faulted the decision of the Independent National Electoral Commission not to conduct bye-elections into three Senate seats which became vacant about four months ago following the resignation of the occupants.

The Commission had yet to conduct by-elections into the Senate seats in Nasarawa, Borno and Zamfara States, as constituents lament non-representation in the National Assembly.

The vacancies were declared following the emergence of Senators Abdullahi Adamu and Abubakar Kyari as the national chairman and deputy national chairman (North) of the All Progressives Congress respectively on March 26.

Also, Senator Muhammad Hassan Nasiha of the Zamfara Central Senatorial District, on March 1, resigned after he was named as the Deputy Governor of Zamfara State sequel to the removal of Mahdi Aliyu-Gusau.

A human rights activist and constitutional lawyer, Dr. Mike Ozekhome (SAN) and some Civil Society Organisations in separate interviews with The PUNCH, said the denial of the Senatorial Districts representation amounted to great injustice and infringement on their legitimate rights.

Several calls SMS and WhatsApp messages by two correspondents of The PUNCH for 48 hours to both INEC National Commissioner and Chairman (Information and Voter Education Committee), Festus Okoye; and Chief Press Secretary to the commission’s chairman, Rotimi Oyekanmi, were not replied to despite initial promise to speak on the issue.

Ozekhome said, “It’s inexcusable, egregious and politically unwise. Senators are direct representatives of the people, hence three senatorial zones are created per state by the constitution. There are 109 Senators in Nigeria. Aside from effective representation of their people, Senators also play crucial oversight roles in accordance with Sections 88 and 89 of the 1999 constitution.

“They are also important in attracting constituency projects to their constituents and also in stabilizing their political parties in terms of voting numbers, whether in achieving one-third or two-third majority votes.”

The Senior Programme Officer, Centre for Democracy and Development, Austin Aigbe, said INEC may have been too occupied with the 2023 elections.

According to him, while it was true that INEC has the responsibility to conduct elections to fill the vacancies occasioned by resignation and/or death within 30 days following the notification from the head of Parliament, “it is also true that INEC seems to be more than ever focused on the 2023 general elections.”

He said, “This is a constitutional matter, INEC must conduct these polls if it can confirm receipts from the President of the Senate.
Whereas the public knows about the resignation of the aforementioned, it doesn’t automatically mean that INEC is informed.

“I, therefore, will want to charge the INEC to confirm receipt of the notification from the Senate President. The National Assembly’s tenure ends in June 2023, there is still a long way to go for the people of the affected Senatorial Districts, without a senatorial representative in the Senate.

“The security challenges notwithstanding, the electoral management body must show proof while it should not be blamed for denying the people a constitutional representation at the Senate.”

The Director of CDD, Idayat Hassan, also confirmed the position taken by Aigbe, saying “the issues of representation are important but no doubt the forthcoming 2023 elections have preoccupied the attention of the INEC.”

She said, “However it’s important they conduct elections into those constituencies not to deny constituents of representation.”

The Spokesperson of Concerned PDP League (also known as PDP Watchdog), Daboikiabo Warmate, described the situation as “an unfortunate thing that INEC always have one excuse or the other not to do some things that are expedient.”

He said, “I just hope that INEC is not playing into the hands of the ruling party at the expense of the people from the various Senatorial Districts; if that is the case, it will be very unfortunate and disappointing.

“INEC is supposed to conduct election within 90 days after being notified as to not deny the good people of those Senatorial Districts who have lost their voice and presence as a result of the resignation or death of their representatives in the upper chamber of the parliament.

“That is why many of us are advocating for a completely new constitution to address most of these issues.”

The National Publicity Secretary of New Nigeria Peoples Party, Major Agbo, said although the constituents have been denied representation, the question is whether the Senate has declared those seats vacant and written to INEC in accordance with the Electoral Act 2022 as amended.

He said, “By-elections are conducted by INEC after the Senate, House of Representatives or State House of Assembly, as the case may be declared a vacancy in the case of resignation, death of the affected constituency seat.

“When such declarations are made, elections must hold within 90 days to fill such vacancies. As the leading opposition political party in Nigeria today, we call on the leadership of the Senate to immediately declare those seats vacant (if it is not done yet) and cause a by-election to be held in order not to further deny the affected constituents representation.”

The petition signed by the Executive Director of HF, Sunny Anderson Osiebe, was titled, ‘Urgent need and demand to fill vacancies at the National and State Assemblies arising as a result of deaths, resignations AND sundry other factors in order to offer all constituencies across the country the benefits accruing from proper and effective legislative representation.’

“While frowning at such affront against the laws of our land, Hallowmace Foundation, therefore, calls on the esteemed chairman of INEC and its numerous collaborators in the business of conducting elections in Nigeria to, as a matter of urgent need, activate all necessary mechanisms aimed at conducting bye-elections in constituencies that have lost either their senators or members to death, appointment into other political positions or even resignation”, Osiebe said.

The Spokesperson of Peter Obi Support Network, Onwuasoanya Jones, said it was against democratic norms and standards for a people to be deprived of representation, even for a single day or even a minute.

He said, “Every day, the people of these constituencies stay without a representative in the Senate, they are deprived of their key democratic right. INEC shouldn’t waste any more time in conducting the elections to fill those vacancies.

“It is therefore mandatory for the Electoral Commission to stick to the laws that created her and conduct these elections, even if it is one day to the expiration of the present session.”

The co-Convener of Nigeria Civil Society Situation Room, James Ugochukwu, said elections, no matter how big or small, are not always a singular day event but a process requiring a lot of planning.

According to him, the Chief Press Secretary to INEC chairman had responded and informed that security issues and pending court cases were some of the factors responsible for the delays.

He said, “As an INEC CSO consultative partner and accredited elections observer group, we know that these may be cogent reasons, especially in terms of insecurity in the North East requiring the need for INEC to conduct security assessments and thread with caution.

“In no defence of INEC, we also see the possible cause of delay being the need for INEC to deliver on its election project plan in the lead up to the 2023 general elections.

“However, I personally think the bigger problem that needs to be addressed is the high turnover rate in our legislative arm of government as our lawmakers vacate their seats to handle other assignments at every election, leaving their constituents with no representation.

“It’s not just about having a new person elected to fill a vacant Senate seat. New Lawmakers get three to six months of training and induction before they resume work in Nigeria’s parliament.” 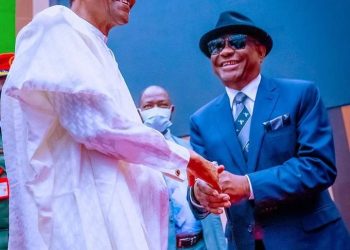 2023: Buhari accuses in court of being neutral on election disputes 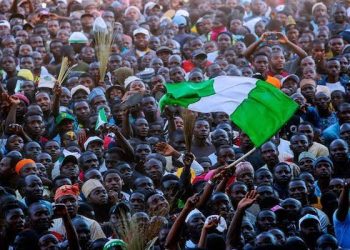 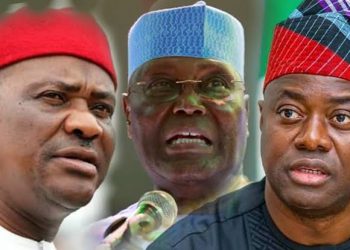 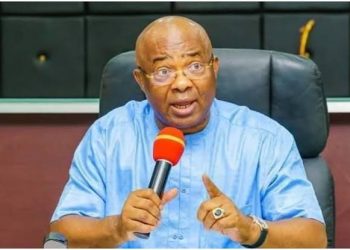 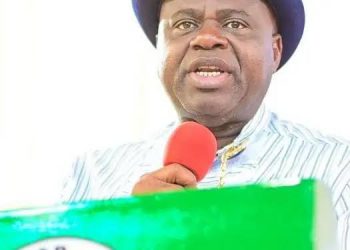