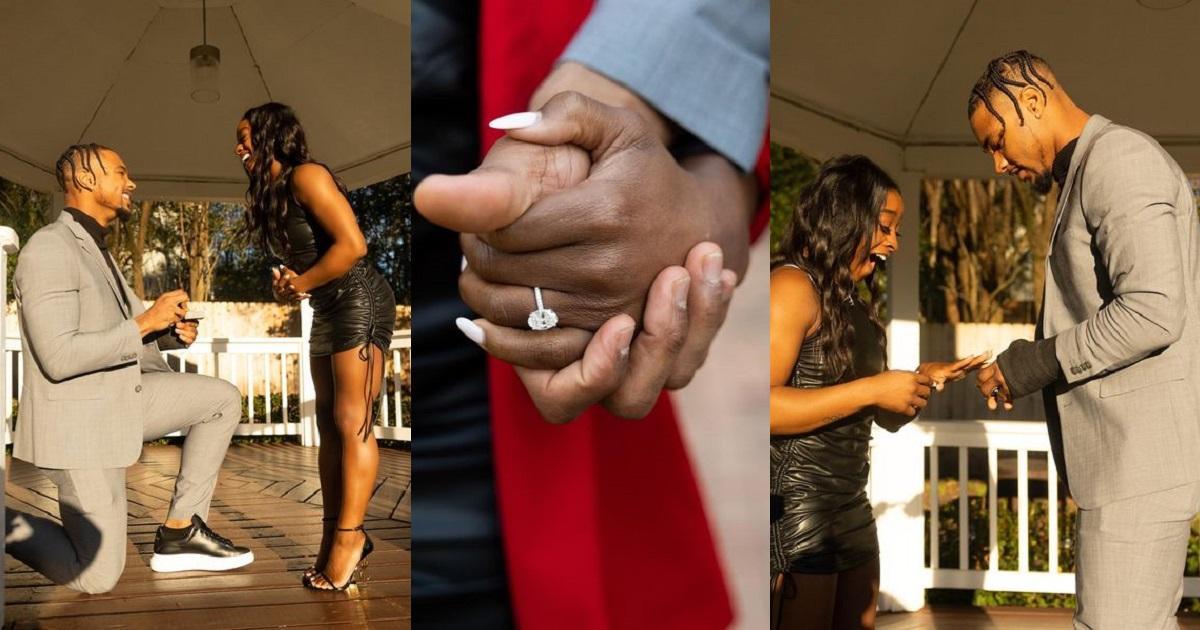 American Olympic gold medalist, Simone Biles has said a big “YES” to her boyfriend, Jonathan Owens’ marriage proposal less than two years after she slid into his DM.

The 24-year-old gymnast took to her Instagram page to announce the exciting news, and share photos of the romantic moment Owen went on one knee to propose to her with an 8-carat ring on Valentine’s day.

She captioned the photos, “THE EASIEST YES

I can’t wait to spend forever & ever with you, you’re everything I dreamed of and more! let’s get married FIANCÉ 💍🥺🥲🤎 @jowens_3″

The NFL Player also took to his Instagram page to share the news with his fans and followers.

Sharing the proposal photos, he wrote,

“Woke up this morning with a fiancée.’

Appreciate my dawg @don_julio314 for helping me set everything up, she really had no clue what was coming,

[Jeweler] @zofrost you went crazy on this one bro really made the night special.”

In a recent interview with the Wall Street Journal, Biles disclosed that they first met on social media in March 2020.

“He would say I slid into his DMs. ‘I saw him and I was like, “Oh, he’s pretty cute,” so I said hi … and then I saw that he was in the Houston area, so we started chatting a little bit, and then we went to hang out a week or two later,” she said

Owen, on his part, said he didn’t know who she was when she contacted him, even though she was a four-time gold medalist at the time.

“I didn’t know who she was,” he told Texas Monthly. “I just hadn’t heard of her, and when I told her that, that’s one of the things she liked.”

He said they started hanging out right before the COVID-19 pandemic started.

READ ALSO  N5K means a lot to poor Nigerians; some shed tears when given — FG