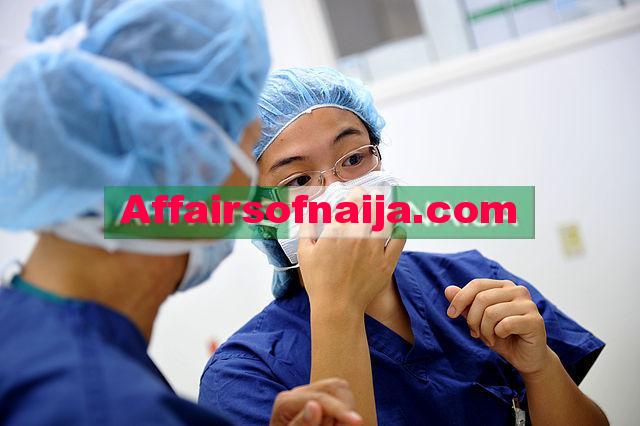 The basic yearly salaries for obstetrician-gynecologists are typically in the range from $119,383 to $251,940, and bonuses can amount to up to $38,541 a year according to Payscale’s data.

OB-GYN physicians with a certification from the American Board of Obstetrics Gynecology (ABOG) typically report earning salaries in the range of $120,894 to $270,659 a year.

The average yearly salary for OB-GYN doctors working in the United States is $202,209 according to Payscale, $252,003 according to Salary.com, $197,364 according to Jobstat, and $242,000 a year according to the 2013 Obstetrician/Gynecologist Compensation Report, released by Medscape.

Men earn 14% more than women: the median annual salary for male OB-GYNs is $253,000, while female OB-GYN specialists earn $221,000 a year on average according to Medscape’s salary report.

The average salary for this occupation depends on geographical location among other factors, and it varies considerably from state to state.

The top salaries are in the South Central region, where OB-GYNs earn $250,000 annually on average, followed by the Southeast, where the median yearly salary for this profession is $236,000.

OB-GYN doctors employed in the North Central region earn around $227,000 a year, those based in the Great Lakes region receive an average annual income of $218,000.

Professionals working in the West and the North East are paid $213,000 annually on average. OB-GYNs employed in the Northwest have a median yearly income of $212,000, and those working in the Southwest earn $196,000 a year on average.

The lowest salaries are in the Mid-Atlantic region, where OB-GYN physicians earn an average annual salary of $194,000 according to Medscape’s 2013 salary survey.

GYN salaries also vary depending on the work setting. Professionals employed by healthcare organizations have the highest salaries – $272,000 a year on average – followed by those working in single-specialty group practices, who earn an average income of $264,000

OB-GYNs working in multispecialty group practices earn $252,000 a year on average, those employed at hospitals make $216,000 annually on average, and professionals working in an academic setting have a median yearly pay of $212,000.

The work situation is another factor that can significantly affect an OB-GYN’s salary. Professionals who are partners in their organization earn $268,000 a year on average, and those who are employees are paid around $241,000 annually.

OB-GYN doctors who own solo practices make $204,000 a year on average, and those working as independent contractors have an average salary of $198,000 a year according to Medscape’s income survey.

The starting salaries for OB-GYNs in their first year are typically in the range from $48,656 to $236,718 a year according to Payscale’s salary figures.

Female physicians on the other hand typically earn between $116,350 and $243,233 annually according to Payscale. Salaries can also vary from industry to industry.

Professionals employed at medical offices report salaries in the range from $120,805 to $260,428 a year, and those working at obstetricians and gynecologists’ offices are typically paid between $116,350 and $216,068 a year according to Payscale’s salary figures.

OB/GYN salary can vary significantly from state to state.

Those based in Virginia have yearly salaries in the range from $157,228 to $210,000 according to Payscale’s salary figures.

OB-GYNs’ yearly salaries can also vary from city to city. For example, professionals employed in New York typically make between $49,480 and $183,126 a year.

OB-GYNs employed in the United States earn $98.14 per hour on average according to the salary information provided by Jobstat.

OB-GYNs typically get a wide range of benefits along with their annual salaries and bonuses, and their benefits packages can sometimes reflect their annual income.

Nonetheless, OB-GYNs who have paid vacations and holidays are generally paid between $140,939 and $275,047 annually.

Professionals who get a life and disability insurance usually earn an annual salary in the range of $160,797 to $284,114.

OB-GYNs’ annual pay can also vary depending on the size of the organization that employs them. OB-GYNs working for organizations with 1 to 9 employees generally report a yearly income in the range from $116,350 to $249,054.

The salaries can also vary depending on the number of hospital beds. OB-GYNs employed by institutions with less than 50 beds typically earn from $93,080 to $231,844 a year.

Those working for institutions with 500 or more hospital beds report salaries in the range of $100,000 to $200,000 a year. Nevertheless, the hospital setting is another factor that can affect an OB-GYN’s annual salary.

Professionals working for physicians’ offices and private practices report earning between $199,599 and $259,611 annually.

Finally, those working in ambulatory care and surgery centers usually earn an income in the range of $140,000 to $257,500 a year according to Payscale’s income statistics.

As most things go, location can be critical. Hawaii, California, Washington, Oregon, and Michigan provide the highest Ob/Gyn Nurse salaries.

Here, we have the salary breakdown of Ob-Gyn Nurse based on areas of specialization. Thus, our analysis will feature the fields below:

A registered nurse is responsible for providing medical services to patients, assisting doctors in hospitals, clinics, and other health centers.

A registered nurse must display strong communication and organizational skills, as well as the ability to multi-task, attend to patients’ needs, and adjust to different conditions.

A registered charge nurse is responsible for supervising nurses’ workflow in a particular department or area, ensuring every patient gets the proper care that they need.

A registered charge nurse has the discretion to direct tasks, arrange schedules, and monitor patients, such as in the aspects of admission and discharge.

Furthermore, a registered charge nurse must maintain an active line of communication and coordination among nurses, physicians, and other personnel involved as the conditions in a hospital can be unpredictable.

A Registered Nurse Supervisor oversees a team of registered nurses in a hospital or clinic, making sure that all operations are efficient and up to standard.

Moreover, they are responsible for the daily management of nurses, such as when it comes to evaluation, development, and assigning schedules and patients.

Aside from supervising and ensuring that everything is running smoothly in their field, they also have to communicate and coordinate with physicians and even families of patients.

The responsibilities of a Nurse Supervisor are challenging; this is why they must be proactive and excellent at communication.

Below are frequently asked questions about OB-GYN salary.

How much does a Gynecologist Earn?

The average salary for a gynecologist in the United States is around $238,320 per year.

How much does an OB-GYN make?

Salary ranges can vary widely depending on many important factors, including education, certifications, additional skills, the number of years you have spent in your profession.

With more online, real-time compensation data than any other website, Salary.com helps you determine your exact pay target.

What is the Salary of a Doctor in India?

It can range from 30,000 per month for a doctor who has just finished his MBBS to as high as 2-3 lakh per day for a highly accomplished super specialist.

An ex-professor of AIIMS had been offered around 12 crores per annum from a big corporate hospital. That’s almost 3 lakh ₹/day !

So the salary of a doctor depends on his degree of specialization and the years of experience which he or she has.

As a Medical Doctor in the USA, what is your Annual Salary?

Medical doctor salary varies in the USA depending on areas of specialization. For example, in USA orthopedics is the most lucrative medical field with Doctors specializing in this area earning an average salary of $616,800.

We believe the above piece of information was useful. Please, kindly share this content on the various social media platforms available. We appreciate your readership.