by admin
in Entertainment, Sports
0 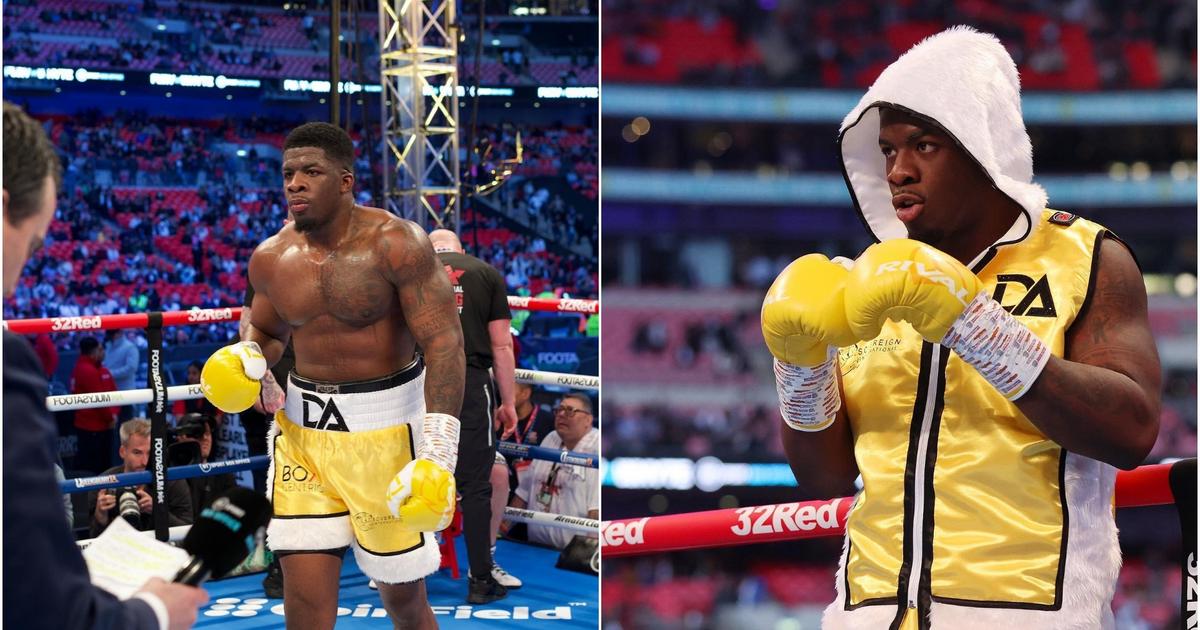 While the boxing world was focused on the WBC heavyweight showdown between two top fighters in Whyte and Fury, a Nigerian-born youngster continued his development in the sport.

The 25-year-old Adeleye was in action against journeyman Chris Healey.

In preparation for the fight against Whyte, Adeleye was the chief sparring partner of Fury.

The youngster is one of the highly rated heavyweight boxers and was given a chance to prove himself in the undercard fight on Saturday, April 23, 2022.

Adeleye came into the fight against Healey with a 8-0 record at heavyweight level.

The fight was a bore fest in the opening rounds as Adeleye struggled to impose his quickness.

The unheralded Chris Healey had a record of 9-8 and entered the fight considerably out of shape.

The Nigerian-born youngster showed no signs of sparring with Tyson Fury in preparation for the Whyte this weekend as he was initially uninspiring against Chris Healey.

Adeleye had dreamed of fighting at the national stadium and was bearing a tattoo of a young boy outside Wembley on his arm.

Despite his initial struggles it was clear that right off the bat that Adeleye was a superior boxer to his opponent Healey.

The two slow moving big guys started off cautious until Adeleye received a dangerous uppercut which could have ended his night.

Healey pursued him hopelessly for much of the fight as Adeleye was able to land the smarter shots even though he was initially rocked.

The fight came to an end in the fourth round as Adeleye’s one power punch landed which resulted into the referee stopping the fight to give him a technical knockout victory.

He wrote, Special feeling to step into the ring at @wembleystadium 🔥 A big shoutout to my sponsors @boxcentric & Sovereign International! A good night’s work. More to come.”

Adeleye is expected to continue his development with tougher challenges awaiting in the heavyweight division.

Check Out Highlights from the Stage Musical ‘Ada The Country: The Story of the Nigerian Urban Woman’

Check Out Highlights from the Stage Musical 'Ada The Country: The Story of the Nigerian Urban Woman'