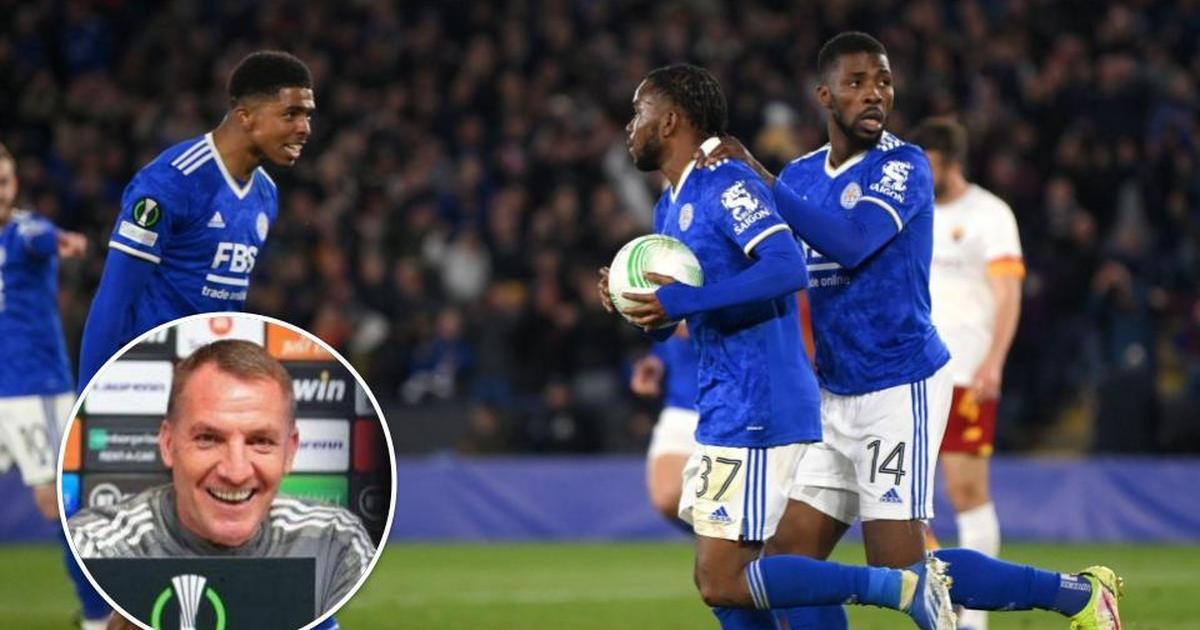 Lookman forced an own goal for Leicester’s equalizer, and Iheanacho almost sealed the win for the Foxes.

According to DailyMail, Rodgers after the game stated categorically that the Foxes can reach the inaugural Europa Conference League final.

Ahead of the second leg in Rome next week

Rodgers: “We have no fear, we can go to Rome and play to that level. We have a fantastic chance to get to the final.

We kept playing our football and the very least we deserved was 1-1. We can go with great confidence to Rome next week.”

On Thursday’s first leg at the King Power Stadium

“We gave away a sloppy goal, we should defend the throw in better, but I was so pleased with the team, the technical quality and how we imposed our style.

“I thought we played ever so well, really dominated the game, very pleased with the performance. You come into the semi-final and you want to start well, you want to bring your intensity and tempo into the game and the players, the only thing that was missing was the quality in the final third.

“It was a shame we couldn’t score more goals but it was a great response to going behind. We know we can travel and get the job done and we are really looking forward to that next week.”