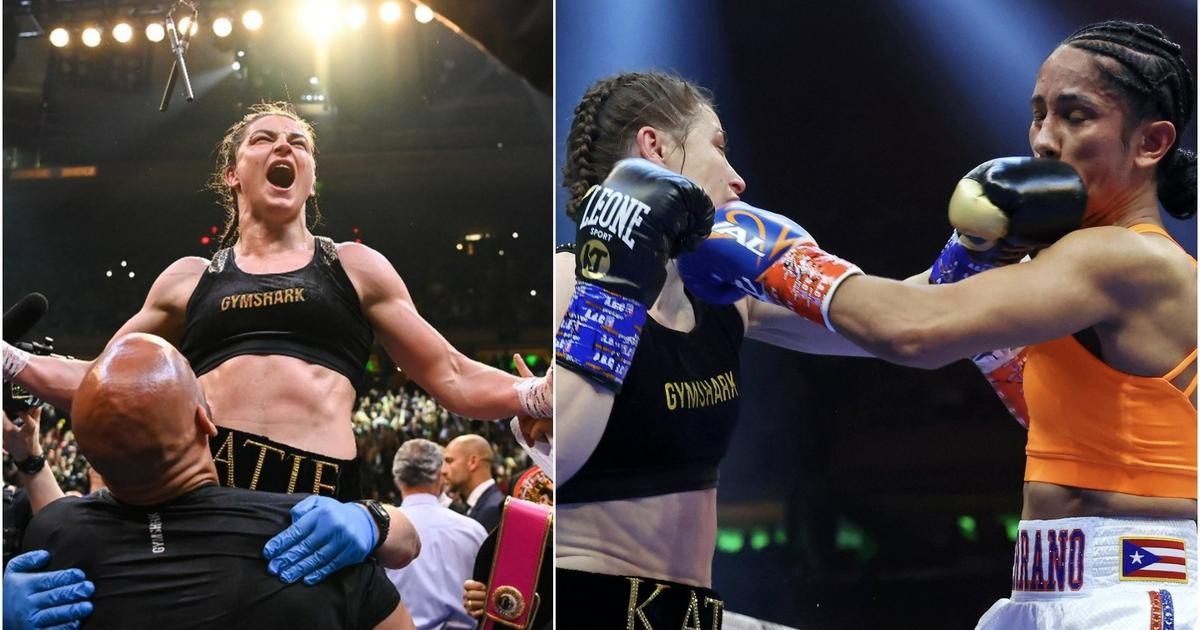 In what turned out to be a a modern classic Taylor defeated Amanda Serrano by split decision to retain her undisputed WBA, WBC, IBF & WBO lightweight world titles at Madison Square Garden.

It was a magnificent battle which went to the judges score card at the end of 10 rounds of two minutes.

After what was one of the most explosive fights this year, judges Guido Cavaleri had it 96-93 Taylor, Glenn Feldman 97-93 also for Taylor while Benoit Roussel had it 96-94 for Serrano.