Kamaru Usman and Canelo Alvarez engage in exchange about fight

by admin
in Entertainment, Metro
0 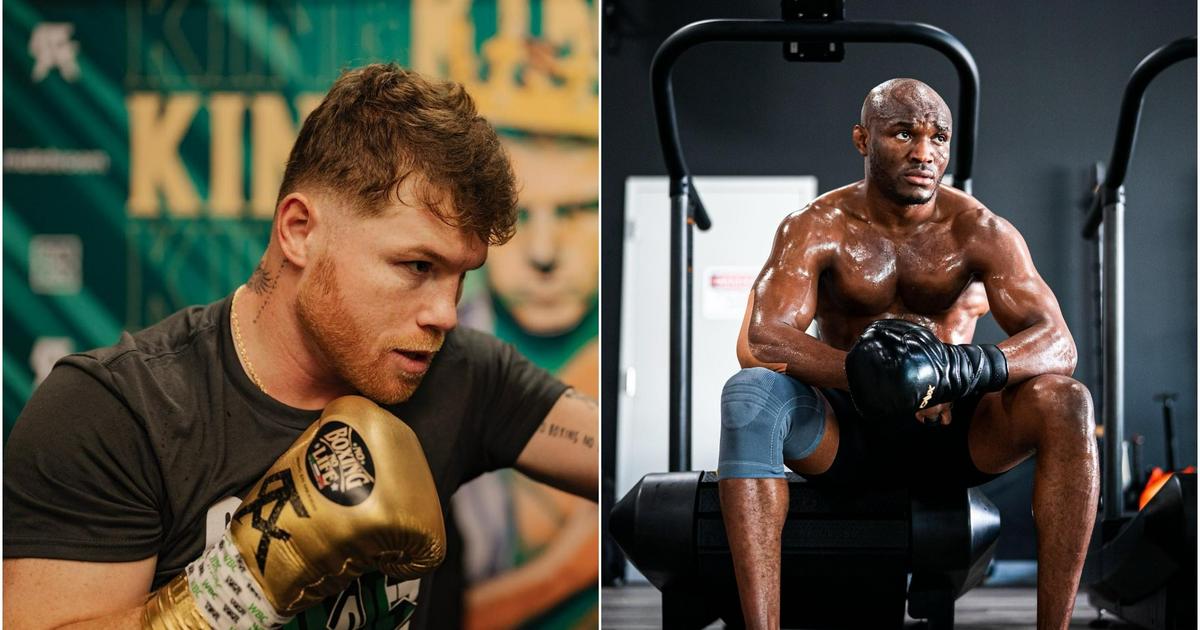 Usman has indicated his intention about a fight with Canelo. The 34year-old Usman fights in the Ultimate Fighting Championship (UFC) octagon while the 31-year-old Canelo has multiple boxing championships in four weight classes.

MMA manager Ali Abdelaziz in charge of Usman has indicated that their team have reached out to Canelo to make the fight happen.

Abdelaziz took to Twitter to blast Canelo questioning his willingness to take on the challenge.

He said, “Canelo is an absolute chicken, he is fighting guys with 5000 followers on Instagram, these guys will never do nothing for his legacy. Now I understand why he doesn’t wanna lose to someone like Kamaru Usman this is chicken style, no risk – no reward.”

Usman the reigning UFC welterweight champion is regarded as one of the best pound for pound fighters in the world just like Canelo.

Canelo then responded with a message that said, ‘who the fuck is this?’

Usman then defended his manager replying to Canelo, ‘Let’s just all relax… before somebody gets hurt.’

Canelo did not hold back with a response, ‘I agree cuz it will not be me.’

Usman then laid down the gauntlet in his response that said, ‘In the cage or the ring I’m willing find out in both… Are you?

Canelo ended the conversation by revealing a potential fight could happen but not right now.

He said, “You calling me out right ? You want the pay day right ? So you know where, but sit down it’s not your turn yet I have a legacy to make.”

Usman clapped back saying, “Enough said… you don’t want that smoke in a real fight. I hear you! Good luck champ.”

This is not the first time a professional boxer and an MMA fighter will tease a fight.