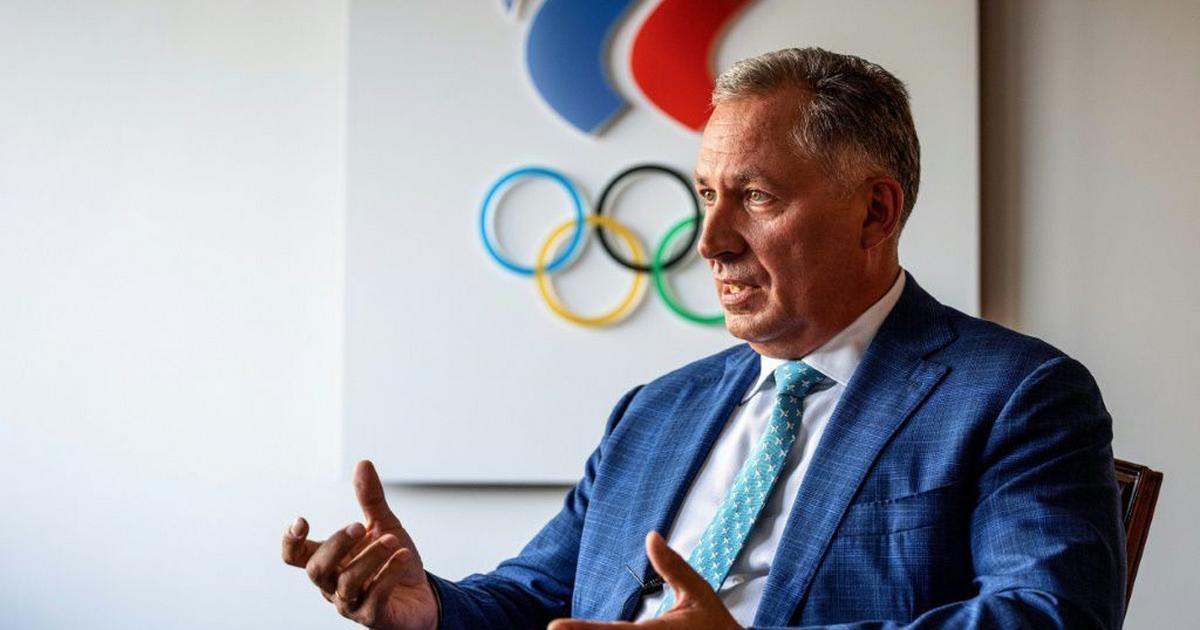 Russia were due to take part in World Cup play-offs next month, but plans to play on neutral territory were dismissed as “unacceptable” by their rivals Poland, Sweden and the Czech Republic.

“Football is fully united here and in full solidarity with all the people affected in Ukraine,” FIFA and UEFA said in a statement.

The IOC, meanwhile, said it faced a “dilemma which cannot be solved”.

“While athletes from Russia and Belarus would be able to continue to participate in sports events, many athletes from Ukraine are prevented from doing so because of the attack on their country,” it said in a statement.

“In order to protect the integrity of global sports competitions and for the safety of all the participants, the IOC EB (executive board) recommends that International Sports Federations and sports event organisers not invite or allow the participation of Russian and Belarusian athletes and officials in international competitions.”

If international federations follow the IOC’s advice and football’s action en masse, Russia would join the Yugoslavia of Slobodan Milosevic and South Africa under apartheid rule as major sporting pariahs.

The IOC also withdrew the Olympic Order, its highest award, from all high-ranking Russian officials, including President Vladimir Putin.

Stanislav Pozdnyakov, the president of the Russian Olympic Committee, said the IOC’s recommendations “contradict” the Olympic charter and the “spirit of the Olympic movement”.

“We strongly disagree with them,” Pozdnyakov said in a statement.

“The Russian Olympic Committee intends to consistently defend the rights and interests of Russian athletes and provide all necessary assistance to our national federations to challenge the discriminatory decisions of the respective international federations,” he added.

The IOC said that if it is not possible for “organisational or legal reasons” to prevent Russian and Belarusian athletes competing, sports officials should do “everything in their power” to stop athletes from the two countries taking part under their country’s flags.

It is a matter of particular urgency in relation to the Paralympic Winter Games, which begin Friday in Beijing.

“Wherever, in very extreme circumstances, even this is not possible on short notice for organisational or legal reasons, the IOC EB leaves it to the relevant organisation to find its own way” to address the situation, the IOC said.

The body “reiterated its full support for the International Paralympic Committee (IPC) and the Games”.

An IPC governing board meeting is due to take place on Wednesday, after which a press conference will be held in the Chinese capital, said IPC head of communications Philip Dorwald.

The IOC last week urged all international sports federations to cancel forthcoming events in Russia, angry at Moscow violating an “Olympic Truce” with its attack on Ukraine.

The organisation went on to praise the “many calls for peace by athletes, sports officials and members of the worldwide Olympic Community”.

“The IOC admires and supports in particular the calls for peace by Russian athletes,” it added.

Prominent Russian sports stars have not been shy in voicing their disquiet over Putin’s invasion.

Several countries had already moved to bar Russian competitors from their territory.

Ukrainian tennis players Marta Kostyuk and Lesia Tsurenko criticised the WTA on Monday for not expressing a position on the invasion.

“We demand that WTA immediately condemn the Russian government, pull all tournaments out of Russia and approach the ITF to do the same,” the pair said in a statement posted on social media.

UEFA also ended its contract with Russian state energy giant Gazprom with immediate effect. The deal was widely believed to be worth around 40 million euros ($45 million) a year.

European football’s governing body had also stripped Saint Petersburg of hosting this season’s Champions League final on May 28 at the Gazprom Arena, awarding it to Paris.

Organisers of basketball’s Euroleague and Eurocup competitions announced that Russian teams had been suspended as well.