ICYMI: Watch Chiké & Simi Perform “Running (To You)” Live at the No Music, No Life Concert 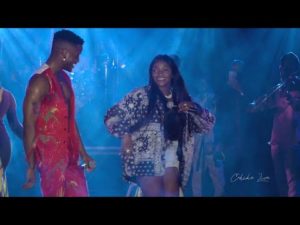 Afro-pop/soul star Chiké performed tracks off his critically acclaimed and commercially successful debut album “Boo of the Booless” live at the “No Music, No Life” concert in Muri Okunlola Park, Lagos.

The album features the entirety of Chike’s performance which celebrated the power of music, and the life it gives was described as magical and spectacular by the press in attendance. The set chronicles his musical legacy thus far and ushering in his sophomore album “The Brother’s Keeper”.

Watch him perform “Running (To You)” with Simi in the video below:

Israel DMW: 5 times the popular aide to Davido has trended on social media

Israel DMW: 5 times the popular aide to Davido has trended on social media