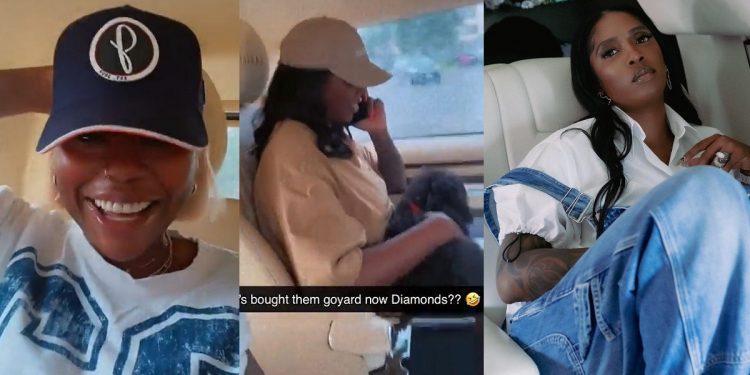 In a video Sophia shared on Snapchat, she was in a car with Tiwa when the “someone’s son” crooner called her diamond dealer, asking that she wanted a diamond for her puppy.

Tiwa was heard telling the person on the other end of the line that she wanted a diamond chain for her pet but not a choker.

“Can I have like a beautiful diamond, not a choker,” she said.

Sophia, who was apparently surprised by the request, laughed so hard that she joked that she wanted to be a puppy to Tiwa Savage, so she could also enjoy luxury.

Sophia told Tiwa Savage that she was paying extra by ordering diamonds for a pup, but the mother-of-one didn’t seem to agree with her.

Another Instagram user wrote, “Diamond for bingo, life without balance.”