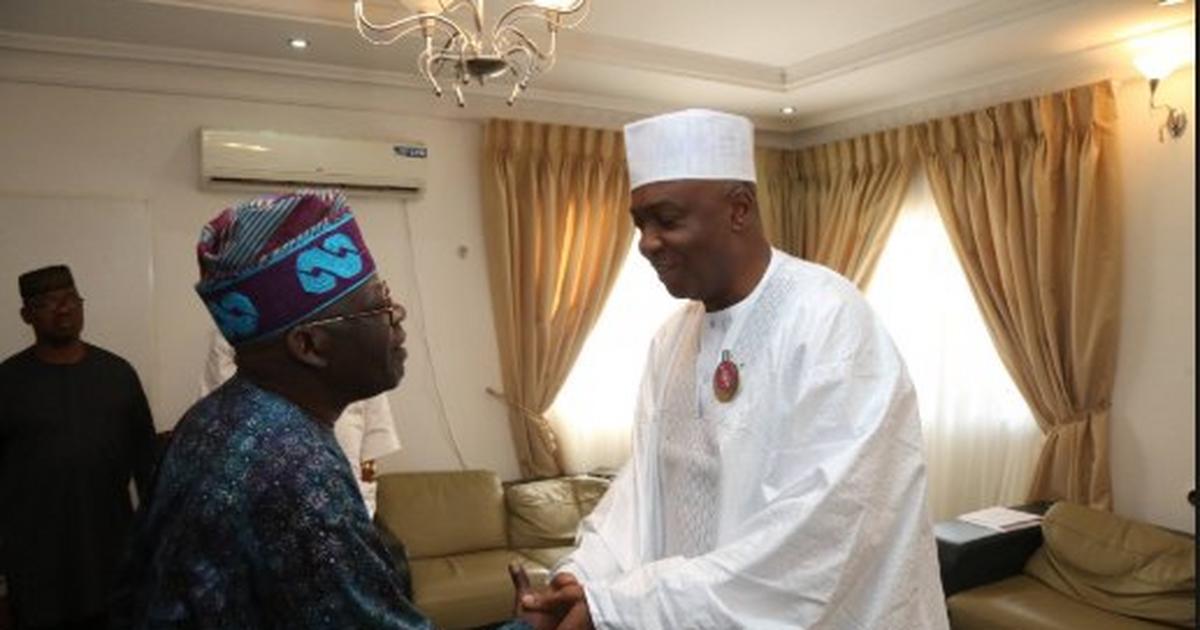 Saraki reminded the delegates that he remains the person who defeated the “Emperor of Bourdillon” to become the Senate President.

In 2015, Saraki, who was a member of the All Progressives Congress (APC), emerged Senate President against the wish of some party leaders, including Asiwaju Bola Ahmed Tinubu. He however still emerged the Senate President.

Saraki assured the delegates that he has the capacity to win the 2023 presidential elections over ‘Emperor of Bourdillon.’

He said due to the reconciliatory effort he spearheaded, PDP is united in Lagos and many other states like Plateau, Ogun, Oyo, among others.

Saraki also said the move by the executive to remove him as Senate President failed because he was a team player and his colleagues had confidence in him.

He also decried the state of the nation, saying Nigeria is inching towards a failed state and requires a President with the capacity to redirect the country on a path of growth and unity.

Saraki accompanied by former PDP National Chairman, Alhaji Kawu Baraje, said, “Today in Nigeria we all see where this country is. We have never seen this level of disunity in the entire history of this country even at the difficult time of the Civil War. The level of insecurity today is frightening. Today as a country we are inching towards a failed state.

“To unite this country, you must be somebody that everybody will feel comfortable with and say yes that is the Nigerian for all Nigerians. I believe that I can be and I am best to be that bridge between the North and the South of Nigeria.”

He reiterated that no candidate, whether in the APC or the PDP, has his kind of experience and capacity to lead the country.