I can take a selfie naked to prove that I’m not but nahhh.. — Actress Idia Aisien reacts to claims that her plastic surgery is botched 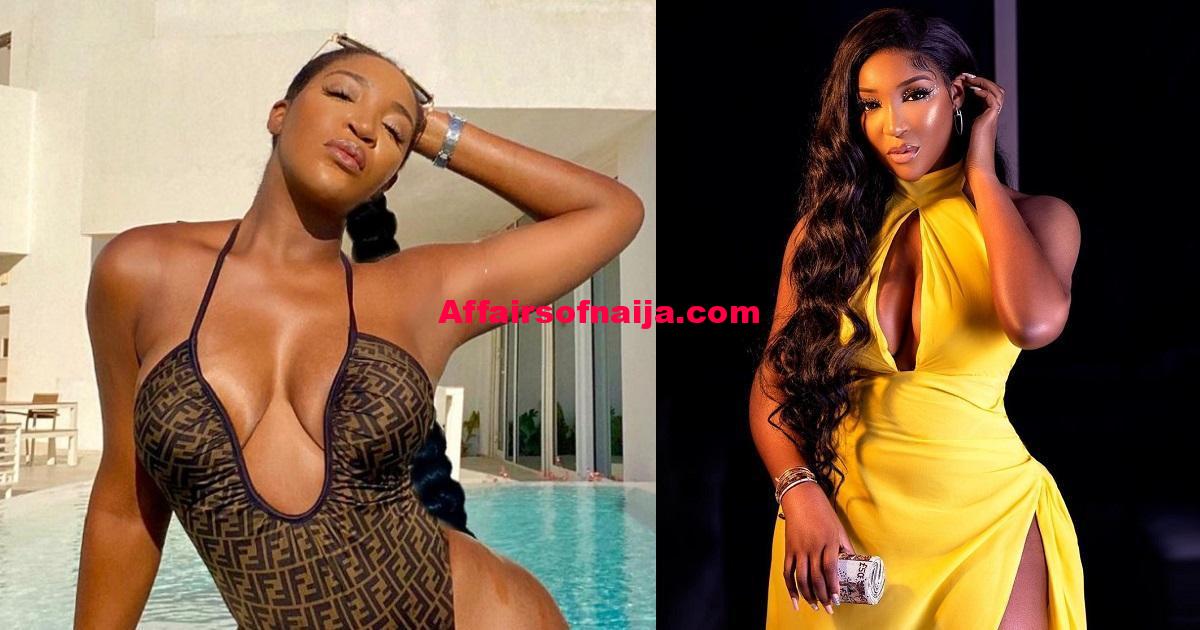 Nollywood actress and brand ambassador, Idia Aisien has reacted to an alleged claim that her plastic surgery is botched. 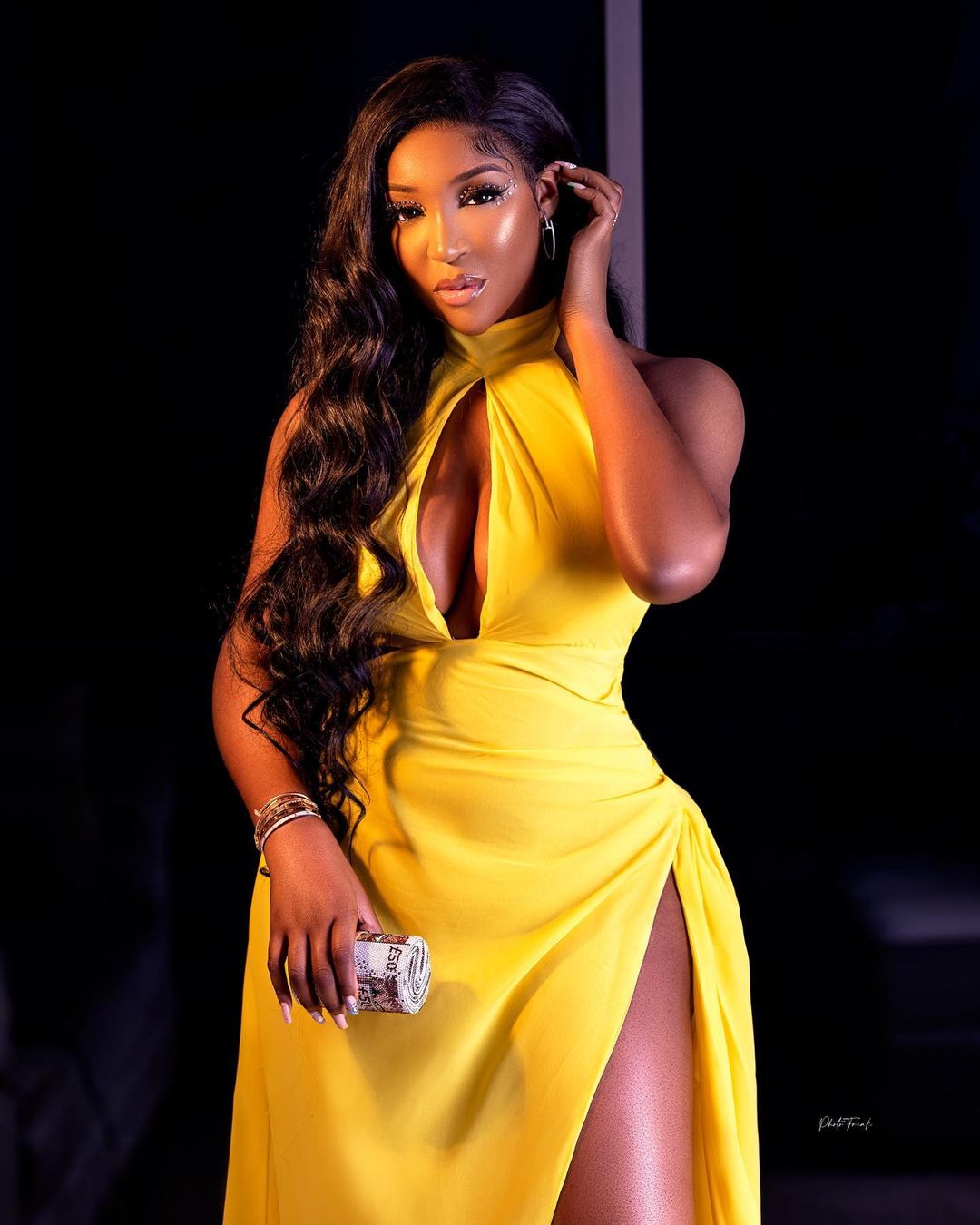 The thespian who appears to have underwent a butt enhancement surgery, took to her Instagram story to disclose that someone left a comment saying that she is “botched”.

Reacting to this claim, Idia stated that she would have taken a picture naked to prove that she’s not botched but she won’t do that.

She further added that she suspects that it’s someone close to her that left the negative comment. 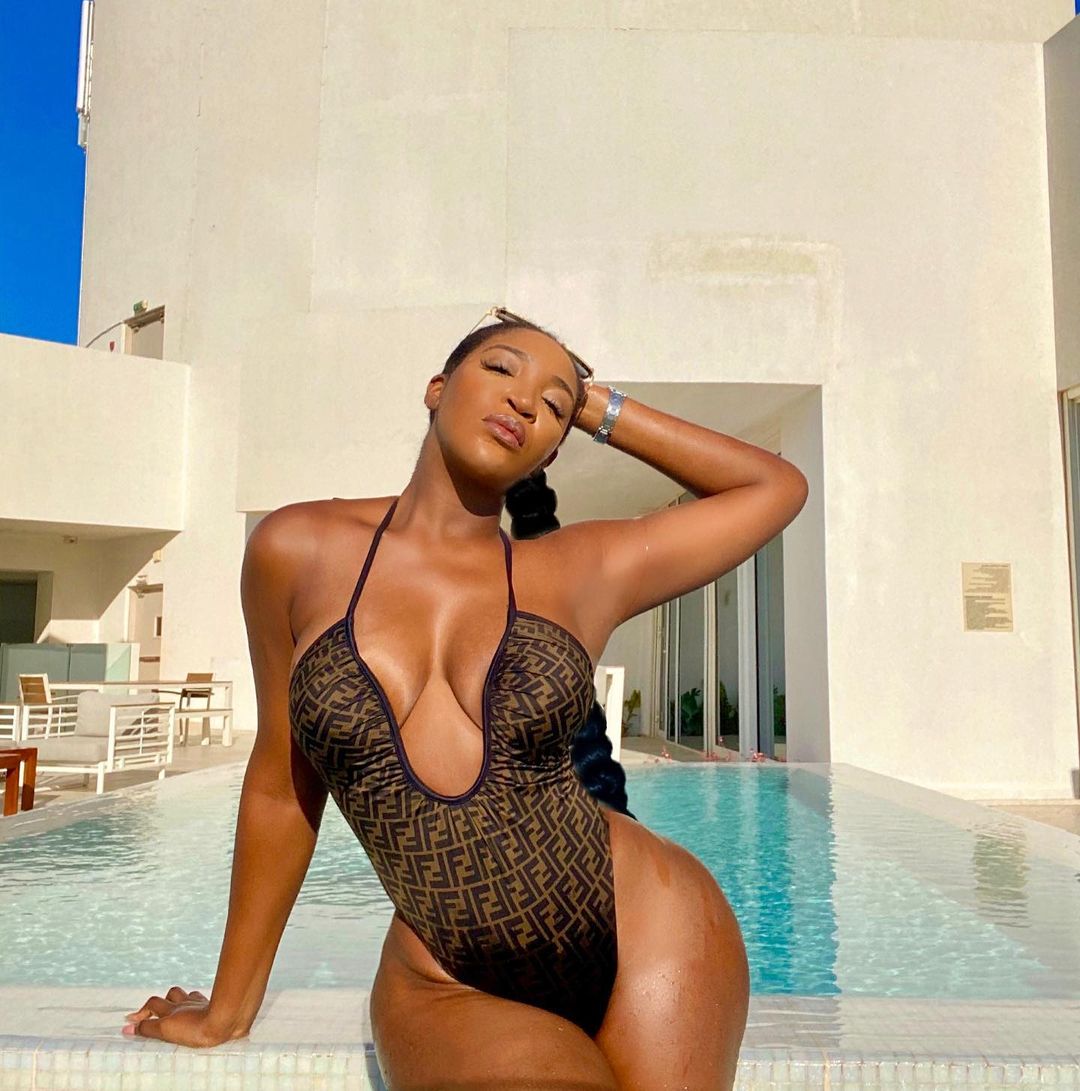 “Someone said yesterday that I’m “botched”. If THIS is botched, then botched should be the new standard!! I would take a selfie nake but nahh…
It was also probably someone “close” or in my “circle” who wrote it! Careful on social media everyone!! There are no friends!!
You can only be extremely wealthy (where I want to be).. or bitter.
Choose how you spend your time and energy!!
Love&light.” 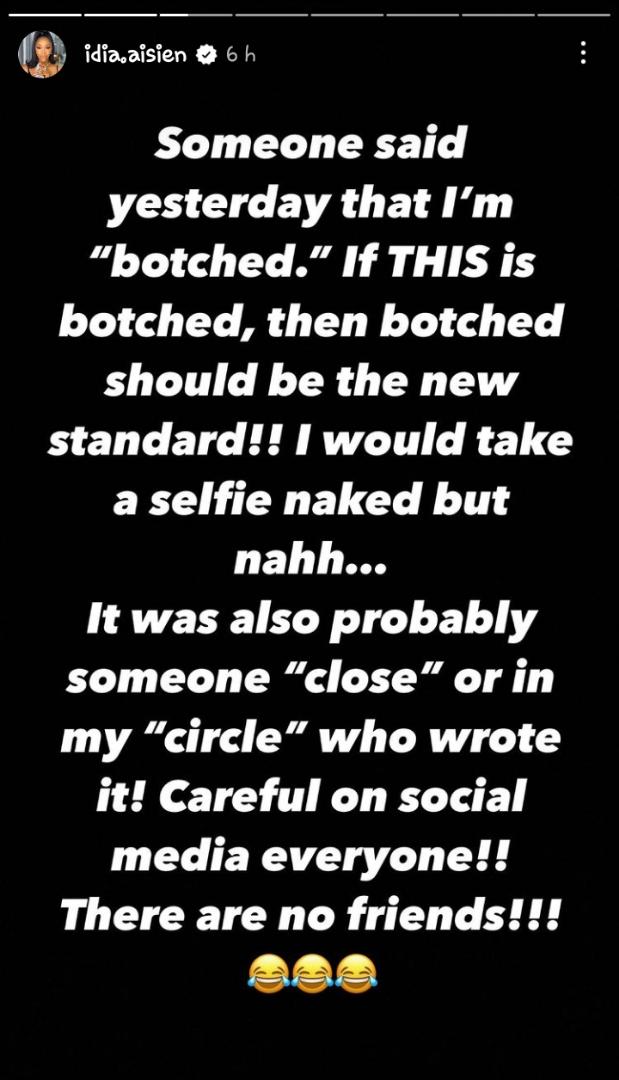 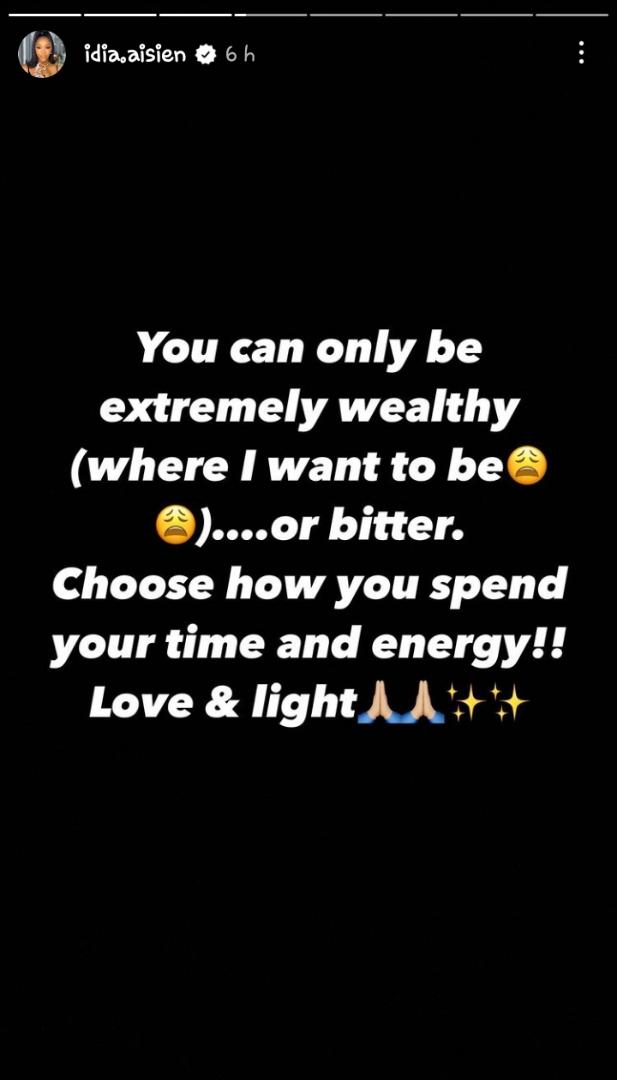