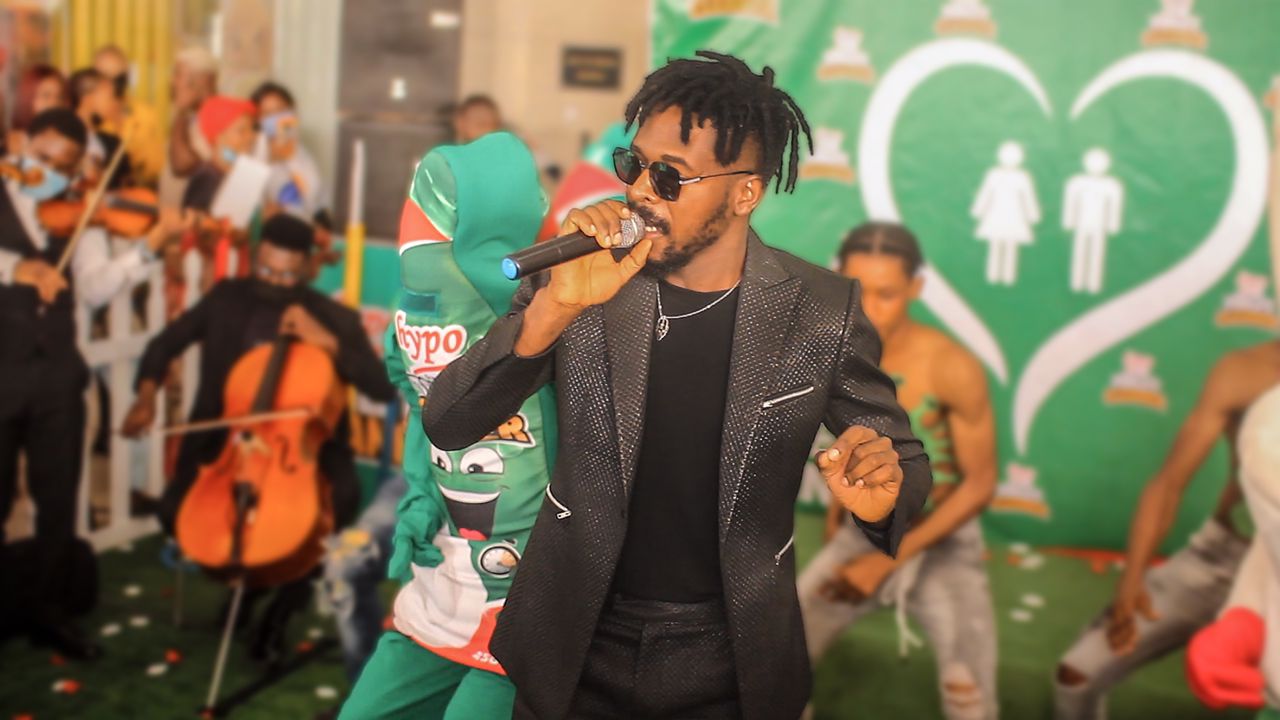 Monday, February 14, 2022- Valentine’s Day, will remain a day to remember especially for some youth and adventure lovers who were present at Ikeja City Mall, Lagos to witness a special musical performance by Mavin Records artiste; Johnny Drille and a Flash mob demonstration being organized by Hypo Toilet Cleaner tagged “Ladies and Gents”.

The atmosphere towards the middle entrance into the mall was quickly transformed into the brand colour-bright green and white affair with a touch of red, beautified with a nice stage setup designed to enable fans engagement. Sensational music was loudly blasting in the air, attracting attention from far away.

In the spirit of Valentine, interested lovebirds have presented the opportunity of coming up the stage for Karaoke and dance performances.

The Flash mob started off with a theatrical demonstration depicting the brand’s efficacy in combating stubborn germs lurking around the Toilet environment.

A struggling toilet seat mascot which was being harassed by 3 horrid looking germs quickly came into view. The germs clearly appeared to be having the upper hand, as the Toilet seat was continuously being wrestled to the ground and eventually captured. Shortly after, another mascot of Hypo Toilet Cleaner appeared like the messiah and upon seeing the product mascot, the germs trembled and quickly made their way out of the environment. This got the enthralled crowd to let out a resounding round of applause.

The major highlight of the show was when the Mavin Records singer, Johnny Drille mounted the stage and serenaded the crowd with the Hypo Toilet Cleaner new jingle, and a couple of other tracks from his album followed.

The event was organized to celebrate lovers and demonstrate the role of Hypo toilet Cleaner in maintaining good toilet hygiene and well-being. He added that” just as lovers need and appreciate each other, every toilet should have beside it a bottle or Sachet of Hypo toilet cleaner to keep is safe and sparkling for the wellbeing of the users.