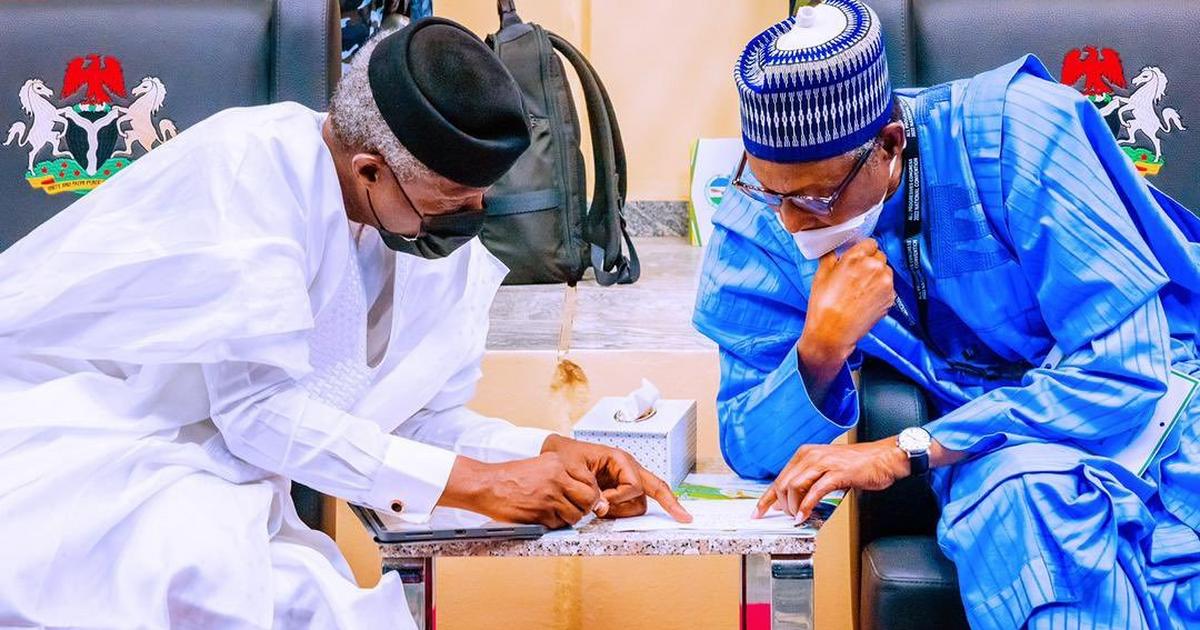 The Vice President narrated this to members of the State House Press Corps during Iftar (breaking of fast) at his Aguda Residence in the President Villa, Abuja, on Wednesday, April 27, 2022.

Osinbajo recalled that the news came to him as a surprise, adding that he was working on a defection case involving a federal lawmaker at the Supreme Court at the time.

The Senior Advocate of Nigeria said he had just returned from court on the day when the current Minister of Interior, Rauf Aregbesola, broke the news to him on the phone.

He said he went straight to his accomodation thereafter, removed his wig, and felt that “this is probably the last time I will be wearing it.”

The professor of Law added that Aregbesola and a former Governor of Ogun State, Ibikunle Amosun, later took him to meet candidate Muhammadu Buhari.

“I was working on the case at Peniel Apartments in Abuja on December 18, 2014, when at about 1 a.m. in the morning, I received a call from Rauf Aregbesola that they were coming to Lagos to pick me.

“I said I was in Abuja. He said ‘good because you have been nominated as the vice-presidential candidate’ and I said is that how you nominate people?” he said.

Osinbajo said the story serves as a reminder on how an individual’s life can transform in an eye blink.

He said he’s the most prepared out of all the presidential aspirants in the APC.

According to him, “I have been given opportunities that many may not have had. I think those opportunities are meant to be for a particular purpose. And I think that time has come. This is the time when all of my experiences have now come to the fore. And I will use all of what I have to serve this country.

“This is really one of the reasons why I chose to run. There are those who may say ‘well, he’s just a politician speaking. But I can tell you from the bottom of my heart that I believe that we have a real opportunity here to do something different for our country.

“When I spoke about this once, one of the aspirants brought out their CV and I said, the truth is, everyone who wants to take over on May 29, at least everyone who is running today, would need plenty of time to even discover where their green pen is. Very few people have the kind of training and experience that is required for this kind of job.”

Recall that Osinbajo joined the presidential race earlier in April and since he declared he has been moving all over the country to seek support for his ambition.