Home » Entertainment » Here is Everything You Need to Know about the Third Season of the Nancy Isime Show!!

Here is Everything You Need to Know about the Third Season of the Nancy Isime Show!! 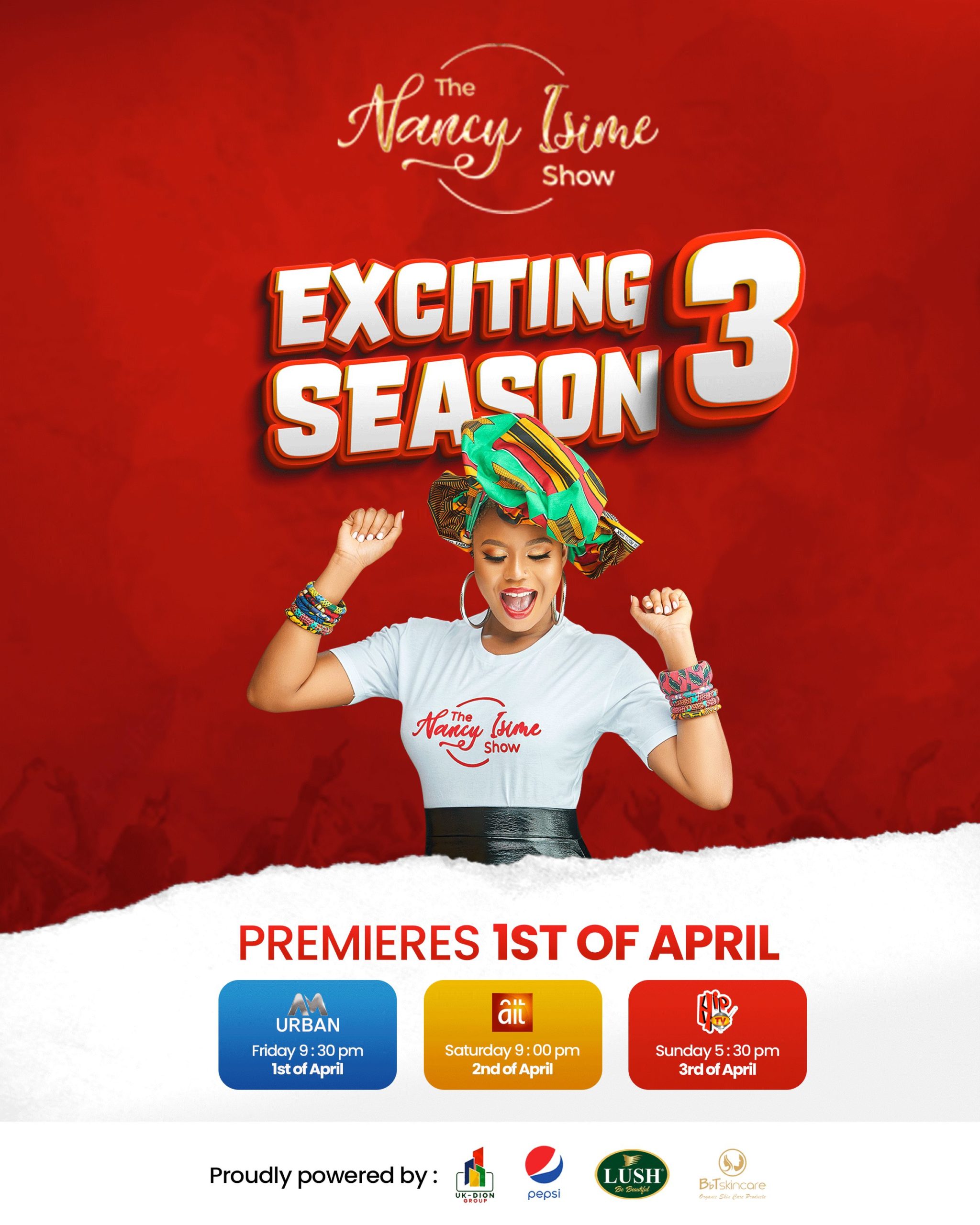 The third season of “The Nancy Isime Show” has been confirmed to premiere on your TV screens this April.

Coming on the heels of its second season, known to have one of the biggest premieres in TV show history, the third season is rumored to be bigger still.

The second season of the show, which aired last year, featured A-list celebrities including DonJazzy, Timi Dakolo, Busola Dakolo, Omawumi, Waje, and a host of others. This new season will have a star-studded list of special guests appearing on the show, human-interest stories, exclusive engaging interviews, fun games, and other segments.

You’ve got to Join the Sara by Wema Community! Here are 5 Reasons Why