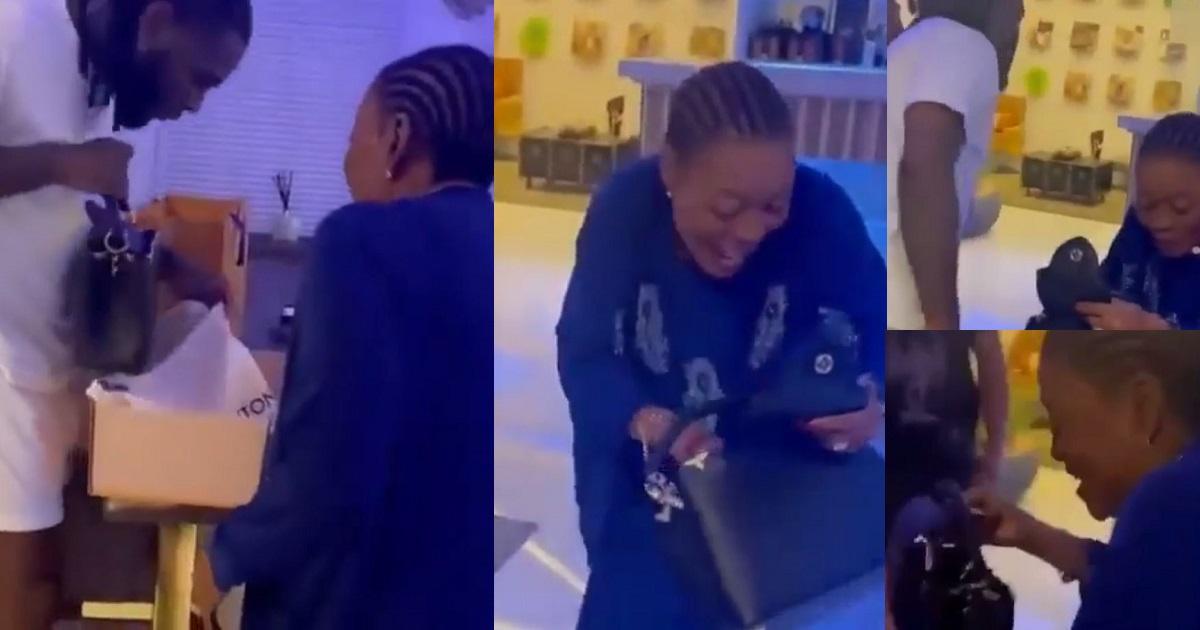 His grandmother’s priceless reaction on receiving the bag has melted the hearts of many people on social media.

The moment the self-styled African giant handed the designer bag to his grandma, she started singing his song and dancing in excitement.

In other news, Nollywood Actress, Jemima Osunde has a word for her fellow ladies who are always comfortable with paying a visit to a man.

Jemima faulted the stories she’s heard lately about Men asking girls to leave their house at ungodly hours and opined that the girls won’t have to go through that humiliation if only they’d stayed in their own homes.

“My own question is why is it always the ladies that go over? Are you homeless? Can’t they come to you? Cause all these “testimonies”… He woke me up at 6AM, he told me his aunty was coming at 4AM come and be going. My homegirls whyyyy ?”