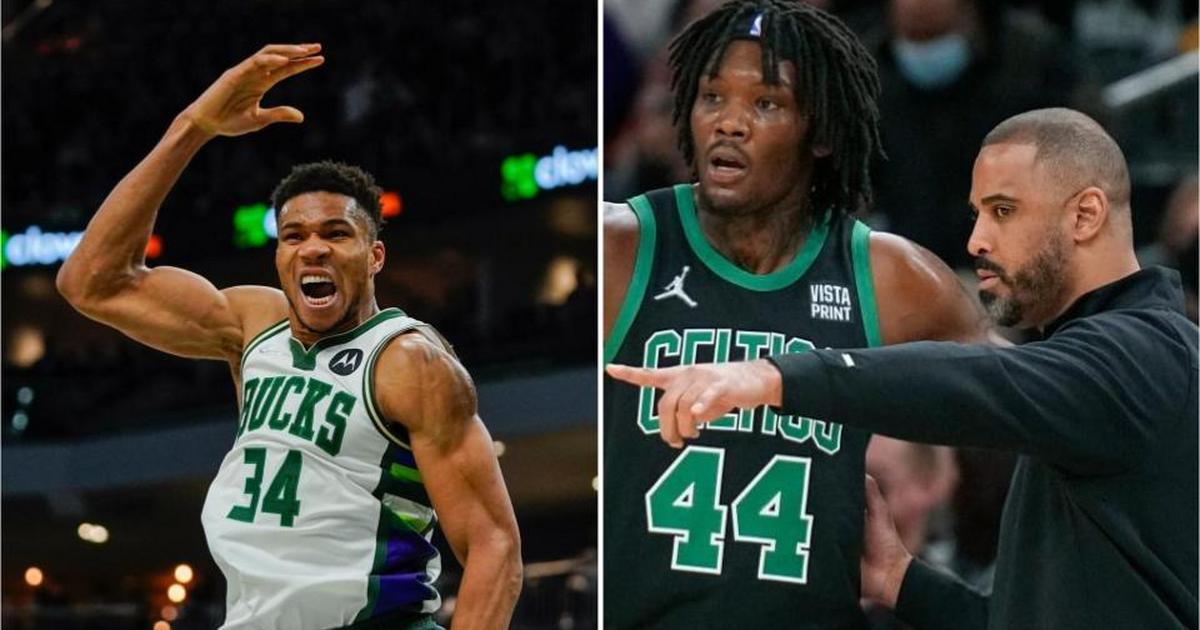 Ime Udoka put 35-year old power forward Al Horford on Giannis in what seemed like a bad idea at first but actually worked out quite well.

Giannis had five turnovers and only made 9 of his 25 shot attempts on 36% shooting and blanked from three-point range. The Bucks forward was frustrated by the Celtics defence and racked up four fouls.

Al Horford did most of the work but the Celtics were extremely aggressive by double-teaming and collapsing on Giannis when he had the ball inside the arc.

Giannis showed why he is considered the best player in the world right now, adjusting his play and reacting to the defence by picking out the open man instead of forcing a shot which was how he got 12 assists.

Where the Celtics lost

Despite subduing Giannis to a large extent, the Celtics still lost by double digits and that’s not because any other Bucks player scored ridiculously high.

The problem was the Celtics offence as Ime Udoka’s team failed to replicate their defensive display at the other end of the court.

Their star offensive duo Jayson Tatum and Jaylen Brown combined for 33 points which is very much below par by their usual standards.

Tatum scored 21 points and six rebounds and assists apiece on 33% shooting while Brown had just 12 points and made four of his 13 shot attempts.

It was certainly not a good night for the duo which is ultimately the reason the Celtics lost because no other player on that roster can carry the offensive load like Tatum and Brown.