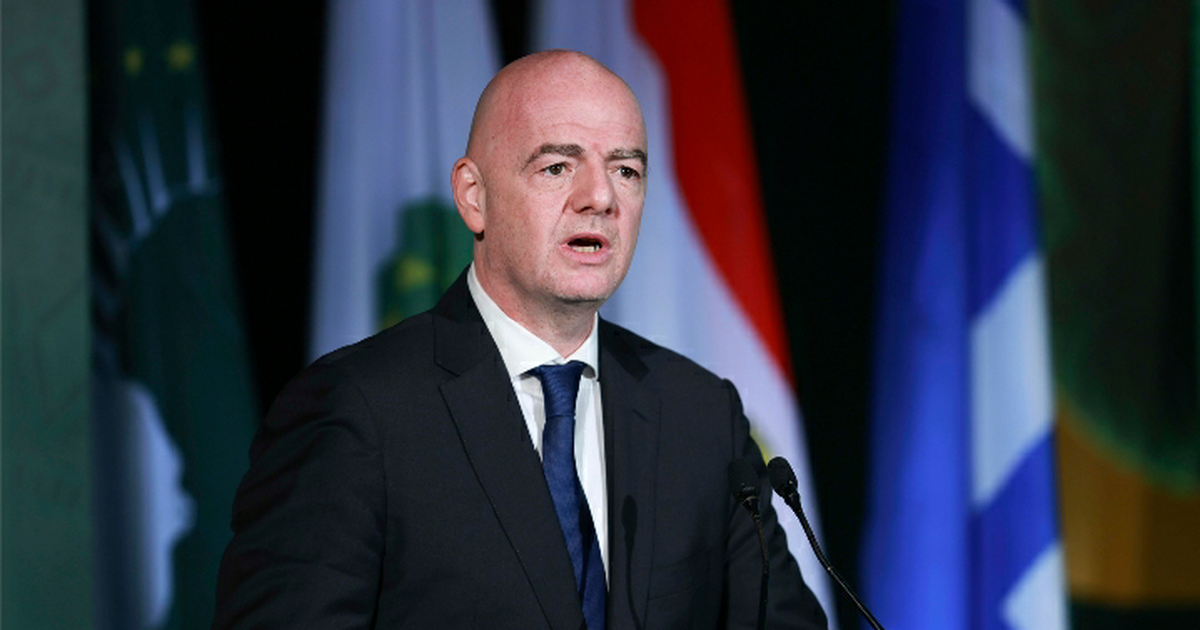 Infantino confirmed the development at a news conference on Thursday, whilst calling on the affected associations to do what is required of them to get the suspension lifted.

Infantino stated: “We had to suspend two of our members; Kenya and Zimbabwe, both for government interference in the activities of football associations. The associations are suspended with immediate effect.

“They know what needs to be done for them to be readmitted or for their suspensions to be lifted.”

The Football Kenya Federation (FKF) – the body recognised by FIFA – was suspended in November 2021 by the country’s Cabinet Secretary for the Ministry of Sports Amina Mohammed. A caretaker committee was subsequently appointed by the Ministry to oversee Kenya’s soccer activities.

The Zimbabwe Football Association (ZIFA) was similarly disbanded in November 2021 by the Sports and Recreation Commission (SRC) based on alleged sexual harassment of female referees by technical staff and allegations of fraud levied against ZIFA.

In a letter obtained by Goal, FIFA revealed the rationale and order of events that led to the suspension of Kenya and Zimbabwe from the global and conditions that must be met before they can be readmitted.

The letter read: “The Fifa Council considered that the aforementioned circumstances were serious and constituted a clear case of undue interference by a third party,” the letter read.

“Therefore, based on Article 14 paragraphs 1 i) and 3 of the Fifa Statutes, – as well as Article 16 paragraph 1, under which the Fifa Council may, without a vote of the Congress, temporarily suspend with immediate effect a member association that seriously violates its obligations – the Fifa Council decided to suspend the FKF with immediate effect due to flagrant violations of the Fifa Statutes.

“Furthermore, and without prejudice to the ongoing investigations into the allegations of corruption, the Fifa Council decided that the lifting of the suspension be subject to the following conditions: The Cabinet Secretary’s decision of November 11, 2021, appointing the caretaker committee in lieu of the elected FKF Executive Committee

“Fifa’s receipt of confirmation from the FKF and its management, led by Vice-President Doris Petra and General Secretary Barry Otieno, that the FKF and its premises are once more under their full and unconditional control Consequently, and in accordance with article 13 of the FIFA Statutes, FKF loses all its membership rights as of February 24, 2022, until further notice.

“FKF representatives and club teams are therefore no longer entitled to take part in international competitions until the suspension is lifted. This also means that neither the FKF, nor any of its members or officials, may benefit from any development programmes, courses, or training from FIFA and/or CAF.

“Finally, notwithstanding this suspension imposed on the FKF and in line with Fifa’s zero-tolerance policy towards corruption and any other unethical conduct, Fifa reiterates its commitment to cooperating with any ongoing investigations regarding FKF officials.

“Fifa will, therefore, remain at the disposal of the national authorities during the suspension period.”