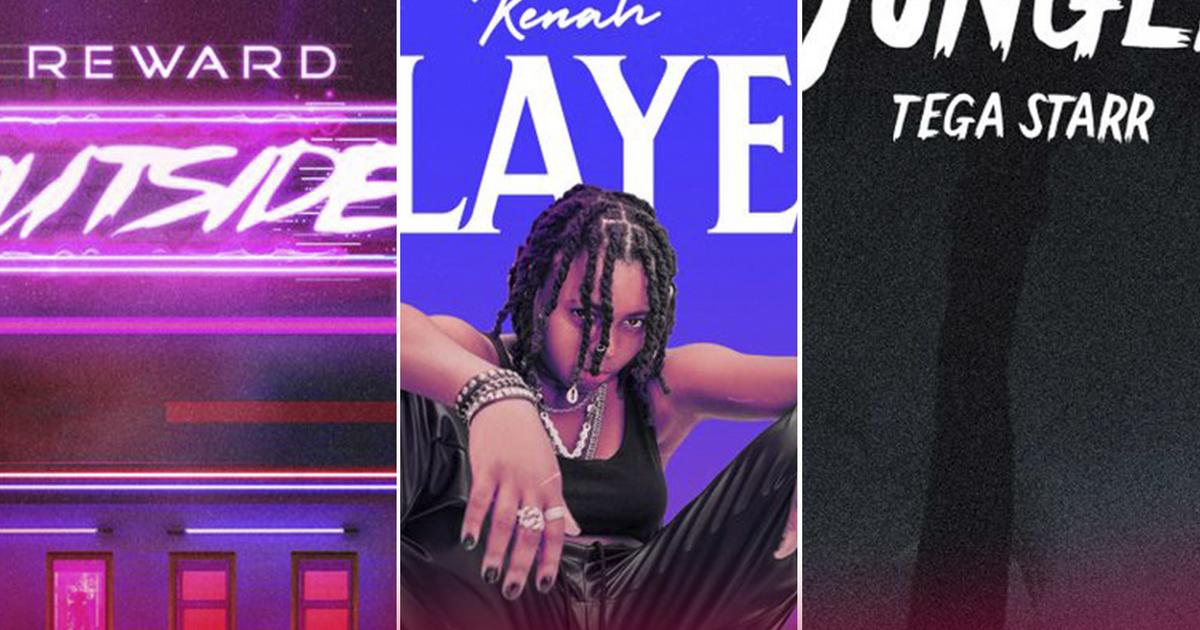 This song is a call to get everyone back on the road after our government mistreated our youth.

Reward Ehoro, better known as Reward, is a Nigerian singer who has released a banging song titled ‘Outside.’

‘Outside’ by Reward is an urban dancehall song about a desire to be outside. It says, ‘Give me that vibe and let us go OUTSIDE,’ and it’s a vibe. JimohSoundz produced the record.

Kenah, a highly talented music singer and vocalist on the rise, arrives on the scene with a fantastic new song titled “Player.”

This is an absolutely incredible melody that will have you engrossed in no time.

As a result, if you enjoy nice and caring music, this is an intriguing track that you should add to your music collection.

Samuel ‘Faze’ Ukpo, also known as ‘SammieFaze,’ is a Nigerian singer, rapper, songwriter, and performer from Boston, Massachusetts. One of the fastest rising afrobeats artists in Boston, the musical act’s music is a strong Fusion of early Afrobeats and Western pop music. SammieFaze, from Ohafia in Abia state, Nigeria, began singing and rapping at the age of 11.

‘Body Riddim,’ one of his records, speaks to us.

Aniebiet Double James, also known as AniJamz, is a talented young singer and songwriter. He was born on July 7, 1992, in Akwa Ibom State, Nigeria, and spent his childhood there.

AniJamz comes from a family of four, and he attended Monef Kiddies School for nursery and primary school, as well as Bright Model Secondary School for secondary school. He then proceeded to Heritage Polytechnic to study Computer Engineering.

The young singer discovered his proclivity for music at a young age. Leading interstate school gigs and coming out on top. He grew up watching a lot of television with his family, where he saw various music videos. He’d sing along, not missing a beat.

Obinna Okolie, also known as “Blinx,” is a Nigerian rapper, songwriter, and record producer. Born on January 7, 1991, in Enugu, Enugu State, Nigeria. Obi grew up in the south south, PH, and Yenegoa, Bayelsa, but moved to Cape Town, South Africa, at the age of 27, to further his education and pursue a music career.

He made his musical debut in 2019 with the release of two singles, “Six Figures” and “Suicide.”

Blinx currently had two EPs to his name: a solo effort, “PAIN, SUFFERING & SACRIFICE” (PSS), released in late 2021, and a collaborative project, ‘AFRO FROM A TRAP HOUSE’ (AFATH), with Doe Billz.

Adline Owens is a beautiful singer. The new ‘So Good’ is another lovely record.

In this new song, ‘Euphoria,’ the producer enlists the help of Victony, a talented Nigerian rapper and singer.

Smyley is another artist that resonates with us. The new ‘So Many Things I Like’ is nothing but fire.

Oxag, a newcomer, begins his musical journey with his debut single, Finish Work. The new song, produced by Victor Richman, is a mid-tempo, high-energy Afrobeats record. Oxag uses soft confident vocals and rhythmic beats to show love to beautiful Nigerian and African women all over the world, drawing on his rich Benin roots. The song is based on a real-life experience he had with a girl he used to date.

#BellaNaijaWeddings Weekly: Have an Awesome Weekend With all the Beautiful Features From This Week