FG: We will increase the minimum wage to respond to current realities 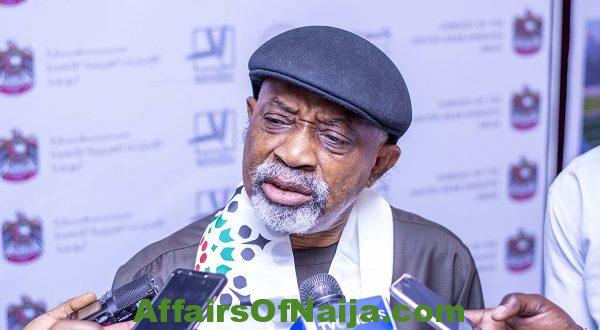 The federal government says it will increase workers’ base wages to meet the current realities of the country’s economy.

Chris Ngige, Minister of Labor and Employment, said this during the public presentation by the NLC of the publications of 40 entitled “contemporary history struggles” held in Abuja on Monday.

Le N000,000 the minimum wage was launched in 2019, however, after three years, some states have not yet implemented.

Ngige said the federal government was aware that the N30, the national minimum wage had depreciated.

He therefore said that the government would examine the possibility of ‘adjust wages.

“Yes, inflation has been on the rise all over the world and it is not just confined to Nigeria that is why in many jurisdictions it is of a wage adjustment at the moment.

“As the Nigerian government, we will adjust in line with what is happening in wages.

“Most importantly, the National Minimum Wage Law 2019, currently contains a clause for review, that we started then, I don’t know if it’s due next year or 2024.

“But before then the salary adjustment will reflect what is happening in the economy, just as the government started the adjustment with the Academic Staff Union of Universities (ASUU).

For his part, Festus Osifo, president of the Trades Union Congress (TUC), declared that the workers have been dominated and oppressed by the ruling class.

Osifo also stated that the N30, 000 the minimum wage was no longer achievable in the current economic circumstances, adding that the cost of transporting workers to work for a month exceeds their net salary.