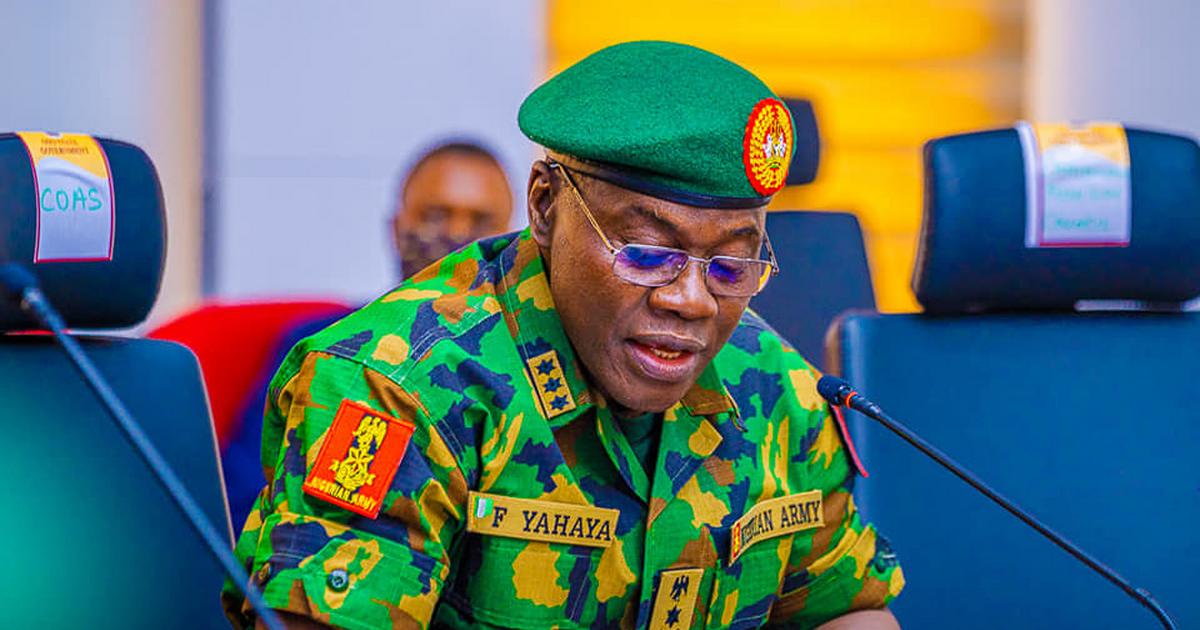 He said that his appointment by President Muhammadu Buhari came with a mandate to implement the approved reform of the ministry and armed forces, to enhance efficiency.

Kana added that when created, the new defence ministry would see the various services operating under the same roof in a ‘Pentagon-like’ style, where both military and civilian staff would be working together.

Kana said that he would also facilitate the repositioning of health and educational facilities owned by the armed forces for optimal performance.

He pledged to work with the Army Chief to develop ways to move the Nigerian army to greater heights.

“On my appointment as the Permanent Secretary of this ministry, I was given a specific task of ensuring that I facilitate the work of the armed forces.

“I was also given the task of implementing the reforms, which had been carried out and approved by Mr president.

“One of the important aspects of the reform which I have to state here is the creation of a new Ministry of Defence which will be like the Pentagon in the USA.

“If you enter the Pentagon, you see a mixture of military and civilians working together and that is going to be the nature of our new Ministry of Defence,” he said.

Responding, the Chief of Army Staff, Lt.-Gen. Faruk Yahaya, commended the permanent secretary for his efforts so far and pledged to ensure good and harmonious working relationship with the ministry, to move it forward.

Yahaya said that the issues of education and health were important to the military, adding that the army was committed to improving on the existing facilities to better standards.

He said that the army had been doing a lot to ensure that its schools remained schools of choice, adding that the army was ready to collaborate with the ministry to address the challenges.

According to him, health was very important for members of the armed forces because military personnel must be physically and mentally fit to be able to perform assigned tasks.

“We are already doing a lot in our medical facilities right from our hospitals, though we are ready to work towards improving and making them world class.

“We are always willing to interface with you on the legal issues with a view to strengthening them, where they exist.

“We are committed to tackling the security challenges headlong and our successes starting from the northeast are commendable,“ he said.

The COAS assured the permanent secretary of the determination of the Nigerian army to tackle all security challenges bedeviling the country, saying that the military would not be deterred.

He called on all Nigerians to support the efforts of the military by availing them with the relevant information needed to address the prevailing security situation.

The News Agency of Nigeria (NAN) reports that Kana, who was appointed recently as permanent secretary, had earlier visited the Defence Headquarters, where he interacted with the Chief of Defence Staff, Gen. Lucky Irabor, and principal staff officers.

He also visited the Naval and Air Force Headquarters for a similar purpose.