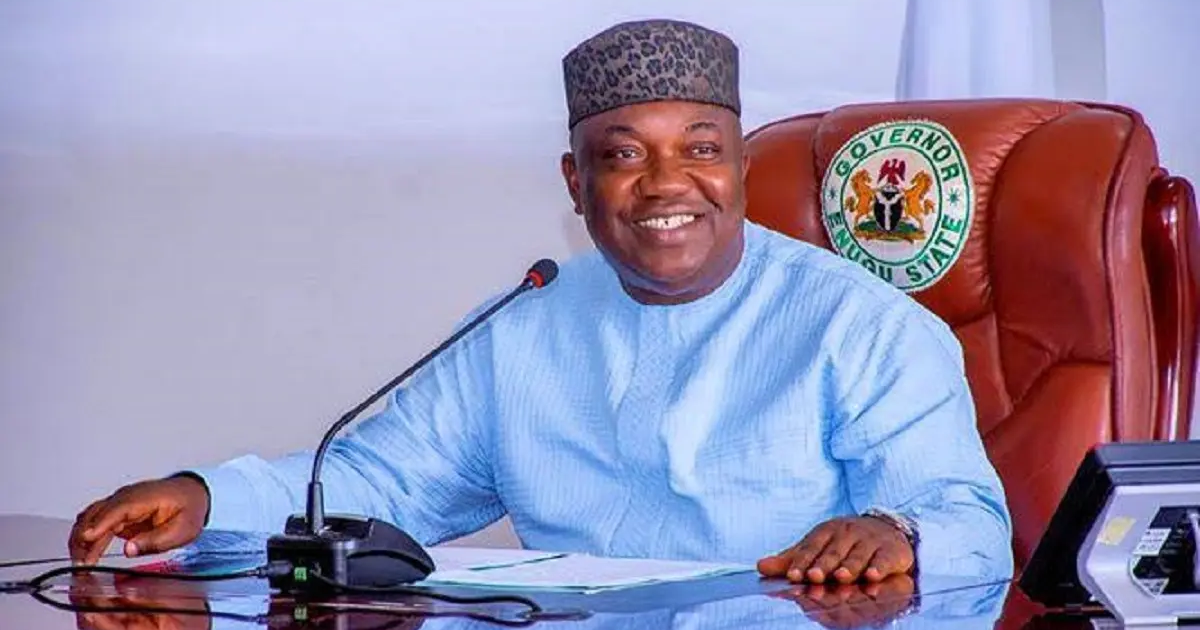 PDP leaders – They thanked the governor for his support, love and administration’s uncommon transformational agenda in the council area.

Expressing gratitude to the governor, the leaders thanked him for the numerous face-lifting infrastructural projects his administration has executed in the LGA, as well as the appointment of their sons and daughters into various public positions.

The Uzo-Uwani leaders reaffirmed their solidarity, unflinching loyalty and support for Ugwuanyi, stressing that they were solidly behind him and would give him 100 per cent votes in 2023.

Speaking on behalf of the people, the council Chairman, Mr Chukwudi Nnadozie said: “Your Excellency, you have done you own part. What we are waiting is 2023 when we will give you our 100 per cent support.

“One vote will not miss from the primaries to the general elections as our people have vowed that nobody will penetrate them; that they are intact for you.

“Your Excellency, we are here to thank you for all your support, love and the face-lift you have given to Uzo Uwani since you assumed office in 2019.

“You started by making sure that you restored peace and security, safeguarding the lives of the people of Uzo Uwani, among other interventions. We cannot take that for granted,” he said.

Also speaking, the Commissioner for Agriculture, Mr Matthew Idu, who corroborated what the council chairman said, described Ugwuanyi as a peace maker and a great achiever, stressing that their loyalty and support for him were overwhelming.

A PDP Chieftain, Chief Maxi Ukuta, lauded the governor for the successful conduct of the local government elections.

Ukuta stated that Ugwuanyi had “been acknowledged worldwide as a man of peace”, adding that “this is enormous and important to us”.

The elder statesman told the governor that Uzo Uwani LGA would support him more than any other council area, pointing out that “it is based on your sense of equity, good conscience and being a very decent man”.

“Gov. Ugwuanyi is not called a man of peace for nothing, he has a very active conscience and he does not believe in injustice.

“Your Excellency, we are solidly behind you. All the aces are in your favour and you must not be shaken.

“Thanks to God you are a man of political sagacity and nobody can beat you to it,” he said.