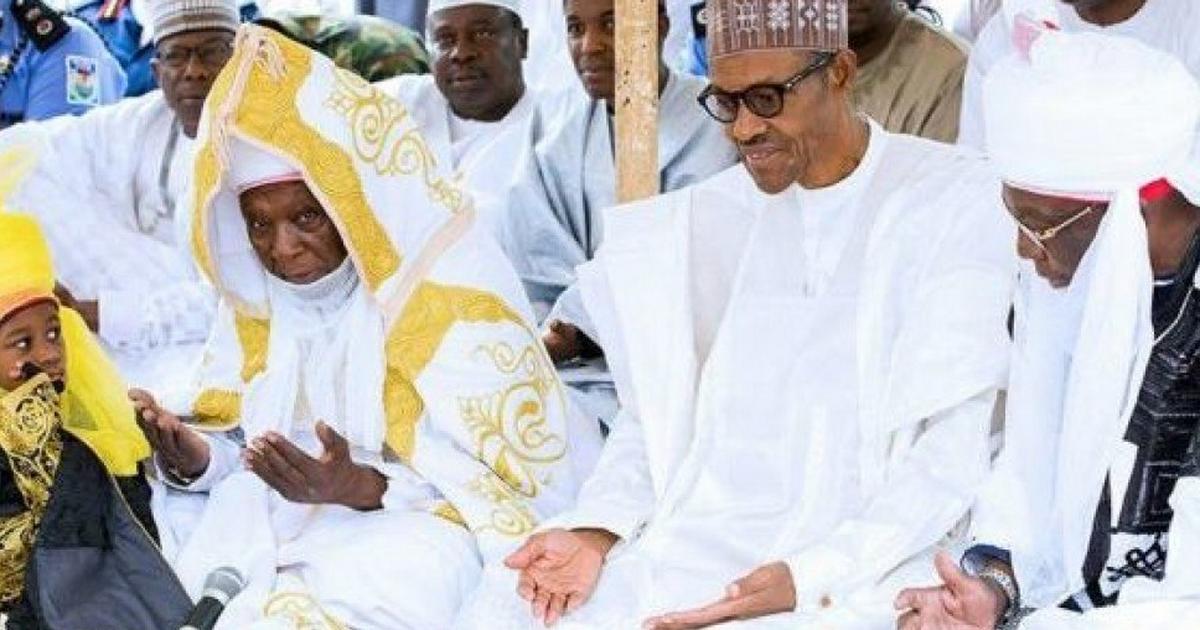 In his congratulatory message, Buhari boasted that the final victory over terrorists in the country is near.

He promised that his regime will ensure that there is no shortage of funds to provide security for Nigerians.

His Eid-el-fitr message was contained in a statement by his Senior Special Assistant on Media and Publicity, Garba Shehu, titled ‘Sallah: President Buhari appraises security situation, assures of funding.’

The statement quoted the president as saying that, “The battle waged against terrorists who falsely masquerade under the name of Islam is approaching its conclusion.

“The fight has been long and hard. Final victory is within sight. Boko Haram and its offshoots’ final embers are now fading. Last month, the leader of ISWAP was killed in an airstrike. Since the New Year, thousands of fighters have surrendered to enter rehabilitation programmes.

“The territories they used to occupy are now seeing the return of those who were forced to flee their barbarity. Normality is finally beginning to return to the Northeast. It is a long process. Yet it is one we are, together, now embarking upon.

“With the designation of bandit groups as terrorists, the challenges of banditry and kidnapping are being tackled differently in the North-western and North Central states where the latest military acquisitions and the Armed Forces are being fanned out across the region to thwart acts of terror.”

In his Sallah message, the President of the Senate, Ahmad Lawan, advised Muslim faithful to imbibe the lessons of self restraint, sacrifice, charity and sharing with their neighbours and the needy, in their daily lives.

He made the call in a statement made available by his Special Adviser (Media), Ola Awoniyi.

“As Nigerians, we should avoid whatever that is forbidden by our faith and engage in what is right and be good representatives of our faith.

“We are to embrace whatever that strengthens the unity of our nation and continuously abhor whatever threatens peace,” he said.

Sanwo-Olu, in a statement by his Chief Press Secretary, Mr Gboyega Akosile, urged Muslims to continue to display the virtues inherent in Ramadan, adding that all hands must be on the deck to address insecurity and other burning issues in the nation.

“I want to urge my dear Muslim brothers and sisters to continue to emulate the good virtues inherent in Ramadan, such as helping the poor and the vulnerable in the society, offering gratitude to Allah, showing compassion and generosity to one another, among other good deeds that guide your faith,” he said.

The Governor of Jigawa State urged Nigerians to imbibe the spirit of brotherhood and peaceful coexistence in their relationship as they celebrate this year’s Sallah.

Yobe State governor called on Muslims to inculcate the virtues of patience, devotion, self-control, humility, kindness, forgiveness and other virtues of Islam on display during Ramadan beyond the season.

The Governor of Edo State charged Muslim faithful to sustain the lessons of sacrifice, selflessness, tolerance, discipline and love learnt during the period of Ramadan.

The Ogun State Governor, in a statement by his Chief Press Secretary, Kunle Somorin, enjoined Muslims to continue to hold on to the piety and spiritual elevation attained during the fasting.

Cross River State Governor, Prof Ben Ayade, urged Muslims to imbibe the teachings of the Prophet Muhammed on the essence of religious obligation, insisting that “this is the time, more than ever before, to connect to the virtue of love, compassion, unity and generosity which Prophet Muhammed symbolises and which the holy month of Ramadan taught us.”

The admonition was contained in an Eid-El-Fitri message signed by the governor’s Special Adviser on Media and Publicity, Mr Christian Ita.