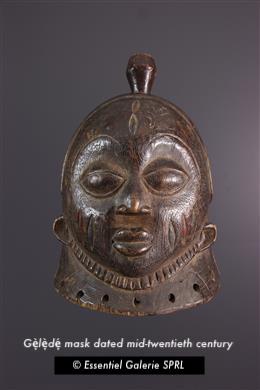 I recently discovered that Yoruba culture is celebrated in Brazil, and the Brazilian government has made it compulsory for African history and the Yoruba language to be studied in primary and secondary schools in the country.

While I was contemplating this amazing news, here in Nigeria, a colleague told me the story of how a Yoruba subject teacher was lambasted by older colleagues for teaching cultural heritage to children. This happened in a school located in the heart of Yoruba land.

Where does one even begin with this?

Our cultural heritage is the lens through which we contemplate and interact with the world. There should be no shame in learning about our culture; it is the essence of our identity.

When we teach our children about their heritage, it makes them feel confident about their place in the world. An old friend of mine told me how she always felt like an outcast. Her father is Nigerian, and her mother Austrian. When she lived in Nigeria, she always felt as if she did not belong. Her unique cultural heritage was not valued in whichever side of the world she found herself. In Nigeria, she was foreign – too oyinbo. In her mother’s village, she was simply black. She barely knew about her Nigerian culture, and in Austria, she was not fully accepted as Austrian. It put a huge strain on her.

In Nigeria, a lot of our collective and individual sense of self and belonging — our social consciousness — has been lost due to the wave of different colonial influences. There is a reason for this, and we have to dig into history to get some answers.

By the first century of the Common Era, the Roman empire was officially polytheistic — they promoted the worship of many gods and goddesses. Today, all over Europe, their culture is depicted in statues, paintings, pottery, textiles, architecture and various artistic depictions where winged creatures and various animals are merged with the human form.

In mediaeval Europe, belief in witches was common. By 1550, church authorities championed the notion that witches existed, and that in order to protect people, witches had to be eradicated wherever they were found. This led to a massive witch hunt that stretched for about 350 years. Between c. 1400 and c. 1750, over 100,000 European women were tried for witchcraft, and about half of them were executed, with the highest numbers per capita located in Germany and in Switzerland.

Among the various religious sects in Europe where confessional competition was fierce, witch hunts and witch trials were often frequent because of the search for economic gain by various religious factions. In simple terms, where church authorities sought to “win souls” through religious marketing campaigns to swell the church’s purse, witch hunts occurred, and people labelled as witches were burnt to death at public mass killings.

While witch trials were rife in Europe, the Gẹ̀lẹ̀dẹ́ society in Yoruba land chose to foster peace and social harmony through their annual Gẹ̀lẹ̀dẹ́ festival.

The Gẹ̀lẹ̀dẹ́ social order is a sociopolitical framework which regulates human behaviour for tranquillity in the community, applying knowledge, religion, ethics, diplomacy, and creativity to improve the well-being of people.

This tradition puts a special emphasis on good human conduct. It especially focuses on women, and helps to regulate wholesome gender relations in the society.

The Elegance of The Gẹ̀lẹ̀dẹ́ Social Agenda

The first time I unpacked a Gẹ̀lẹ̀dẹ́ mask from an art studio in Belgium, I was fascinated by the beauty of the mask. However, my deep sense of awe quickly gave way to a wave of emotions that threatened to submerge me as I painfully contemplated the fact that I know nothing about this festival. I am ignorant of its historical value in my heritage. Why was I not taught about this festival in Nigeria?

As I researched some more, I found out that UNESCO has placed the Gẹ̀lẹ̀dẹ́ festival on the Representative List of the Intangible Cultural Heritage of Humanity. That is a big deal.

The Gẹ̀lẹ̀dẹ́ society structures the mindset of the people — it cultivates good gender relations in the community, and strongly encourages a pro-women stance. One reason for this wisdom is that society understands that humanity’s preservation is hinged on the role of women as mothers. Women give birth to children, therefore, if humanity is to survive, women need to be able to fulfil their role as mothers for the well-being of society.

Since Gẹ̀lẹ̀dẹ́ effectively educates people about respecting women, it should become an integral part of life. Embracing the deep societal values of Gẹ̀lẹ̀dẹ́ may be the key to cultivating good character in people regarding gender relations. Wouldn’t it be awesome if the normalisation of gender human rights in society comes from an ancestral Yoruba tradition?

Our brief foray into history leads us to Britain, due to the colonial antecedent with Nigeria. Misogynist social views and patriarchal tendencies were common in Victorian England where women were mostly confined to the domestic sphere, even though the country was ruled by a woman at the time. This continued into the Edwardian period where women were regarded as second-class citizens. In Africa, this attitude was imported into colonial-era laws which flattened the status of African women.

This “tradition” of viewing women as second-class is not our tradition; it is a relic from the British colonial days. Our indigenous culture has always upheld the principle of female-centric authority and power. The Gẹ̀lẹ̀dẹ́ social order, Ogu Umunwanyi and Ekong Iban women’s protest of 1929 in Oloko, led by Madam Ikonna in the South-East, Queen Amina of Zazzau’s exploits, and so on, illustrate this fact. We need to get rid of the stockholm syndrome variant of British Empire nostalgia which may be lurking in some minds, and embrace our indigenous heritage of healthy gender relations by treating women with respect.

This is who we truly are.