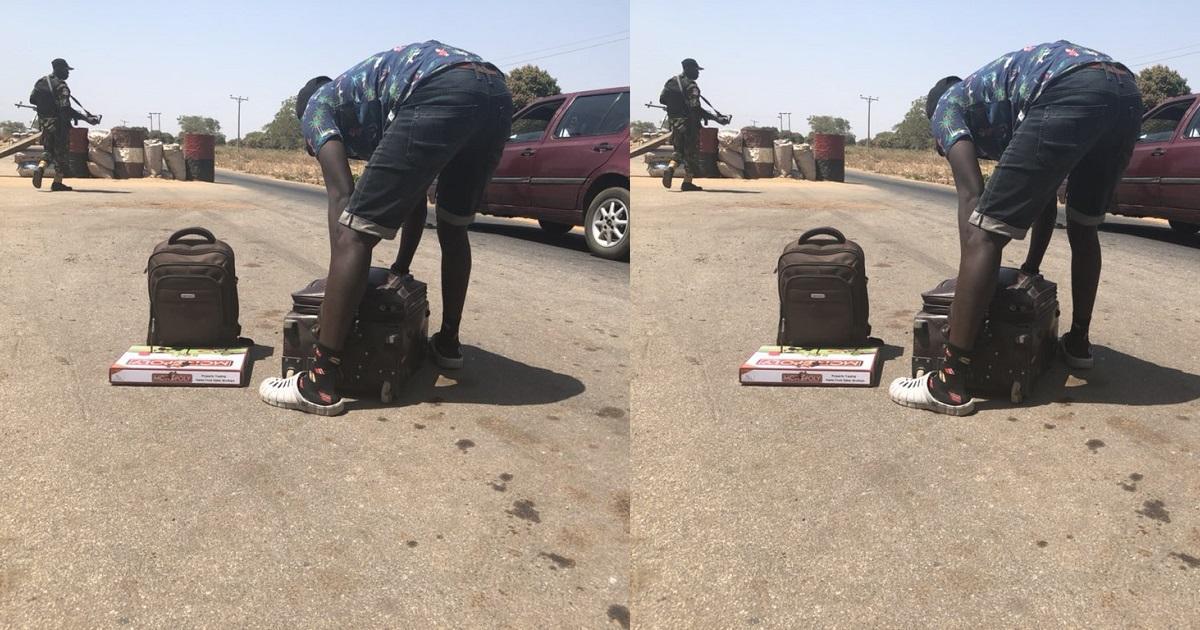 A Nigerian man has taken to Twitter to lament being unfairly treated after a military officer forcefully cut his hair at a checkpoint in Kaduna.

The Twitter user identified as @its_freezle said he was traveling from Kaduna to Jos with two of his friends when they were stopped by military officers at Kurmi Idion. He noted that the officers asked them to remove their caps and on seeing his hairstyle, tagged him irresponsible.

He added that the military officer asked him to go to a nearby barbing salon to have his hair shaved before he could continue his journey.

He alleged that when he refused to leave the scene to a nearby barbing saloon, the officer ordered his colleague to use a scissor they had with them to cut it. He added that when he tried to resist them from cutting his hair, the officers corked their guns and threatened to shoot him.

Narrating the incident, he wrote in part,

“DO WE STILL HAVE RIGHTS IN NIGERIA?
I have always been a patriotic nigerian in speech and in action. But today I experienced the most embarrassing and humiliating thing in my life. I have heard this happen to people but it became real to me today. I, @pdshugar & @Kuturanki where coming to Jos from #kaduna, we’ve passed serval checking points but on arriving a check point at “KURMI IDON” a military man asked us all to come down, he told all my friends to take off their caps and I was the only one with much hair. so he insulted me and called me Irresponsible because I was not on low cut.

Comparing me with my friends. He went further to say I should go to a near by barbing saloon to cut my hair if not he won’t let us go, which I wasn’t ready to do. So he asked his other colleague to cut my hair with a scissors, I pulled back, immediately, the other military guy cocked his gun to shoot me, and the other attempted to hit me with the head of his rifle. so i stood and the guy put the scissors ✂️ into my hair.”

Read his full story below,