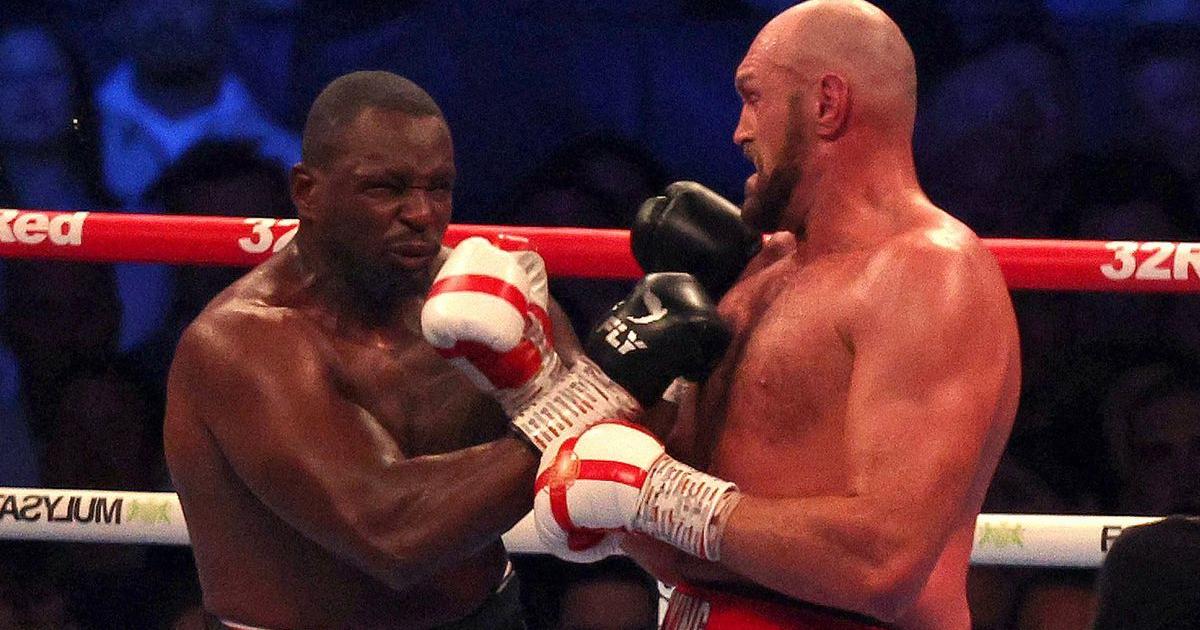 Then again, perhaps that is the point of being the most skilled heavyweight of your generation: with a steady hand, one can write history with a flourish.

If the 33-year-old is to be believed, this was his final fight as a professional (not that that stopped him from teasing a crossover fight with UFC heavyweight champion Francis Ngannou right after). It would see Fury walk away from the sport undefeated, an accomplishment that is historically uncommon in the division.

On that basis, there seems to be a rush to anoint him as one of the sport’s greatest champions at the weight already. It is easy to see why: speculating across generations is a fool’s errand, but Fury would almost certainly have been a nightmare to fight against in any era. He simply is a freak of nature, with his cartoonish physical dimensions married with a ring IQ and uncanny adaptability inside the ring. Oh, and his chin isn’t half bad.

Be that as it may, that is no way to determine or confer GOAT status. There simply is no means by which to eliminate the element of speciation, and to aver Fury’s greatness regardless of era would be an insult to the intelligence and skill of those who went before. Many, no doubt, would have relished the test: Larry Holmes with his stiff, surgical jab for example, or more recently Lennox Lewis’ sheer physical strength and nearly identical reach.

The only fair, objective metric for vetting a GOAT claim has to be the fighter’s resumé during his own era. And while Fury has never been beaten, in truth his retinue of fights is distinctly underwhelming.

Some of that is no doubt to do with his close to three-year absence from the ring when he ballooned in weight and suffered from depression and substance abuse. Regrettable and dark as that episode was though, it is impossible to legislate for what did not happen.

In total, Fury has had five world title bouts in his entire career, a positively measly haul that is bested even within his own era by Anthony Joshua’s 11 (nine wins). Three of them came against the same man – Deontay Wilder, a one-handed, one-trick knockout artist with plenty of heart but no coordination or stamina.

Beyond that, the pickings are slim. Two wins over Derek Chisora – in 2011 and 2014 – punctuate a list of journeymen and no-hopers. Since his return in 2018, four of his six opponents have been Sefer Seferi, Francesco Pianeta, Tom Schwarz and Otto Wallin, none of whom were even ranked inside the top 20 in the world on BoxRec when he fought them.

Fury is many things, including a consummate entertainer and the topmost talker of his generation. His gruff, everyman persona is also endearing to many, as is his physique, which is, to put it mildly, far from unattainable in the eyes of the average person. He is a far more aspirational, relatable character in that respect, and so it is easy to see why he is so popular, despite a style that was, for much of his career, considered rather boring.

However, what he does not get to do is bluff his way into the pantheon of all-time greats.

Muhammad Ali proclaimed himself the greatest, but contestable as that claim was, he nevertheless fought every heavyweight of note in his day, and won against most of them too. Joe Louis defended the heavyweight crown 26 times, a record that stands to this day. Rocky Marciano fought everyone in his era as well, and still retired undefeated at 49-0. Both Lewis and Mike Tyson held all major titles on offer at the same time, with the latter still the youngest ever heavyweight champion of the world. Klitschko reigned unbroken for 9 years, the second-longest title reign of all time.

What exactly is Fury’s claim to greatness supposed to be? He lacks longevity, resumé, title defences or any striking historic achievement.

Fury as a GOAT candidate is a risible claim, but perhaps that’s a sign of the times we live in: the more knowledge there is out there, the less people care about any of it. Post-truth times, ladies and gentlemen.