Depay, Ansu Fati return for Barcelona in 2-1 win vs Mallorca 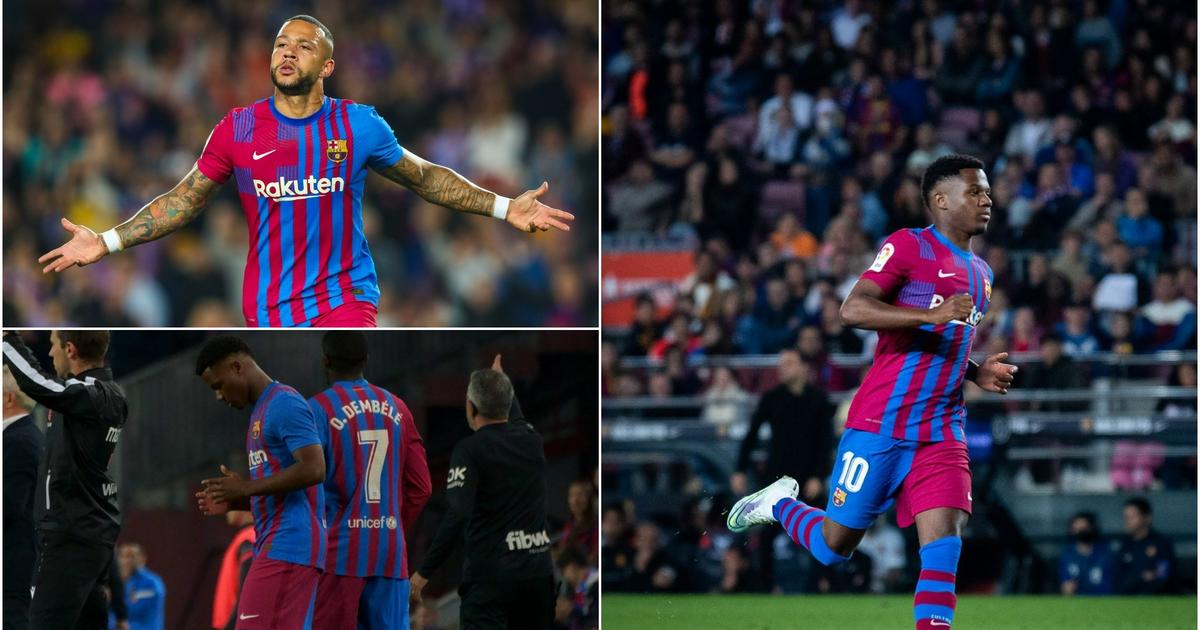 Barcelona are determined to finish 2nd in La Liga after Real Madrid won the title.

Barcelona recorded a 2-1 victory against Mallorca in a La Liga fixture played on Sunday, May 1, 2022.

After three consecutive losses at Camp Nou, Barcelona were desperate to return to winning ways.

Rivals Madrid defeated Espanyol to claim the 2021/22 La Liga title as Barcelona are still on the hunt for Champions League football next season.

Barcelona started well and were rewarded in the 25th minute when Memphis Depay connected with a long ball to him by Jordi Alba to give them a lead to the halftime break.

In the 54th minute, Barcelona got their second of the game when captain Sergio Busquets pounced on a rebound.

The 19-year-old replaced Ferran Torres to take part in his first game since January.

Shortly after the introduction of Fati, Antonio Raillo was assisted by Salva Sevilla to pull one back for Mallorca.

Barcelona would hold on to get all three points as they continue their aim to secure Champions League football.

Reactions as Ansu Fati returns for Barcelona against Mallorca

Speaking after the game, Barcelona boss Xavi said, “I am happy that Ansu Fati is back. Everyone did a great job.

“The goal? We are close to returning to the Champions League and we have to see what happens.”

Strike: Osinbajo appeals to ASUU, others to embrace dialogue