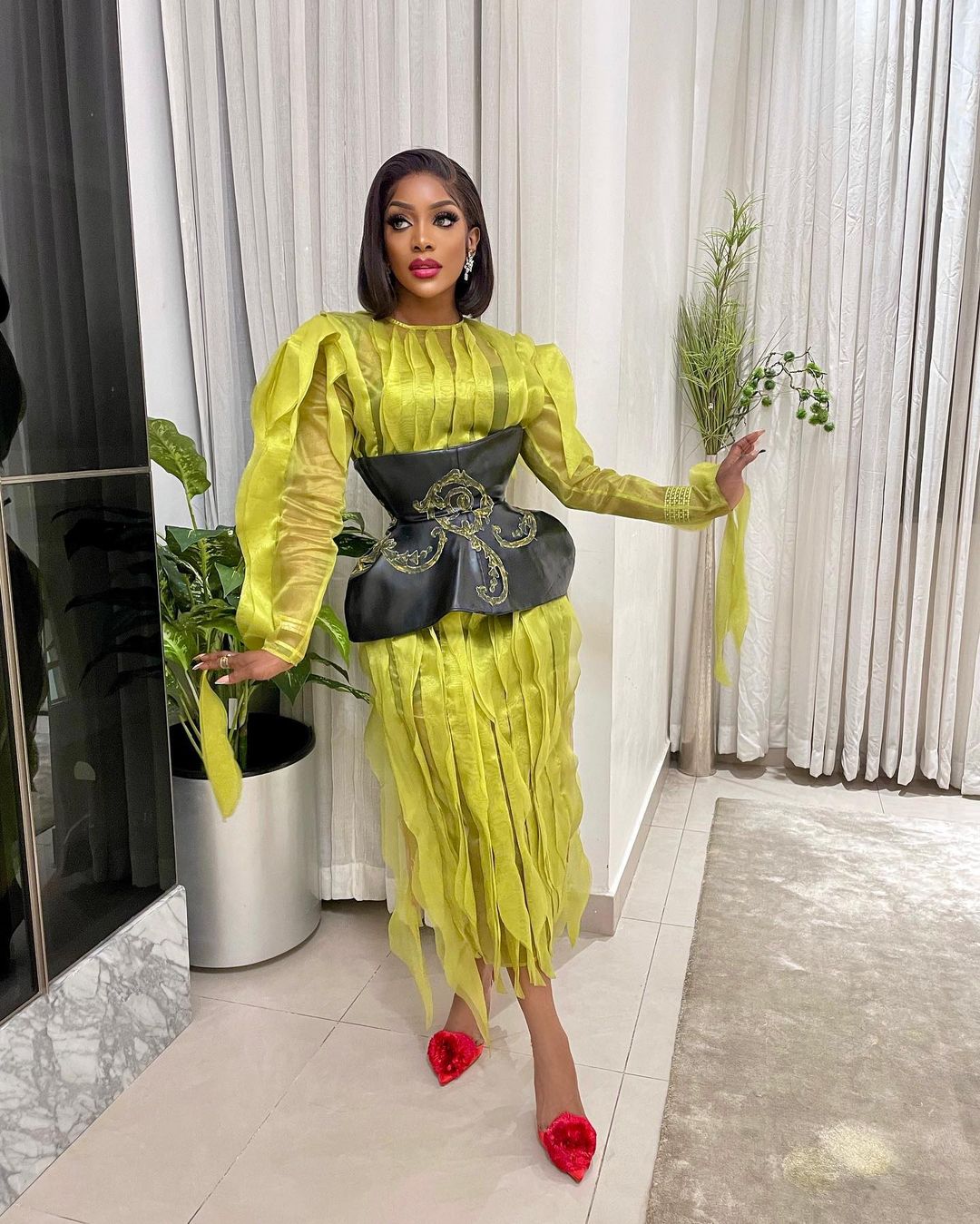 Beauty entrepreneur and television personality Chioma Ikokwu aka Chioma Good Hair is known for her statement-making looks that always make heads turn whenever she steps out. It goes without saying that we can’t get over her latest next-level fashion on The Real Housewives Of Lagos reality show.

The RHOL star has rocked exaggerated sleeves, statement earrings and plenty of fabulous hairstyles in just the first four episodes of the debut season, further solidifying her spot on our mental style icon list.

In fact, Chioma’s debut season ensembles have been so on point, that we just had to take a moment to show our appreciation. Let’s recap a bit, shall we? Here are some of Chioma’s diary outfits that have us obsessed.

Visit www.bellanaijastyle.com to stay up to date with the latest in African fashion and lifestyle

For her next tea-spilling session, Chioma switched her bob to a high bun topped with subtle glam and bold lashes. Her second outfit is one for the books. The style star paired a one-shoulder corset floral top featuring a matching side trail with shining teal pants. Chioma accented with statement jewellery and wrapped her clear strappy stilettos around the hem of her trousers.

The third diary look that caught our attention is the glittering pink ruffled one-shoulder organza top which Chioma wore with a straight black suede skirt. She accented her outfit with minimal jewellery and kept her makeup glamorous, switching her hairstyle to a half-up, half-down.

One look from her diary session on the RHOL that lives rent-free in our heads? Weiz Dhurm Franklyn’s ruched one-sided asymmetric pleated red dress decorated with an embroidered crystal leaf motif. Chioma opted for her signature makeup look, which she paired with an auburn wavy bun with two face-framing tendrils.