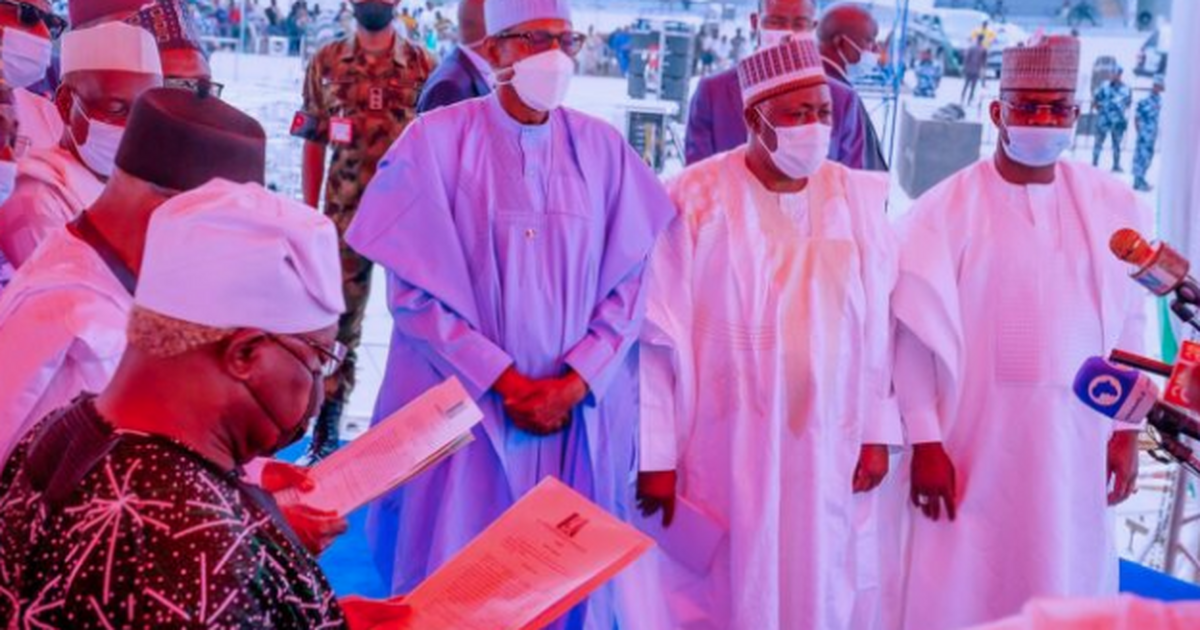 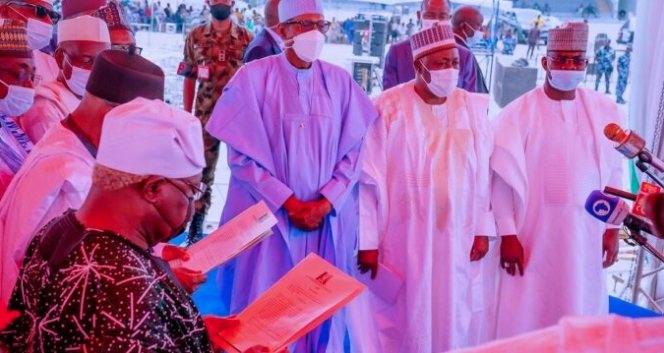 According to the president, the unity of members at the convention puts the party on a firmer footing for victory at the 2023 general elections.

The president returned to the convention ground at the Eagle Square on Sunday morning, along with Vice-President Yemi Osinbajo and the Senate President to witness and celebrate the inauguration of the elected party executives.

He remarked that the smooth conduct of the election raised the prospect of a mouth-watering APC victory in 2023.

“The APC convention hosted last weekend sets the scene for an APC victory in the presidential and general elections in 2023.

“It was a victory over naysayers who believed the party was divided but were disappointed.

“We believe that it was equally a victory for the president who ensured unity across all party positions.

“It was victory for voters in Nigeria who can now be assured of a smooth succession to new leadership in 2023,’’ Shehu stated.

He added that the president frowned at the peddling and promotion of fake news about divisions in the party in some sections of the media.

“What the convention made clear was how the media has been peddling fake news of division when the hard reality of unity, cohesion, and indeed personal warmth between members of the party’s leaders – incoming and outgoing – was evident for all to see.

“Of course, the blame for this mind set ought to go to the opposition which in all these years had worked to divide the country, leading to all manner of separatist agitations.

“But this is not the wish nor is it in the character of the citizens as was clear for everyone to see at the Eagle Square.

“When their fake news of disunity was undone by the facts, some in the opposition could not help themselves but to take to newspapers and the airwaves to find another way to shore up their reputations.

“That some of the APC’s new leadership were once in the opposition was the new line to take to the media, somehow suggesting that those who have left one party should not hold positions in another.

“Yet, do the scriptures not teach us of the virtue of sinners who repent and change their ways,’’? he stated.

Shehu stated also that the president said the stage was set for the APC primary elections later this year when the party’s new flag bearers would emerge.

“But voters can see through such acrobatics and they know that when the contests for 2023 come, APC offers a track record of successes and leadership, while the opposition has only decades of failure and complicity,’’ he added.

Jollof Derby: ‘That’s not my decision’ – Calvin Bassey on calls for him to start against Ghana