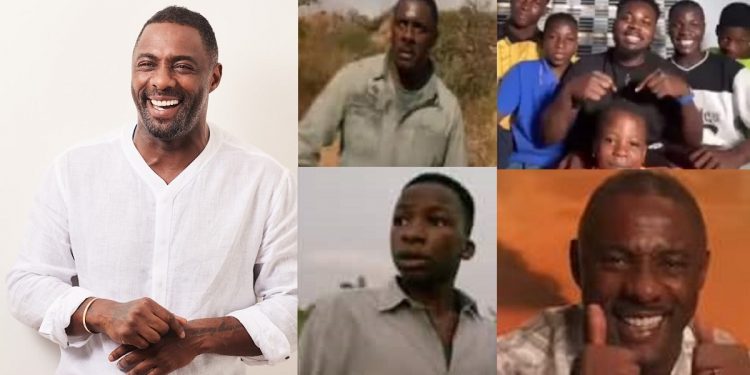 The youngsters, famous for recreating scenes from music videos and top movies, made an impressive recreation of Idris Elba’s new movie, Beast.

The comic group recreated the movie’s trailer using interesting props that mirrored some of the scenes from the movie.

The actor was impressed by the creative piece as they showed him on a video call and he commended their talents.

While sharing the video on their Instagram page, Ikorodu Bois said it was a dream come true for them to speak with the award-winning thespian.

“We had the chance to show @idriselba our version of #beastmovie and he definitely love it!!!🤩🤩❤️❤️❤️ we love you @idriselba”, they captioned the video.

A while ago, Ikorodu Bois featured on a billboard on the ever-busy Times Square in New York.

The popular group which consists of 3 boys, are known to recreate movie scenes, music videos, viral videos of celebrities as well as loved up moments shared by entertainers with their partners.

The little lads’ appearance on the New York Times Square’s billboard is courtesy of Netflix — the movie-production company that has a number of times, revealed how impressed they are with the young boys craft.

On the billboard was a short video collection of the boys while at work with their director, who is the elder brother to two members of the group.

READ ALSO  "What other people think about me is none of my business" – DJ Cuppy says
Tags: ENTERTAINMENT NEWSIdris ElbaIkorodu Bois
ADVERTISEMENT
Previous Post