#BBNaija: “Some of you are clearly still pained that I made the top 5 during lockdown” – Neo slams the naysayers 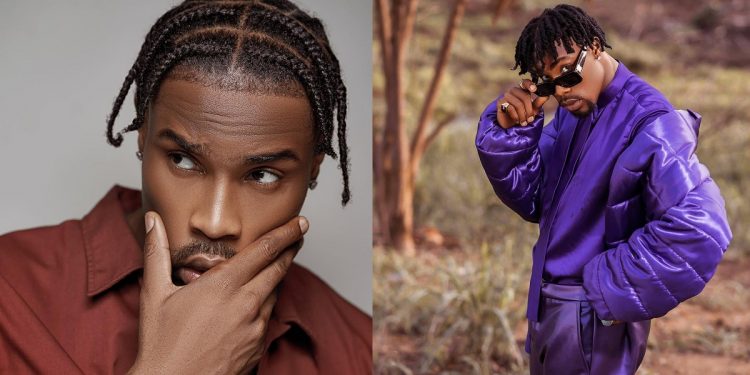 Former Big Brother Naija housemate, Neo Akpofure has recently taken a hit against the naysayers, who he says are “still pained”, he was among the top 5 housemates who reached the final during the lockdown season .

Two seasons ago Neo was one of the finalists alongside his then love Vee and for a lot of viewers they couldn’t quite put their finger on the way from which he had come so far.

After Monday night’s Head of House challenge which saw Chichi become the winner and the ultimate holder of the power of veto, Neo took to Twitter to brag once again.

“Some of you are clearly still pained, I made the top 5 during the lockdown. Grace made this happen and you can’t change this, just heal and move forward in peace.”

Some time ago, reality TV star and singer, Victoria Adeyele, better known as Vee, hinted that she was ready to open her heart to love after his split from her ex-boyfriend and co-star, Neo Akpofure.

Remember that Vee was an element with Neo after they met on the 5th edition of the Big Brother Naija show, but unfortunately they broke up for the best reasons known to them.

They confirmed their separation in tweets they posted on their respective Twitter pages in April 2022.

Vee tweeted, “It could have been yours but you uliez play”

, while Neo wrote, “I could be many things but never a play boy”.

Well, the 25 the year-old singer later said she was ready to give love another chance.

She tweeted, “I think I’m ready for love again 🤔”

"Who's gonna help you, not stress you out" - Singer, Portable says as he video calls his colleague, Berri Tiga (Video)